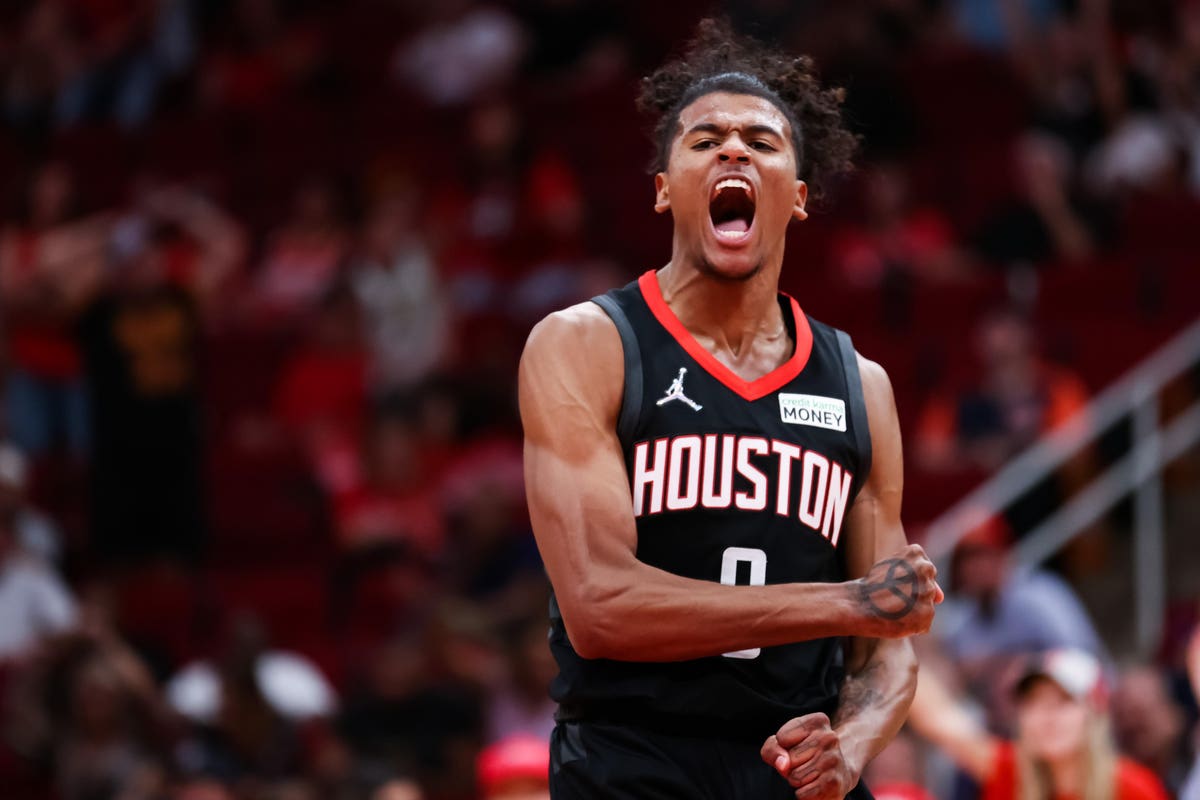 It is a known strategy. If an NBA team is going to be near to the bottom of the standings, they want to be bad enough to stay there and get a high draft pick. And if they are replete with young talent on the way down to whom they give plenty of developmental minutes – and whose mistakes, given the pursuit of losses, are to be somewhat welcomed – it is even better.

Having lumbered through stage one of this strategy in the 2020-21 season, the Houston Rockets were able to land the second overall pick in the 2021 NBA Draft, and with that, they were able to select Jalen Green out of Gonzaga. With no other senior guards brought in, and already with a shortage of veteran options in the backcourt after the trade of James Harden the previous season, the aim was to give Green the role and help him to figure it out throughout the course of the season, improving as an individual and as a team, while hopefully still losing on the way.

The strategy has worked, on both counts. A loss in their final game of the season (their seventh in a row) ensured an NBA-worst 20-62 record, and in said loss, Green scored 41 points. That 41 points was not an aberration, but the final (for now) step in a season of continued quantifiable growth for a young player with a very high ceiling.

As a total body of work, it requires only a cursory understanding of advanced NBA statistics to see Green’s overall struggles. His -0.6 Value Over Replacement Player rating was the worst on the team and one of the worst in the league, and while there was volume to his scoring, there was not always efficiency.

To score his 16.9 points per game, Green required 14.1 shots to do it and a .543 true shooting percentage, an average mark that needs to improve from a man who figures to be best as a scorer at the top level. The Rockets played at the league’s fastest pace, as teams with young backcourts and free rein are wont to do, and that is responsible for much of Green’s volume of points – as a highly athletic player who thrives in transition, Green’s efficacy in this area was never in doubt.

But the total body of work was never really the point. Surrounded by other young players finding their feet (particularly Kevin Porter Jr still learning the point guard position and fellow rookie Alperen Sengun at centre) veterans playing out their contracts and marginal players thrust into oversized roles, the circumstances, by design, were not meant to flatter or favour. What mattered was whether he could be seen to improve as time went on.

More comfortable with NBA spacing and his management of time and score, Green was becoming a multi-option threat, willing to rise up over people from outside while also very able to use his speed and get to the rim, where he was an efficient finisher as long as he could get right to it. The in-between game, non-dunk finishing and runners all need work, but all also figure to improve as his strength does – such is the benefit of drafting players as young as Green, who only turned 20 in February.

Defensively, too, Green showed good promise. His length, frame and speed could see him become a strong multi-option defender in time, and in isolation at the two guard spot, he has already shown his worth. There were positional errors on the second-worst defensive team in the league, but just like his scoring game, the tools and the signs are there.

With a burst of five consecutive 30+-point games just before the 41-point outing, broken up only by one 8-point aberration, Green crescendoed throughout the season. It is perhaps too late for him to stake a claim to the Rookie of the Year award, competing with fellow top-four picks Cade Cunningham, Evan Mobley and Scottie Barnes. But ultimately, to the Rockets, that will matter now. What matters is that Green, as evidenced in that final seven-game burst, continued to improve. And given that the Rockets lost all seven games anyway, even better.

SEATTLE--(BUSINESS WIRE)--(NASDAQ: RDFN) —The housing market turned a corner in April as the inventory crunch showed signs of easing, according to a … END_OF_DOCUMENT_TOKEN_TO_BE_REPLACED

We present a chance to live like Rocky Mountain royalty right in the heart of Denver. “You don't see a lot of castles in the middle of Denver—and this … END_OF_DOCUMENT_TOKEN_TO_BE_REPLACED