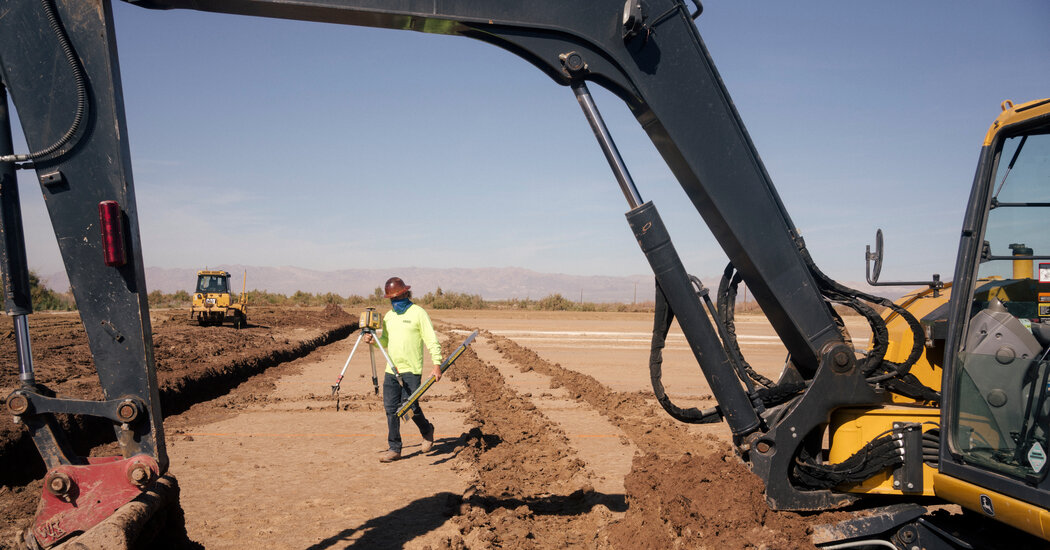 The United States needs to quickly find new supplies of lithium as automakers ramp up manufacturing of electric vehicles.

Lithium is used in electric car batteries because it is lightweight, can store lots of energy and can be repeatedly recharged. Other ingredients like cobalt are needed to keep the battery stable.

But production of raw materials like lithium, cobalt and nickel that are essential to these technologies are often ruinous to land, water, wildlife and people, Ivan Penn and Eric Lipton report for The New York Times. Mining is one of the dirtiest businesses out there.

That environmental toll has often been overlooked in part because there is a race underway among the United States, China, Europe and other major powers. Echoing past contests and wars over gold and oil, governments are fighting for supremacy over minerals that could help countries achieve economic and technological dominance for decades to come.

hired in January by ​Piedmont Lithium, which is working to build an open-pit mine in North Carolina and is one of several companies that have created a trade association for the industry.

So far, the Biden administration has not moved to help push more environmentally friendly options — like lithium brine extraction, instead of open pit mines. Ultimately, federal and state officials will decide which of the two methods is approved. Both could take hold. Much will depend on how successful environmentalists, tribes and local groups are in blocking projects.

Listed on April 21 for $2,395,000 with Adam Weissman of Coldwell Banker Bain of Lake Union, the gorgeous four-bedroom brick home was sold on May 6 for … END_OF_DOCUMENT_TOKEN_TO_BE_REPLACED