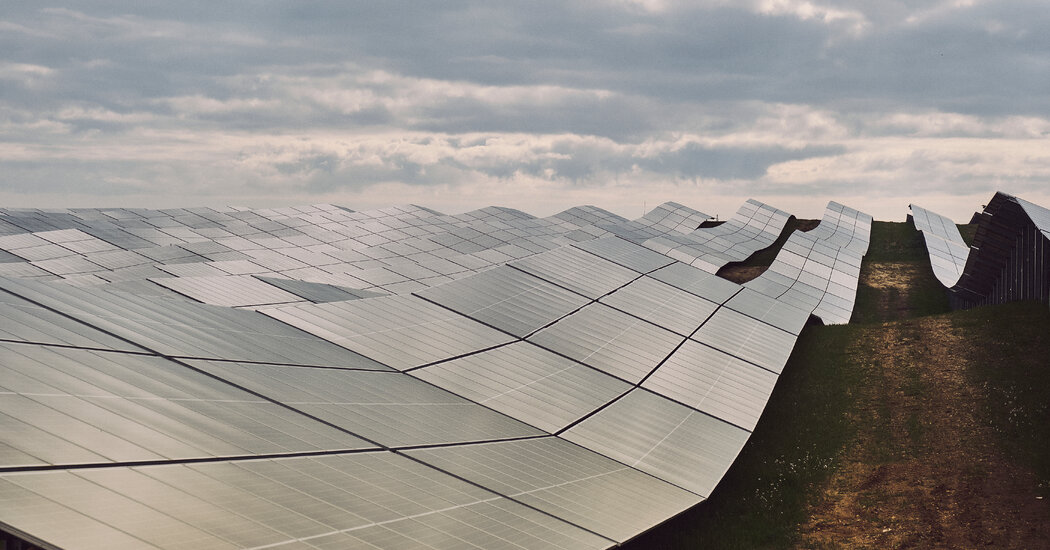 MADRID — In the winter of 2015, three directors of a Connecticut electric company met with a potential acquirer: a determined Spanish utility executive named José Ignacio Sánchez Galán, who surprised them with a bold vision for America’s utility industry.

“He was very clear then that he saw the U.S. as having enormous potential in renewable energy,” said John L. Lahey, who was chairman of the company, United Illuminating. “This guy six years ago was already way ahead of where the U.S. was.”

Mr. Galán clinched that deal for United Illuminating for $3 billion. His company, Iberdrola, is now poised, with a Danish partner, to begin constructing the first large-scale offshore wind farm in the United States, in waters off Massachusetts. Over all, Iberdrola and its subsidiaries reach 24 U.S. states and have investments in countries from Britain to Brazil to Australia.

For the past 20 years, since he took over Iberdrola, based in Bilbao with 37,000 employees, Mr. Galán has been on a mission to upend the electrical utility industry, a fragmented collection of companies tied to aging coal- and oil-burning generators.

Biden administration in the United States and European countries tighten regulations and provide incentives to encourage investment in green energy.

“Galán without doubt was the chief executive of a big utility that first understood that the energy transition from fossil fuels to clean energy was unavoidable and that it would happen fast,” said Miguel Arias Cañete, a Spanish politician and former European commissioner for energy and climate action.

The changes at Iberdrola are happening elsewhere, as the electric power industry is being reconfigured not only by tougher environmental laws but also by the advantages of immense scale in buying wind turbines or solar panels.

Enel in Italy, Orsted in Denmark and Nextera Energy in the United States — that many analysts see as leaders of a new generation of “renewable majors,” comparable to the way oil majors like Exxon Mobil and Royal Dutch Shell exercised huge influence on how the world used energy.

Many industrial giants vowed to fight laws to tighten emissions, but Mr. Galán was inspired. He said in an interview that he saw the agreement as an opening for businesses prepared to invest in technologies like wind and solar power that would help reduce greenhouse gas emissions.

“Instead of being a problem I saw that as an opportunity,” Mr. Galán said. The geopolitical trends represented by Kyoto were “moving in my direction.”

Under a 12 billion euro restructuring plan that was considered radical at the time, Iberdrola sold much of its portfolio of emissions-spewing coal and oil-fired power plants to invest instead in renewables, as well as in networks for delivering electricity.

Mr. Galán concedes that his proposals seemed risky, given that they coincided with the spectacular collapse of Enron, another ambitious electric power business.

major oil companies entered the bidding for options to build wind farms off the British coast, and the prices paid were criticized by some operators as too high.

it has done nothing wrong.

But for an executive known for making bold bets on the future, Mr. Galán, who is 70, has yet to announce any transition plans. He remains in firm control as both chairman and chief executive, and says he has no interest in retiring, once describing himself as “the dean of all chief executives of Europe.”

Some analysts say privately that he ought to be grooming a successor. His son and son-in-law are both managers at the company but are not seen as ready to step into the executive suite, and his second-in-command is 64.

“I think I have to continue just growing and conducting this company,” he said.

Stanley Reed reported from London, and Raphael Minder from Madrid.

Whether you optimistically hope that mortgage rates will decline or are resigned that rates will stay elevated above the historic lows of 2021, you … END_OF_DOCUMENT_TOKEN_TO_BE_REPLACED

A resident of Nikopol, Ukraine, in her backyard last month, with smoke rising from an area on the opposite bank of the Dnipro River. Credit...David … END_OF_DOCUMENT_TOKEN_TO_BE_REPLACED