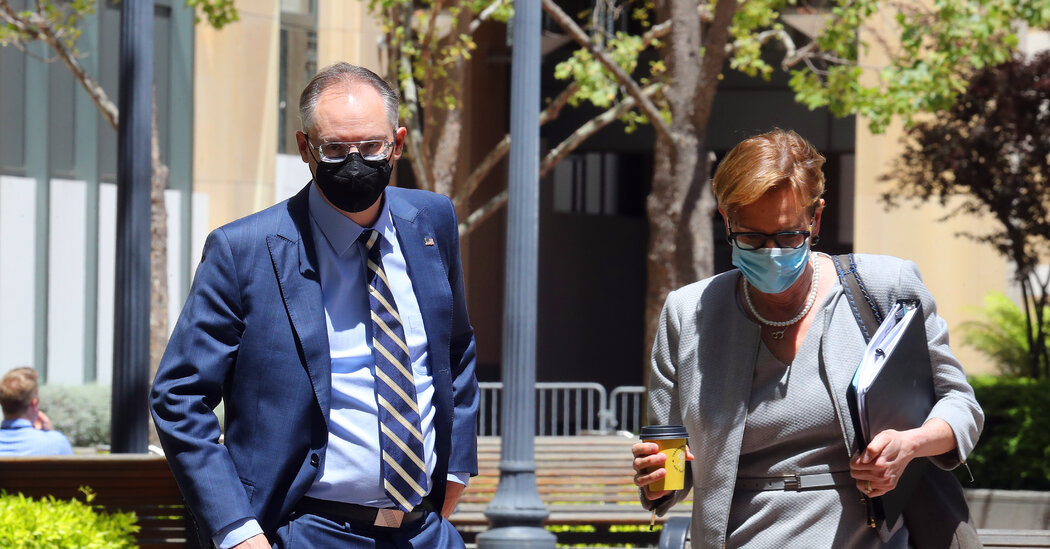 The chief executive of Epic Games offered a granular explanation of the popular game Fortnite to paint an expansive portrait of his company’s world on the first day of what is expected to be a three-week trial, pitting Epic against Apple in a fight over Apple’s App Store fees and other rules that could reshape the $100 billion app economy.

“Our aim of Fortnite is to build something like a metaverse from science fiction,” he said.

In a mostly empty courtroom in Oakland, Katherine Forrest of the law firm Cravath, Swaine & Moore opened Epic’s case by previewing a series of emails between Apple’s top executives. The emails were evidence, Ms. Forrest argued, that the tech giant purposely created a “walled garden” that locks consumers and developers inside. That forces them to use Apple’s payment system, she said.

Once Apple lured users and developers into its walled garden, “the garden gate was closed, the lock turned,” Ms. Forrest said. She compared Apple’s fees on in-app purchases for subscription services to a car dealership that takes a commission on gas sales.

Apple’s lawyers described, in their opening statement, a thriving market for app distribution that includes gaming consoles, desktop computer gaming and the mobile web. Karen Dunn of Paul, Weiss argued that the 30 percent commission was in line with industry standards and that Epic’s requests, if granted, would make iPhones less secure, while unlawfully forcing Apple to do business with a competitor.

Ms. Dunn added that Epic’s case was a self-serving way to avoid paying fees it owed Apple and was on shaky legal footing.

If you’re superstitious, today is your day.That's because it's Friday the 13th (the only one of the year, in fact). It's a day when bad juju reigns … END_OF_DOCUMENT_TOKEN_TO_BE_REPLACED

CHARLOTTE, NORTH CAROLINA - OCTOBER 20: Chris Duarte #3 of the Indiana Pacers defends Gordon Hayward ... [+] #20 of the Charlotte Hornets during their … END_OF_DOCUMENT_TOKEN_TO_BE_REPLACED

Army vehicles were so decrepit that repair crews were stationed roughly every 15 miles. Some officers were so out of shape that the military budgeted … END_OF_DOCUMENT_TOKEN_TO_BE_REPLACED