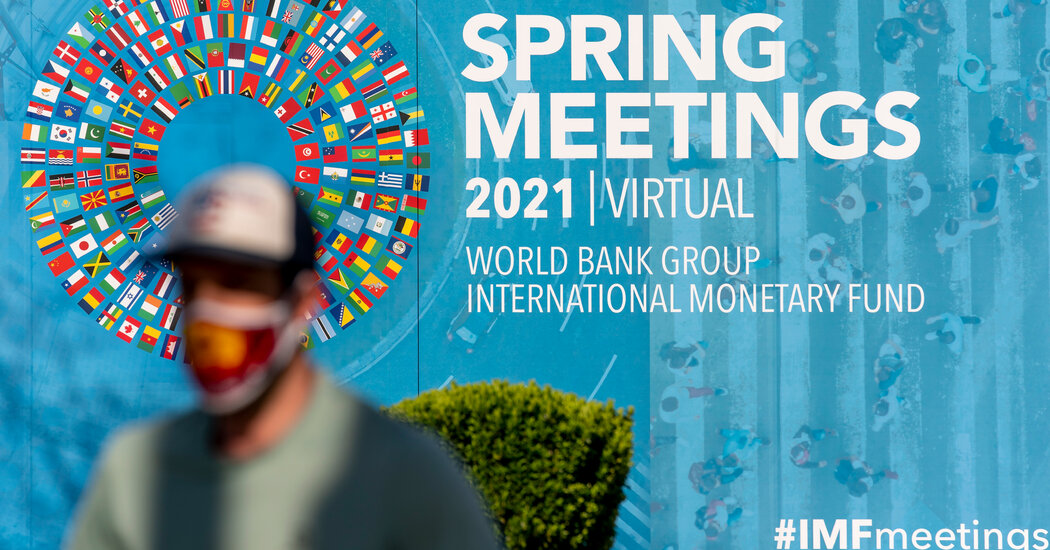 The global economy is recovering from the coronavirus pandemic faster than previously expected, largely thanks to the strength of the United States, but the International Monetary Fund warned on Tuesday that major challenges remained as the uneven rollout of vaccines threatens to leave developing countries behind.

The I.M.F. said it was upgrading its global growth forecast for the year thanks to vaccinations of hundreds of millions of people, efforts that are expected to help fuel a sharp rebound in economic activity. The international body now expects the global economy to expand by 6 percent this year, up from its previous projection of 5.5 percent, after a contraction of 3.3 percent in 2020.

“Even with high uncertainty about the path of the pandemic, a way out of this health and economic crisis is increasingly visible,” Gita Gopinath, the I.M.F.’s chief economist, said in a statement accompanying the fund’s World Economic Outlook report.

Ms. Gopinath credited the robust fiscal support that the largest economies have provided for the improved outlook and pointed to the relief effort enacted by the United States. The I.M.F. estimates that the economic fallout from the pandemic could have been three times worse if not for the $16 trillion of worldwide fiscal support.

Low-income countries are facing bigger losses in economic output than advanced economies, reversing gains in poverty reduction. And within advanced economies, low-skilled workers have been hit the hardest and those who lost jobs could find it difficult to replace them.

“Because the crisis has accelerated the transformative forces of digitalization and automation, many of the jobs lost are unlikely to return, requiring worker reallocation across sectors — which often comes with severe earnings penalties,” Ms. Gopinath said.

The I.M.F. cautioned that its projections hinged on the deployment of vaccines and the spread of variants of the virus, which could pose both a public health and economic threat. The fund is also keeping a close eye on interest rates in the United States, which remain at rock-bottom levels but could pose financial risks if the Federal Reserve raises them unexpectedly.

AUSTIN, Texas--(BUSINESS WIRE)--As the first multifamily management company to be recognized in the Public Relations and Marketing Excellence Awards, … END_OF_DOCUMENT_TOKEN_TO_BE_REPLACED

There have been whispers of cooling housing and rental prices in the San Francisco Bay Area, but that hasn't yet translated into practical, noticeable … END_OF_DOCUMENT_TOKEN_TO_BE_REPLACED

Cars pass in Independence Square at twilight in Kyiv, Ukraine, Monday, Oct. 31, 2022. Rolling ... [+] blackouts are increasing across Ukraine as the … END_OF_DOCUMENT_TOKEN_TO_BE_REPLACED