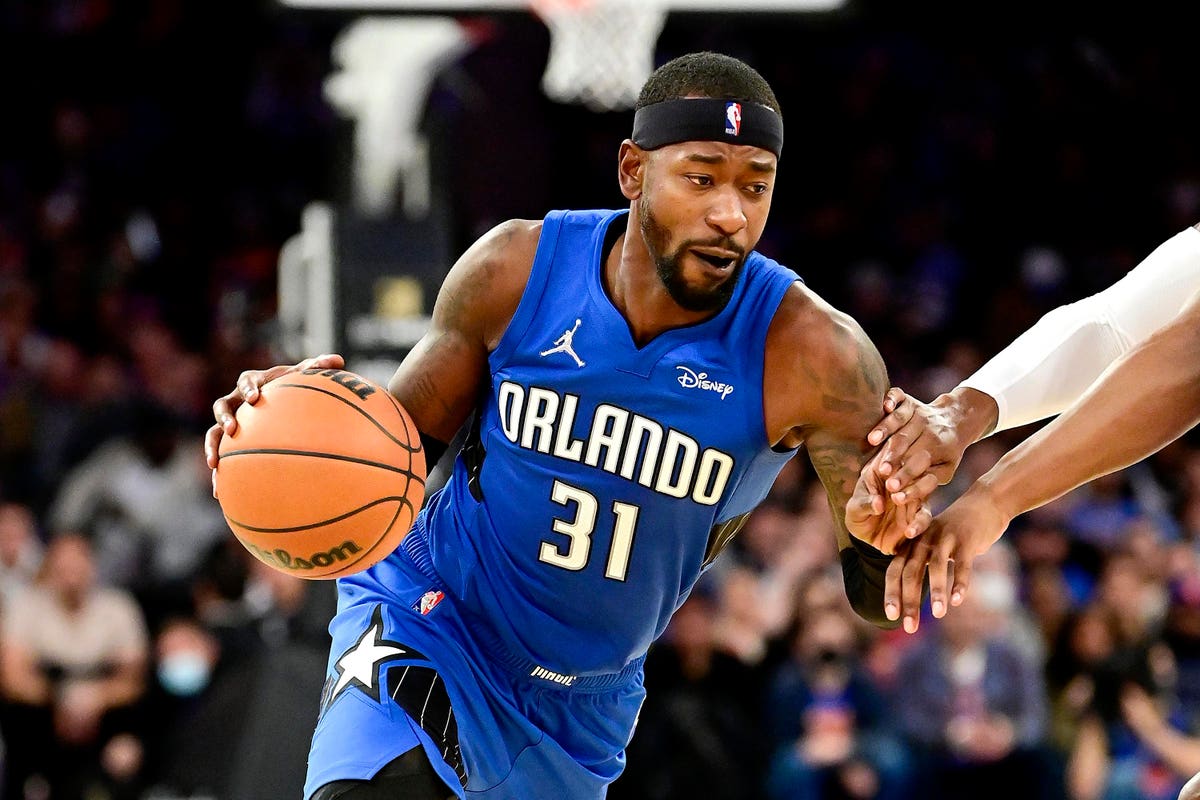 During the 2021 NBA Trade Deadline, the Orlando Magic began their rebuild in earnest, when they shipped off Nikola Vucevic (Chicago), Aaron Gordon (Denver) and Evan Fournier (Boston) to fully embrace a new era of Magic basketball.

With the 2022 Trade Deadline just under two months away, Orlando could be active once again, likely angling for another young piece or a future draft pick to add to their pile of assets.

Turning 31 on February 5th, Ross isn’t necessarily an old veteran. Yet he doesn’t fit Orlando’s timeline with most of the team’s core being in their early 20’s. The Magic are reportedly ready to discuss trades involving Ross, as they seek draft compensation in return for the athletic wing.

Ross should have some interest around the league given his shooting prowess (career 36.4% shooter from range) and the fact that he’s under contract for one more year after the conclusion of this season at a fair value of $11.5 million. Championship contenders looking to bolster their bench could get a significant player in Ross, despite his struggles this season.

Ross is shooting just 39.4% from the field this season, but that could be a ripple effect of the team ranking 28th in the league in eFG%. In fact, only three players on the roster (Robin Lopez, Mo Bamba and Wendell Carter) are shooting over 45% from the field on the season. It stands to reason Ross’ shooting numbers will bounce back when he joins a more coherent offensive unit.

Aiding Orlando’s mission in shipping off Ross for draft picks is the fact that Ross, at 6’6 and 205 lbs, is able to play multiple positions and remains a strong athlete who can inject some speed into a second rotation.

The Magic have spent the 2021/2022 season playing their young players a ton of minutes. Carter, who was acquired from Chicago, has played the best basketball of his career, looking considerably more determined as a shooter than ever before. Carter is hitting 34.8% of his three-pointers, while averaging a double-double of 12.9 points and 10.1 rebounds.

The 22-year-old Carter was brought in to give the Magic a youngster at the big position, after expectations to Bamba fell in recent years due to uninspired play. Ironically, Bamba has come alive this season, starting alongside Carter and posting career-best numbers of 10.3 points and 8.6 rebounds in 28.7 minutes. Bamba is entering Restricted Free Agency in the summer of 2022, making his future in Orlando uncertain.

While it might appear counterproductive to trade Bamba at the deadline, there’s no guarantee he won’t receive a large contract offer from another team, which might be outside the area of where Orlando feels financially comfortable to match. As such, Bamba’s situation requires a bit more nuance. Team President Jeff Weltman and General Manager John Hammond might prefer to not play the Restricted Free Agency game, and instead settle for whichever type of return available for Bamba.

One keeper who is going nowhere is combo-guard Cole Anthony, who has broken out in his second year, leading the Magic in scoring (19.9 points), assists (5.6) and three-pointers (2.8). The sophomore guard is currently the most established player on the roster and is one of the highest upside players on the team.

Anthony shares a backcourt with rookie Jalen Suggs, who has started slow. The 20-year-old is hitting just 33.9% of his shots, including 25.5% of his three-point attempts, while committing 3.2 turnovers to 3.6 nightly assists. While Suggs is unlikely to get moved due to his upside and small statistical sample size, expect the Magic to keep a close watch on his immediate future as to not potentially find themselves in another Bamba situation a few years down the line.

Finally, forward Franz Wagner appears to be another keeper. The rookie wing has shown an intriguing combination of skills, including playing both off and on the ball, playmaking and spacing the floor effectively (38% from the three-point line). The Magic have needed offensive competent wings for years, and seems to have gotten a long-term piece in Wagner, who has shown enough offensive production (14.1 points, 2.8 assists) to expect further improvements in that area.

Getting creative at the deadline

The Magic have Gary Harris and his expiring contract worth $20.5 million on the books, which makes for an interesting trade chip. Harris isn’t worth that type of money given his unfortunate decline in recent years, but that doesn’t mean his contract is without value.

The Magic are still years away from becoming a winning team, suggesting they could use the expiring contract of Harris to take on longer-term contracts, in compensation for draft picks or a young player.

The Washington Wizards have a surplus of power forwards on their roster, including Davis Bertans, who is in his second year of a massive five-year deal worth $80 million. The 29-year-old is playing just 16.3 minutes per game, and isn’t likely to see an increase in minutes when Rui Hachimura returns to the line-up.

Would the Wizards be willing to include Deni Avdija as payment to Orlando for taking on Bertans’ contract? It’s certainly worth a call from Orlando’s point-of-view, even if the Wizards deem the price of financial flexibility too steep, which they might.

Alternatively, the Magic could take a bigger swing, trying to use Harris as a salary-filler in a more ambitious trade if they’re inclined to acquire quality that helps them accelerate their timeline. However, it seems unlikely that Philadelphia would for example give up Ben Simmons in a deal, when no Magic asset coming back fits what the Sixers are looking for.

The Magic share the worst Eastern Conference playoff odds with the Detroit Pistons, per FanDuel Sportsbook, suggesting there is still a long journey ahead. As such, regardless of approach, using Harris’ contract would be wise, instead of just letting it expire in the summer.

For a team with a 5-24 record, every possible contractual asset matters, even if the return is modest.

A Falcon 9 rocket launches the GPS III SV05 satellite on a mission for the U.S. Space Force on June 17, 2021.SpaceXElon Musk's SpaceX broke its own … END_OF_DOCUMENT_TOKEN_TO_BE_REPLACED

The "Dog Whisperer" is also a real estate whiz.Canine trainer Cesar Millan has quickly found a buyer for his $4 million Encino, CA, residence. The … END_OF_DOCUMENT_TOKEN_TO_BE_REPLACED