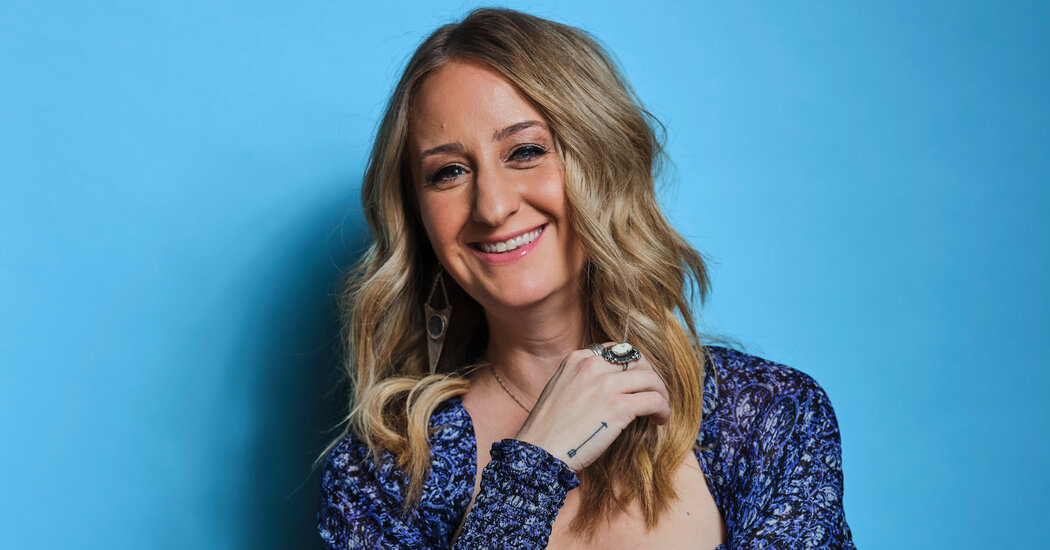 Though Margo Price has long seen herself as a counterculturalist — especially within Nashville’s country scene — she has been spending the pandemic like many people: stuck at home and patiently waiting for it to be over.

“It’s kind of like the rug’s been pulled out from under me,” Ms. Price, 37, said in a recent phone interview. “I felt like this third album was going to be so fun to tour and play at festivals, and I had just taken so much time off after having a baby, too. I was really ready to get back to work.”

Her third studio album, “That’s How Rumors Get Started,” was released in July, but on May 28 she’ll get to perform it live for the first time, at an outdoor concert in Nashville.

Ms. Price is among many hopeful musicians who are collaborating with venues that allow space for social distancing.

Cash Cabin in Hendersonville. I’ve been working on two albums;being in the studio has given me a sense of purpose while I’m unable to play live shows.

11 a.m. Jeremy and I tune our guitars and do some vocal warm-ups. We play through a song a couple times to get a tempo and begin tracking it. We can overdub the rest of the band later.

3 p.m. Jeremy leaves to pick up Judah. I stay to lay down guitar and vocals for another song.

5 p.m. I get home and take both children on a walk to the local church while my husband cooks dinner. (He does most of the cooking and is a phenomenal chef.)

5:30 p.m. We play hide-and-seek in an abandoned church. They don’t have services in here anymore, but our neighborhood pod is using it as a space to teach our children in.

6:30 p.m. We sit down to a home-cooked dinner. For the last five days, Jeremy was off recording his next album, so we’re celebrating him being home.

Frothy Monkey to grab some breakfast outside on the patio. I’m editing my memoir for the next few hours — I’m on the second draft and have to turn it in at the end of the month. (I’m on Page 30 of some 500.)

1 p.m. I take a Zoom interview with the “Poptarts” podcast for Bust Magazine.

Golden Hour Salon for my first haircut since the pandemic started.

Noon Back home drinking more coffee. I’ve been editing my book in a large walk-in closet that we converted to be a part-time office.

1:30 p.m. Jeremy took Ramona to the pediatrician to get immunizations.

2 p.m. I took advantage of the empty house and worked on a song. It’s so nice today, so I took a guitar outside to the swing and practiced finger picking while listening to the birds.

4 p.m. Everyone’s home, and we’re hanging out on the couch reading. Judah is whittling and sanding a stick he found — he wants to make a sword.

5 p.m. Jeremy and I pick up some suits from a place on Music Row called Any Old Iron. It’s owned by a local designer, Andrew Clancey, whose designs and beading are so psychedelic and artistic. I adore him. (He also makes great sequin and rhinestone masks.)

6:15 p.m. We pick up dinner from Superica, a great Tex-Mex restaurant, where I always order the shrimp tacos. They’re sinfully good.

7 p.m. My mom already put Ramona to bed since she missed her nap, so Jeremy and I are reading to Judah. It’s nice to give him extra attention when we can because the toddler demands so much.

9:30 p.m. Turned on the new “Unsolved Mysteries,” and I’m doing a little stretching and a free-weight workout. I used to go to the gym all the time, but since the pandemic, I’ve been forcing myself to work out at home.

Northern Americana. I made a playlist for International Women’s Day.

2:30 p.m. Ramona woke up from her nap, so we’re jumping on the trampoline.

6 p.m. My mom took the children on a long walk, but everyone’s back for dinner.

6:05 p.m. My daughter throws a huge tantrum (terrible twos are coming early here) so I spend some time calming her down. We take some deep breaths and sit in a quiet room.

6:20 p.m. I finally get her calmed and sit down to a cold plate of delicious food.

7 p.m. I give Ramona a bath and distract her with some washable bath crayons to paint on the bathtub while I sing and play guitar. Jeremy and Judah play Zelda in his bedroom.

7:30 p.m. The toilet overflows, Jeremy fixes it with a few choice four-letter words, I laugh.

10 p.m. We turn on “Judas and the Black Messiah.” The house is trashed, but I don’t care — I’ve cleaned all week, and I’m tired. We can worry about that tomorrow.

On a landlocked street corner at the entrance to the South Street Seaport stands a shabby, rust-streaked old lighthouse, its lantern dark, dwarfed by … END_OF_DOCUMENT_TOKEN_TO_BE_REPLACED

Kohl's announced Friday that it is terminating talks to sell its business, saying that retail environment has significantly deteriorated since the … END_OF_DOCUMENT_TOKEN_TO_BE_REPLACED