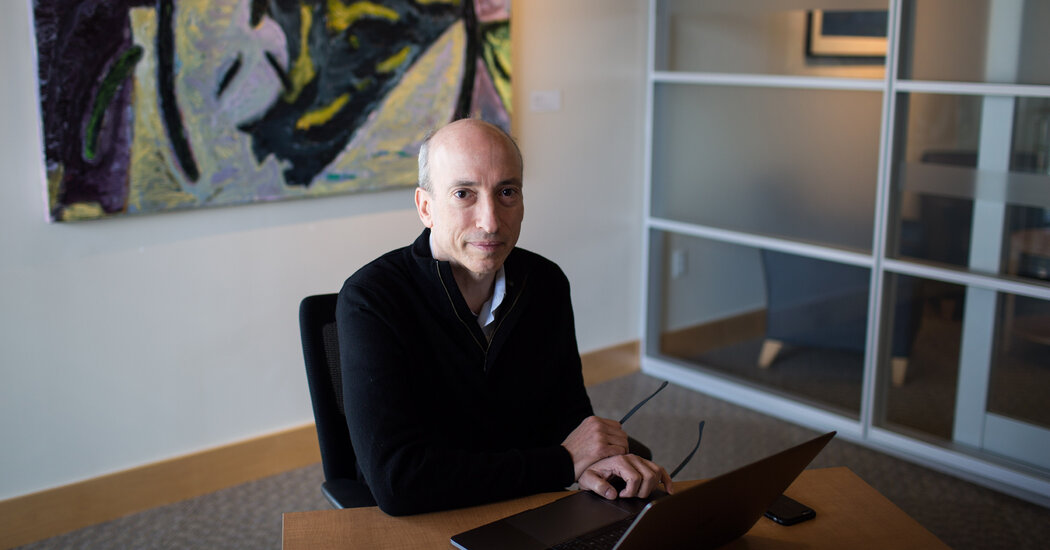 For many cryptocurrency supporters and investors, regulatory approval of a Bitcoin exchange-traded fund in the United States represents the holy grail. It would allow the crypto-curious to get exposure to Bitcoin without having to buy the tokens themselves, signifying that digital assets are really, truly mainstream.

But it’s not meant to be — yet. On Wednesday, the Securities and Exchange Commission delayed a decision on a Bitcoin E.T.F. proposal from the investment manager VanEck, saying it needs more time but offering no other explanation.

Delay is not denial, and it may be a good sign, Todd Cipperman, the founder of the compliance services firm CCS, told the DealBook newsletter. When considering the concept of a crypto E.T.F. in 2018, the S.E.C. raised questions about investor protection issues and put a “wet blanket on the whole idea,” he said.

Now, crypto is much bigger, and Gary Gensler, who taught courses about blockchain technology at M.I.T., is chair of the S.E.C. His expertise doesn’t guarantee success for crypto E.T.F.s, but it will be easier for an expert in the field to approve them, Mr. Cipperman suggested.

the first Bitcoin E.T.F. pitch in 2013, presented by the Winklevoss twins, which was eventually dismissed in 2017 (and again in 2018). There are several E.T.F. proposals on the table now, including one from the traditional finance giant Fidelity.

Canada is moving faster, approving all kinds of crypto E.T.F.s, after allowing its first Bitcoin E.T.F. in February. Hester Peirce, an S.E.C. commissioner and vocal crypto champion, told DealBook earlier this month that she has been “mystified” by her agency’s response to some prior applications, which met the standards in her view. With more players now engaging in the process, approval could be looming — eventually.

MIAMI--(BUSINESS WIRE)--Intelli Smart Homes, the leading smart home technology company, has been recognized as one of America’s fastest-growing … END_OF_DOCUMENT_TOKEN_TO_BE_REPLACED

Customers outside a Walmart store in Torrance, California, US, on Sunday, May 15, 2022. Walmart Inc. is scheduled to release earnings figures on May … END_OF_DOCUMENT_TOKEN_TO_BE_REPLACED

The past few years have been brutal on homebuyers' budgets. Would-be buyers have been priced out of some of the most desirable neighborhoods thanks to … END_OF_DOCUMENT_TOKEN_TO_BE_REPLACED