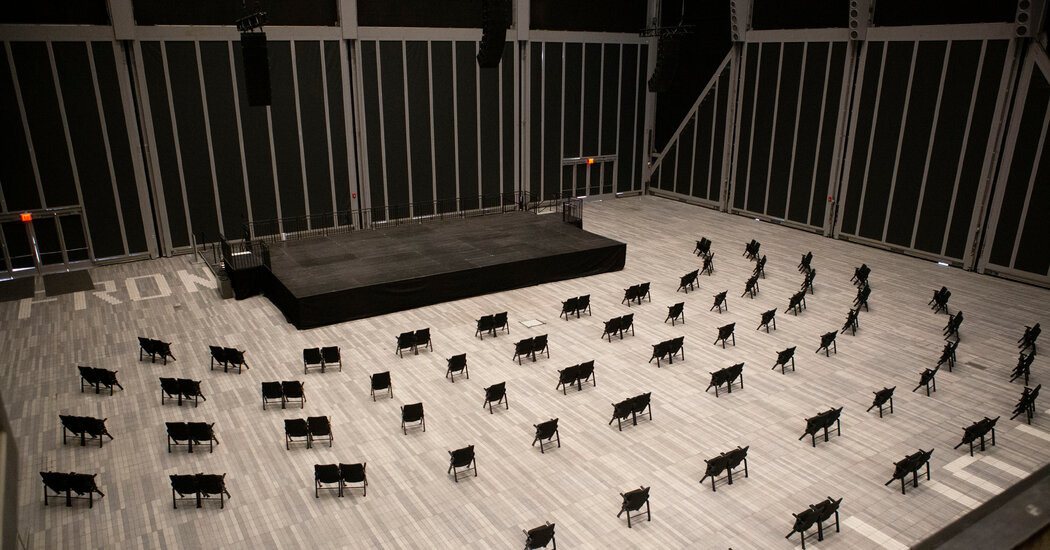 The New York City arts scene is about to pass another milestone on the road to reopening: The Shed, a large performing arts venue in Hudson Yards, said Wednesday that it would hold a series of indoor performances next month for limited audiences in which everyone has either been tested for the coronavirus or vaccinated against it.

The Shed said it would present four events next month: concerts by the cellist and vocalist Kelsey Lu, the soprano Renée Fleming and a string ensemble from the New York Philharmonic, and a comedy set by Michelle Wolf.

Each of the performances will be open to up to 150 people, all masked, in a space that can seat 1,280. The Shed said it would require patrons to present confirmation of a recent negative coronavirus test, or confirmation of full vaccination; requiring testing allows the Shed admit the largest number of audience members allowed under state protocols.

“In these first steps, there’s limited capacity, but you have to start somewhere,” said the Shed’s artistic director, Alex Poots. “Those first steps are really important for us, for our audiences and for our artists — just the idea that we might return to something joyful.”

announcement by Gov. Andrew M. Cuomo that arts and entertainment organizations could begin presenting indoor work for limited-capacity audiences. On Tuesday, the commercial producer Daryl Roth said she would present “Blindness,” an audio adaptation of the José Saramago novel, to audiences of up to 50 at her Union Square theater, and the Park Avenue Armory said it would present a series of music, dance, and movement works, starting with a piece by Bill T. Jones for an audience of 100. The Armory said it would require ticket buyers to take an on-site rapid coronavirus test, for free, before entering.

Poots said the Shed would start with music and comedy because “both have universal appeal, and they also align well with the guidelines that have emerged.”

“It gets far more complex when you get into more intricate art forms that require a lot of costume changes or close-up rehearsal,” he said. The productions are small, but not tiny; Lu will be accompanied by 14 musicians, and the Philharmonic ensemble will include 20 players. None of the performances will have intermissions.

The first performer, Lu, is planning to present an opera called “This is a Test.”

“I have been waiting for this day — it’s been too long,” Lu said. “There’s nothing like that exchange between audience and performer. It’s left a void for me and so many of us.”

The Shed, like many arts institutions, canceled programs starting March 12 of last year. Since then, it has presented a visual art exhibition, of work by Howardena Pindell; a filmed rendition of a play, “November” by Claudia Rankine; and an online digital works series. But these April events will be the first live performances with paying audiences. The Shed has some considerable architectural advantages under the circumstances — it is a new building with a state-of-the-art HVAC system capable of fully refreshing the breathable indoor air every 30 minutes, and its 18,000-square-foot main performance space opens directly to the outside.

hosting the Frieze New York art fair for the first time, and in June, hosting Open Call, a program for early career artists, as well as programs in collaboration with the Tribeca Film Festival. Poots said that he hopes that by fall, “things will be getting a lot easier, in terms of capacities and regulations.”

You were seeing double this week: A spectacular $54 million compound featuring two equally luxurious mansions separated by a private lake in Southwest … END_OF_DOCUMENT_TOKEN_TO_BE_REPLACED