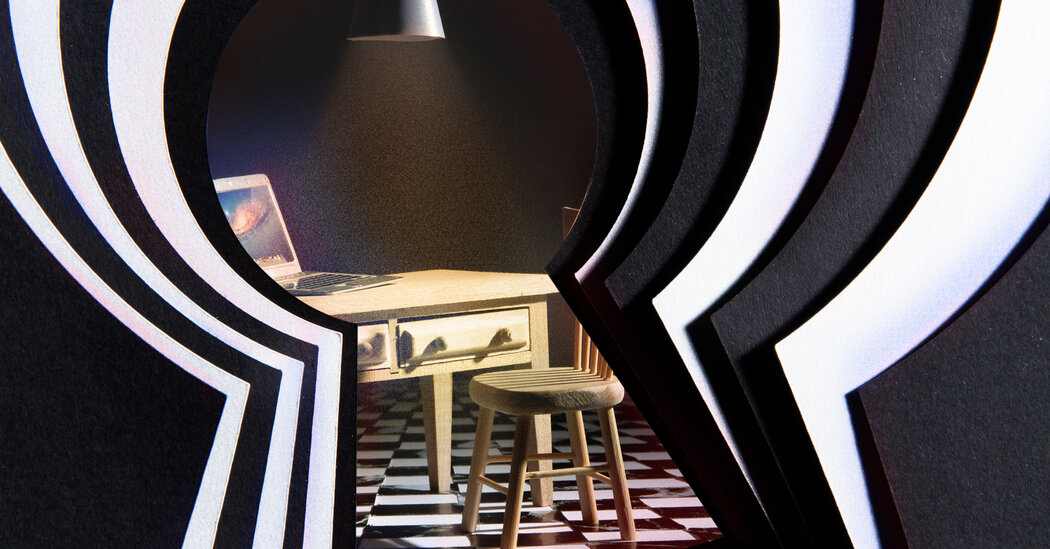 New Jersey, however, has said it will give its newly telecommuting residents a credit for those New York taxes for 2020, even though it is entitled to the revenue because the taxpayers are now working within its borders, Mr. Walczak said. So residents won’t, for now, have to worry about double taxation. But New Jersey estimates that it is forgoing more than $1 billion in revenue as a result — suggesting that the practice is unlikely to be sustainable in the long term, Mr. Walczak said.

The practice of states reaching outside their borders to tax telecommuters was an issue even before the coronavirus showed up, and it is getting more attention because of a spat between New Hampshire and Massachusetts. Massachusetts said last year that it would tax the income of out-of-state residents who had worked in the state but were telecommuting during the pandemic. This miffed neighboring New Hampshire, which has thousands of residents who commute to work in Boston and other cities in Massachusetts. In October, it filed a lawsuit asking the U.S. Supreme Court to hear its complaint. (More than a dozen other states — including New Jersey — have filed briefs urging the court to consider the case.)

The workers in New Hampshire aren’t being double taxed because New Hampshire is one of nine states that have no state income tax. But New Hampshire officials object to residents being taxed by another state for work done inside its borders. (Massachusetts said in a filing in response to the suit that the policy maintains the prepandemic “status quo.”)

As remote work could remain popular even after the pandemic, federal action may be needed to make state income tax rules for telecommuting more uniform, tax experts say. A group called the Mobile Workforce Coalition says it is building bipartisan support for reform.

“Telecommuting,” Mr. Sobel said, “is going to become the norm.”

So if you worked in a state other than your usual one in 2020, how should you approach tax season?

First, make a list of any states where you worked remotely, even if it was for a brief period of time, accountants suggest. If you didn’t keep close track, try to approximate the number of days worked in each state. State laws vary, but typically income is taxed once you reach a threshold, like the amount of money earned, the number of days you worked in the state or a combination of the two. About half the states start the clock at just one day, while others use 30 or 60 days.

These sorts of rules generally apply not just to employees but also to freelancers, said Dina Pyron, global leader of the mobile tax preparation app EY TaxChat. “It doesn’t matter if you are an employee or a contractor.”

GREENVILLE, N.C.--(BUSINESS WIRE)--Employers aiming to win the war on talent have a new “A” team to tap into: college and professional athletes. … END_OF_DOCUMENT_TOKEN_TO_BE_REPLACED

Mortgage rates are likely to rise in July, extending a seven-month streak. High inflation, and the Federal Reserve's efforts to control it, have … END_OF_DOCUMENT_TOKEN_TO_BE_REPLACED