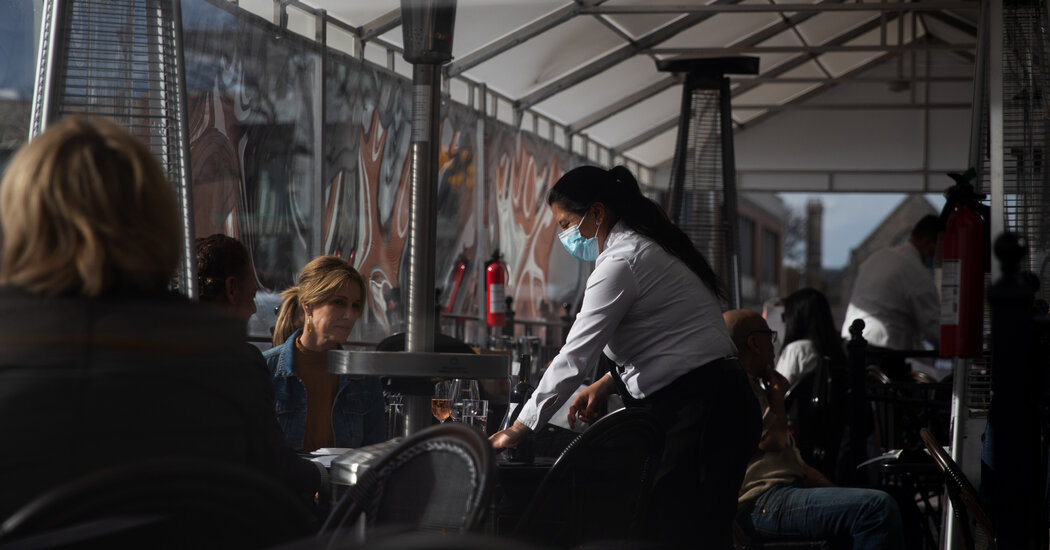 The United States budget deficit grew to a record $1.7 trillion in the six months since October, as the federal government continued to pump huge sums of money into the economy to help workers and businesses cope with the pandemic.

The figure comes in the wake of a $1.9 trillion economic rescue package that Congress passed in March and as the Biden administration and Democrats are considering spending trillions of dollars more on a sweeping legislative package to overhaul the nation’s infrastructure.

Federal spending is far outpacing revenue — the United States is doling out twice as much money as it takes in, having spent a record $3.4 trillion so far this fiscal year, which began Oct. 1, and collected just $1.7 trillion in tax revenue.

The spending continued at a record clip in March, when the government spent $927 billion, the highest total on record for any March and the third highest total of any month to date. The deficit for March was $660 billion.

A Treasury official said that the data showed a substantial increase from a year ago, when the pandemic was just setting in and the economy was starting to shed jobs. The budget deficit, which is the gap between what the government spends and what it takes in, is expected to continue to swell in the coming months as money from the stimulus bill continues to roll out.

In the first six months of the fiscal year, spending was up sharply for nutrition assistance programs, economic impact payments and expanded jobless benefits. Money for small-business loans made through the Paycheck Protection Program and funds for education and health providers also contributed to the record outlays.

Economic policymakers have said that the budget shortfall is a long-term concern but that it is manageable now.

“The U.S. federal budget is on an unsustainable path,” Jerome H. Powell, the Federal Reserve chair, said on CBS’s “60 Minutes” on Sunday. “Meaning the debt is growing faster than the economy. And that’s kind of unsustainable in the long run.”

He added: “That doesn’t mean debt is at an unsustainable level today. It’s not. We can service the debt we have.”

AUSTIN, Texas--(BUSINESS WIRE)--As the first multifamily management company to be recognized in the Public Relations and Marketing Excellence Awards, … END_OF_DOCUMENT_TOKEN_TO_BE_REPLACED

There have been whispers of cooling housing and rental prices in the San Francisco Bay Area, but that hasn't yet translated into practical, noticeable … END_OF_DOCUMENT_TOKEN_TO_BE_REPLACED

Cars pass in Independence Square at twilight in Kyiv, Ukraine, Monday, Oct. 31, 2022. Rolling ... [+] blackouts are increasing across Ukraine as the … END_OF_DOCUMENT_TOKEN_TO_BE_REPLACED