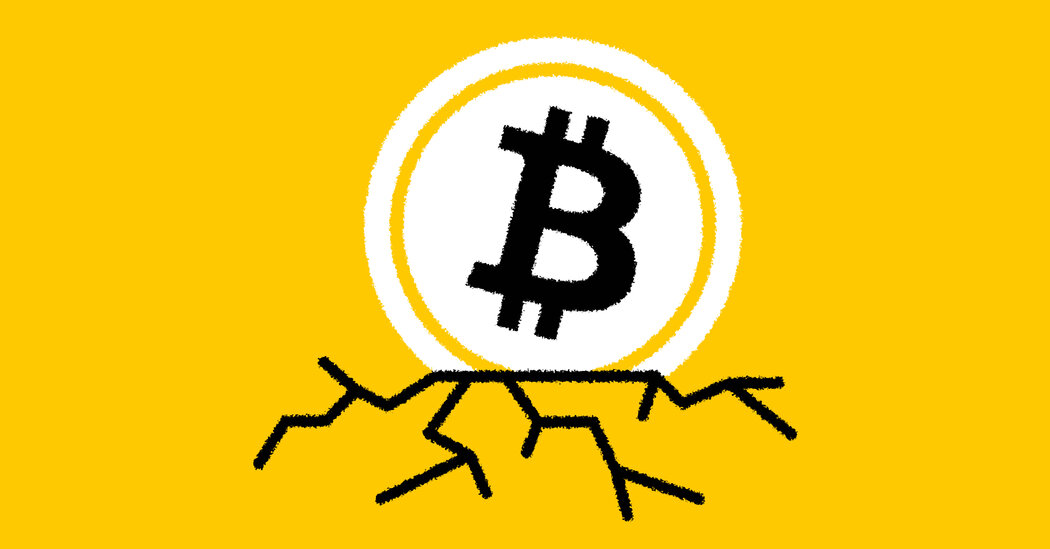 had a rough week. Digital currencies saw several ugly crashes, with Bitcoin ending Friday nearly 30 percent below its price a week before. The plunge followed an announcement from China that effectively banned its financial institutions from providing services related to cryptocurrency transactions. (Elon Musk’s sudden about-face on Bitcoin probably didn’t help, either.) The volatility shook some investors’ confidence in crypto, which has ridden a seemingly unstoppable wave of popularity — and gained traction with mainstream investors — over the past year.

Texas, Oklahoma and Indiana joined more than a dozen other states that are ending federal pandemic unemployment benefits early, citing the need to incentivize people to get back to work. The decision will get rid of the $300-a-week supplement that unemployment recipients have been getting since March and were scheduled to receive through September. It will also end all benefits for freelancers, part-timers and those who have been out of work for more than six months. Some lawmakers believe that cutting off benefits will encourage more people to apply for jobs, but that’s not always the case — a persistent lack of child care has also prevented many parents from returning to work.

can cause premature death, according to a new study by the World Health Organization. Long hours — also known as overwork — are on the rise and are associated with an estimated 35 percent higher risk of stroke and 17 percent higher risk of heart disease compared with working 35 to 40 hours per week, researchers said.

give the Internal Revenue Service more money to chase down wealthy individuals and companies who cheat on their taxes. As part of the same effort to close tax loopholes, the U.S. Treasury Department is trying to convince other countries to back a 15 percent global minimum tax rate on big companies. The policy is meant to deter corporations from sheltering their operations in tax havens such as Bermuda and the British Virgin Islands. But a number of governments have been hesitant to sign on for fear that they’ll scare off businesses.

Congress wants to bolster the United States’ ability to compete with China and is willing to throw money at the problem. The senate is working on a bill that would invest $120 billion in the nation’s development of cutting-edge technology and manufacturing. Known as the Endless Frontier Act, the legislation would fund new research on a scale that its proponents say has not been seen since the Cold War. In related news, the European Union blocked an investment deal with China on Thursday, citing concerns with the country’s abysmal human rights record.

Executives from the largest U.S. banks, including JPMorgan, Bank of America and Goldman Sachs, will testify before lawmakers this week about their actions (or lack thereof) to help struggling Americans and small businesses during the pandemic. Democrats on the Senate Banking and House Financial Services committees organized the hearings to scrutinize the banks’ role in lending money to alleviate the financial pressures of the past 15 months. The testimony could affect how lawmakers seek to regulate Wall Street in the coming years.

soared 30 percent in its initial public offering on Wednesday. Amazon indefinitely extended its ban on police usage of its facial recognition software, which has faced ethical criticism. And New York City lifted nearly all of its pandemic restrictions, allowing businesses to welcome customers back at full capacity.

MIAMI — In a welcome but likely brief victory for supporters of abortion rights, a judge in Florida blocked a state law banning abortions after 15 … END_OF_DOCUMENT_TOKEN_TO_BE_REPLACED

NEW YORK--(BUSINESS WIRE)--Stake, which provides Cash Back and banking services to renters, announced today the completion of its $12 million Series A … END_OF_DOCUMENT_TOKEN_TO_BE_REPLACED

The Sacramento home where Ronald and Nancy Reagan lived during his tenure as governor of California has hit the market for $5 million.Built in 1929, … END_OF_DOCUMENT_TOKEN_TO_BE_REPLACED