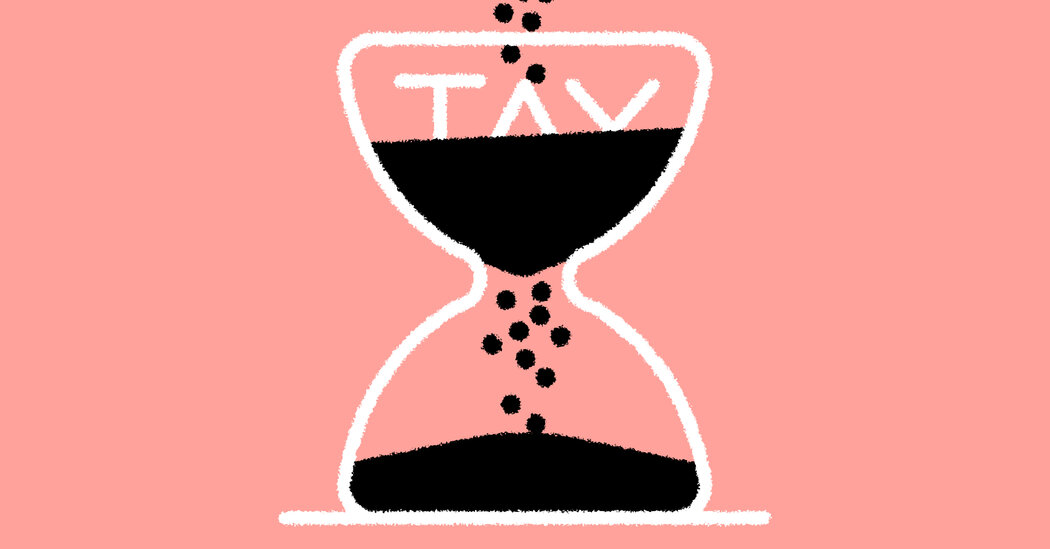 Good morning and happy spring. Here’s hoping you can enjoy another Sunday spent ignoring your tax returns (or, if you’ve already done them, feeling smug about it). But first, here’s what you need to know in business and tech news for the week ahead. — Charlotte Cowles

Good news for procrastinators like me, or anyone whose taxes were complicated by the pandemic: The Internal Revenue Service has extended the deadline to file taxes by one month, to May 17. The extra time will help people navigate new tax rules that took effect with the passage of the American Rescue Plan. The law made the first $10,200 of unemployment benefits tax-free for people who earned less than $150,000 last year, a significant benefit for many people whose jobs were disrupted. But if you’ve already filed, don’t worry — the I.R.S. said it would automatically send those refunds to people who qualify.

Well, That Was Awkward

Relations between China and the Biden administration got off to a rocky start last week at the first face-to-face meeting between diplomats. The United States set a confrontational tone on the eve of the talks by imposing sanctions on 24 Chinese officials for undermining democracy in Hong Kong. In turn, China’s top diplomat accused his American counterparts of being “condescending,” among other claims. The purpose of the three-day meeting, according to President Biden’s team, was to find common ground on climate change and on controlling the pandemic, and to address U.S. concerns about Chinese trade and military encroachments. The tension does not bode well for making headway in future negotiations.

suing the Walt Disney Company for what they call “rampant gender pay discrimination” have added another accusation to their list: that Disney “maintains a strict policy of pay secrecy.” A new section of the lawsuit refers to an episode in which one female Disney employee was “disciplined for disclosing her pay to co-workers.” Pay transparency is considered an important part of closing racial and gender wage gaps, and retaliation for discussing your own salary violates California law as well as the National Labor Relations Act. Disney has denied the claims and vowed to defend itself.

Coming to a Walmart Near You

Walmart is jumping on the vaccine passport bandwagon, saying it will provide standardized digital vaccination credentials to anyone who gets vaccinated at one of its stores or at Sam’s Club. The retailer will develop a health passport app that people can use to verify their status at airports, schools, sports arenas and other potentially crowded places. Walmart joins an existing push by major health centers and tech companies, including Microsoft, Oracle, Salesforce and the Mayo Clinic, as well as a proposal from the European Union, which would require vaccine verification for travel in certain areas.

Back in the Hot Seat

Chief executives from Facebook, Google and Twitter will be grilled in Congress this Thursday, this time over their failure to crack down on the spread of misinformation. Tech executives were last summoned by lawmakers in November 2020, when Mark Zuckerberg of Facebook and Jack Dorsey of Twitter faced a firestorm of questioning about content moderation, mostly regarding their attempts to prevent a wave of falsehoods about the presidential election. This time, they will be asked about coronavirus vaccine misinformation and about the election fraud conspiracy theories that continue to spread on their platforms.

The two biggest names in economic policy — the Federal Reserve chair, Jerome Powell, and Treasury Secretary Janet Yellen — will make their first joint appearance this week when they testify before the House Financial Services Committee on the progress of pandemic relief efforts. The hearing comes one week after the Fed revised its economic outlook to project stronger growth and offered more reassurances that it would keep interest rates near zero for the coming years.

jettisoned a Trump-era policy that limited debt relief for students who were defrauded by for-profit educational institutions. The newly hired Teen Vogue editor, Alexi McCammond, resigned over racist and homophobic tweets that she posted a decade ago. And retail sales dropped 3 percent in February as consumers grappled with declining stimulus effects and devastating winter storms.

On this massive Michigan property, an enormous garage and a huge mansion battle it out in a clash of oversize titans.Located in Holland, MI, and … END_OF_DOCUMENT_TOKEN_TO_BE_REPLACED