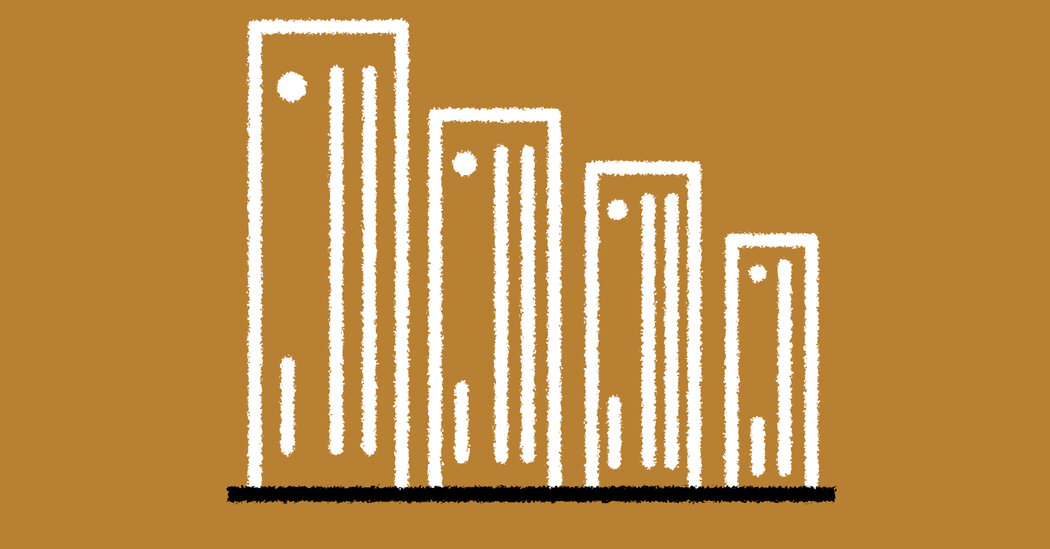 Good morning. Here’s your quick rundown of the business and tech news to know for the week ahead. — Charlotte Cowles

The Biden administration’s giant stimulus package lumbered its way through the Senate last week, but not without major concessions. The $15-an-hour minimum wage provision was dropped from the bill after a nonpartisan Senate official ruled that it violated the budgetary rules. Lawmakers also abandoned their effort to increase the federal unemployment payment to $400 a week from $300, but they still plan to extend it through Sept. 6. And finally, they tightened the income qualifications for stimulus checks. Under the current bill, $1,400 checks would be sent to individuals earning up to $75,000, single parents earning $112,500 and couples making $150,000. Those with higher incomes would receive less, and individuals who earned more than $80,000 and households with incomes over $160,000 wouldn’t receive anything. Mr. Biden’s original proposal set the caps at $100,000 for individuals, $150,000 for single parents and $200,000 for couples.

Facebook banned political ads indefinitely back in November, when fighting misinformation (about voting and election fraud, particularly) was like playing Whac-A-Mole. But the time has come, the platform said, for it to allow ads about “social issues, elections or politics” to resume. To keep things from getting out of hand again, Facebook announced that political advertisers must complete a series of identity checks before they can place their content, which will also be labeled with a disclaimer stating that it has been “paid for by” a political organization.

suspended a 25 percent tariff on wine, cheese and other products as well as a separate tariff on British goods, which were both put in place by the Trump administration in 2019. The tariffs were meant to be payback in a decades-long dispute over airline subsidies. But they also deprived Americans of good liquor and snacks. Scotch whisky exports to the United States have since dropped 35 percent, for example, according to the industry’s trade group. The Biden administration will lift the tariffs for four months while it tries to work out a long-term solution to the trade disagreements.

On Wednesday, Texas will allow all businesses to open at 100 percent capacity. The state has also lifted its mask mandate and all other pandemic restrictions, despite strong warnings from health officials and President Biden, who called the rollback “Neanderthal thinking.” Other states have also eased restrictions on businesses as coronavirus case numbers continue to fall, and the latest unemployment numbers show that jobs are coming back even more quickly than expected, especially in the hospitality industry — good news, over all. But with new variants of the virus floating around and less than 20 percent of the U.S. population partly vaccinated, scientists are worried that overly aggressive reopenings could backfire.

Google has announced a major shake-up in its advertising model. For years, it has used cookies — small crumbs of digital information that companies, advertisers and websites gather to track people’s online habits — to target you with ads (its primary source of revenue). But lots of people find this creepy. And some web browsers, like Safari and Firefox, have restricted the use of cookies out of concern for users’ privacy. Now Google is jumping on the bandwagon, too, and announced plans to phase out cookie use over the next year. That doesn’t mean you’ll suddenly get the same ads as everyone else, though. Instead of cookies, Google is testing a new technology that follows groups of people across the web, rather than individuals, and feeds them ads based on their collective behavior.

Since General Motors vowed in January to sell only zero-emission vehicles by 2035, other automakers, like Ford Motor, have made similar promises. And last week, Volvo one-upped them all, pledging to go all electric by 2030. The industry’s shift away from fossil fuels has accelerated rapidly since President Biden took office and vowed to fight climate change. It’s also following demand: China, the world’s biggest car market, recently ordered that the majority of new cars be powered by electricity by 2035, and electric cars were the fastest-growing segment of the European market last year.

will buy a majority stake in Tidal, the music-streaming service owned by Jay-Z and other artists including his wife, Beyoncé, and Rihanna. The pandemic-friendly delivery business Instacart has raised $265 million and more than doubled its valuation. And in case you wanted to change up your comfort eating, Hershey has introduced an all-peanut-butter Reese’s cup that does away with its chocolate exterior.

The poshest place in California's Coachella Valley is The Madison Club. This exclusive gated community in La Quinta is where A-listers and tycoons … END_OF_DOCUMENT_TOKEN_TO_BE_REPLACED

KOROPY, Ukraine — Four men tugged at long strips of fabric to lift a coffin out of the gaping hole in the backyard of a small house. They flung the … END_OF_DOCUMENT_TOKEN_TO_BE_REPLACED