Much has happened since the NBA Board approved the “concept” of the WNBA. The women’s league now has a commissioner, Cathy Engelbert. Of the eight original teams, only the Los Angeles Sparks, Phoenix Mercury, and the New York Liberty have lasted.  There have been ups and downs along the way, including a worldwide pandemic the league is still navigating this season.

Will the recent increase in viewership and engagement provide the necessary proof of concept needed to propel the WNBA to the next level?

The short answer is: it should!

Women’s basketball has steadily increased viewership year-over-year. Let’s first take a look at the last two WNBA Drafts. Despite being virtual  – as opposed to broadcast live from Nike Headquarters in New York City – they are the two most-viewed WNBA Drafts in nearly 20 years.

Additionally, the WNBA saw an increase in the opening weekend and postseason viewership last season while it alongside the NBA return to play, the NWSL Challenge Cup, and the NHL return to play.

The increase in WNBA viewership coincides with the most-ever league games on national television. ESPN added 13 games to their 2020 broadcast slate after their opening weekend broadcast was up 20% year-over-year.

“You can’t ask for anything better than to have a 15 percent increase (for the Finals) when the NBA Finals is down 49 percent,” John Lewis of Paulsen Sports Media Watch told Forbes SportsMoney last October.

What might be better is a carryover buzz from Women’s College Basketball.

The 2021 NCAA Women’s Final Four pulled some of its highest viewership numbers ever. The showdown between UConn and Baylor in the Elite Eight round was the most-watched NCAA Tournament game in 10 years, excluding Final Four matchups. Several college stars embarked on their WNBA journey today as all 12 teams officially opened training camp.

Early signs indicate the WNBA Draft Class of 2021 might have an excellent chance to parlay solid NCAA ratings not only into WNBA viewers but also lucrative sponsorships. Former Baylor guard and current New York Liberty draft pick  DiDi Richards has a projected sponsorship value of $254 thousand based on her social media impressions calculated by Zoomph.

“I think the social media engagement was so it was different than last year, it was more intense, everyone was more excited. There was just more interest because everything has been more available, starting with the college games. ESPN is making it easy to watch the Draft,” Bria Felicien, the creator of The Black Sportswoman, told Forbes SportsMoney.

Further proof of concept was evident in the recent WNBA and Nike launch of three new uniforms for each of the 12 teams in the league. The drop of the new jerseys yielded over 69 million impressions on drop day.

Felicien, who formally covered the Atlanta Dream for the Atlanta Journal-Constitution, has been encouraged by the increase in WNBA engagement heading into this season.

“We’ve been waiting for this kind of recognition for so many years. It feels like it’s growing at a point,” Felicien said. “I just really hope that this is the beginning and there’s no backtracking. Because it’s time.” 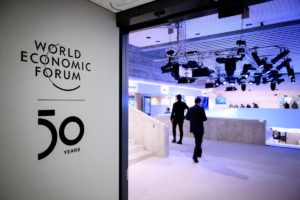