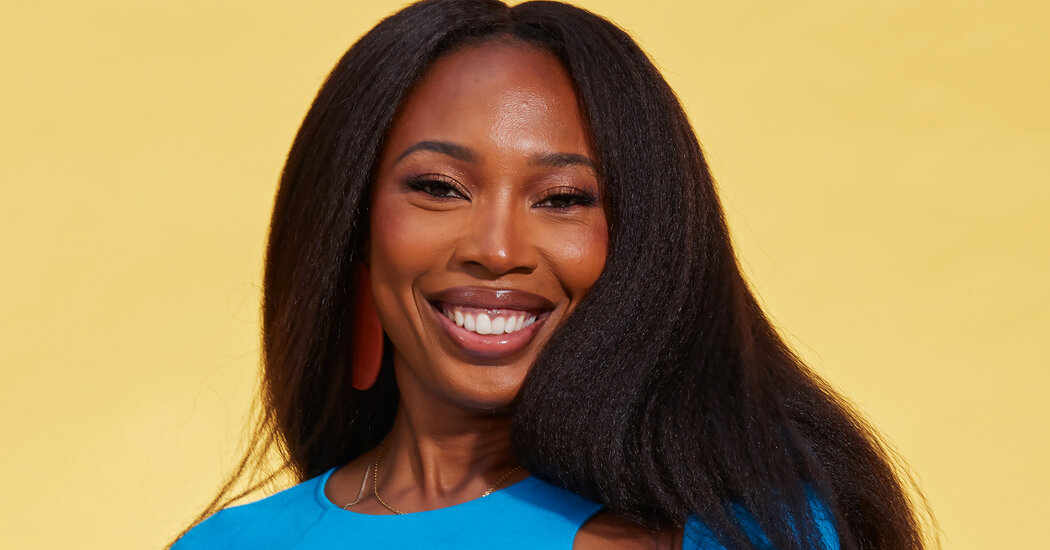 The costume designer and wardrobe stylist Zerina Akers does not want people to think that her life is picture-perfect, even if she spends her time making sure that her clients are.

“I want to dispel the thought that it is glamorous,” she said of her days, which often include piecing together ensembles for her celebrity clientele, overseeing fittings and tending to her e-tail site. “Yeah, you’re dealing with beautiful things, but you also have to deal with all the luggage, getting all the looks right and running around. It’s a lot of hard work and heavy lifting.”

And, lately, she has been doing all of that on a wounded ankle. She’s mainly worn comfort shoes during the pandemic, but a pair of post-quarantine wedge heels led to her recent mishap. (“Who did I think I was?!” she said, while describing the stumble during a phone interview.)

Ms. Akers, 35, is the go-to stylist for Beyoncé Knowles-Carter — the iconic oversized black hat that the singer modeled in the 2016 “Formation” music video was her handiwork. She also compiled the wardrobe for Ms. Knowles-Carter’s opulent 2020 visual album, “Black Is King,” pulling designs from both established European fashion houses and independent designers from across the African diaspora.

“Last summer, there was a huge surge in support of Black brands,” she said, describing widespread calls for inclusivity and representation that swelled after the protests against racism and police brutality. That led some people to ask a new question: How long would this last?

“Would it be something that’s going to stick around and really create change, or was it just a trend?” Ms. Akers said. “I felt it was important to not wait around and gauge the reaction of the fashion industry. We were able to create something that we own, and we’re going to keep it going,” she said of the website, which features about three dozen brands.

Ms. Akers, a Maryland native who is based in Van Nuys, Calif., has also been designing clothing recently, a throwback to her teenage years spent creating garments for school fashion shows. Some of her work — a color-blocked dress, a chain-trim bodysuit, a trench jumpsuit — is featured in a capsule collection of separates for Bar III, the private label from Macy’s.

We spoke with her in early May, as she mulled over ideas for revamping the Black Owned Everything site and sorted through wardrobe items intended for the Colombian reggaeton artist Karol G and Chloe Bailey of the R&B duo Chloe x Halle.

Interviews are conducted by email, text and phone, then condensed and edited.

Brandice Daniel, the founder and chief executive of Harlem’s Fashion Row, as part of their annual Designer Retreat. We’re on with the accessories designer Brandon Blackwood, talking about our career paths and giving advice to young people on how to make it in fashion. I talk about the importance of being in good financial standing and doing what you love without prioritizing being “internet famous.”

3:30 p.m. My assistant, Christian Barberena, arrives at my house and we chill in the backyard, going over our next two weeks of work and divvying up tasks. Usually, my team handles internet shopping and sourcing items in stores. Then, I’ll primarily handle things that are being custom-made by designers.

5:45 p.m. I realize I’m about 15 minutes late for a Netflix virtual screening event for “Halston,” and Chris and I tune in to watch. It’s a must-see. Based on what I’ve read about him, it was well-cast — and it’s visually quite stunning.

8 a.m. I awake with a bit of anxiety, because I’ve been trying to figure out how to seamlessly do some construction on the Black Owned Everything site without alarming our followers. I want it to have much more storytelling, engage more Black photographers and graphic designers, and make it more than just a generic e-commerce space. I also have to find an entry-level social media manager to help make the Instagram account more robust while the site is down.

The Rooftop by JG with Liza Vassell, the founder of Brooklyn PR. We’re both late but make it just in time to not lose our table. It’s our first time connecting outside of work and we spent an hour and a half stuffing our faces, discussing our experiences being Black women making our own way, and investing in and supporting each other.

6:30 p.m. Today was one of those weird days — productive, yet somehow I was left feeling like I didn’t quite do enough. I start checking out mentally by watching trash TV.

8:30 a.m. My makeup artist, Leah Darcy Pike, arrives to help me get ready for a portrait for this column. I decided to throw on an aqua blue look from my Macy’s collection.

1:17 p.m. I call my product development consultant and deliver the good news that I love our new Black Owned Everything candle sample. It’s kind of woody and sort of like patchouli, with these other weird notes. We also discuss possible product ideas we could launch for Juneteenth, like a summer travel kit.

2:05 p.m. I open my garage in an attempt to organize it, then close it back. It’s filled with jewelry, clothes from past photo shoots, my personal wardrobe overflow, B.O.E. stuff … it’s gotten a little crazy.

3 p.m. It’s Chris’s birthday, so I run out and grab a cake from Sweet Lady Jane and we indulge for just a moment.

4:15 p.m. I go to a mall in Sherman Oaks to pick up monochromatic sneakers for my weekend shoot with Karol G. I love color-blocking, particularly red shoes and red bags.

Sally Hemings. I’m currently obsessed with the narratives of slaves. The varied experiences never cease to amaze me. I keep them etched in my brain as a reminder of how resilient we really are as a people.

8:33 a.m. I’m cracking open the week’s packages one by one. There are 20 to 30 — a combination of gifts, things from Black-owned businesses that they want us to review, and some celeb stuff. For the most part, I try to have some stuff go to my office, but since we’re blurring lines with the pandemic, I’ve just been having it come straight to one place.

10:45 a.m. Head out to meet Chris so we can set up a rack for Karol G before heading into a fitting. The first thing I usually try to do with fittings is see what makes the client’s face light up, then I’ll start with those things that they’re most excited about. Typically, the trickiest part is the alterations because you want to make sure they hold up and last, but not damage the garment. On this day, everything went smoothly.

5:33 p.m. After grabbing a bowl of fried tofu with veggies and grits at Souley Vegan, I head to my office to work on a new project with Chris. We’re trying to start a virtual reality character for the site. She’ll be dressed in the Black-owned brands and you can follow her day-to-day.

8 p.m. We realize we should probably stop working and head home to pack for a shoot in San Francisco. When I fly, I have to have my travel blanket (right now, it’s Burberry), my memory foam neck pillow and a sleep mask — I can never stay awake on a plane, even if it’s just an hourlong flight.

“The government can place them under watch and pressure them through their employers or relatives not to make trouble,” said Minxin Pei, a professor … END_OF_DOCUMENT_TOKEN_TO_BE_REPLACED