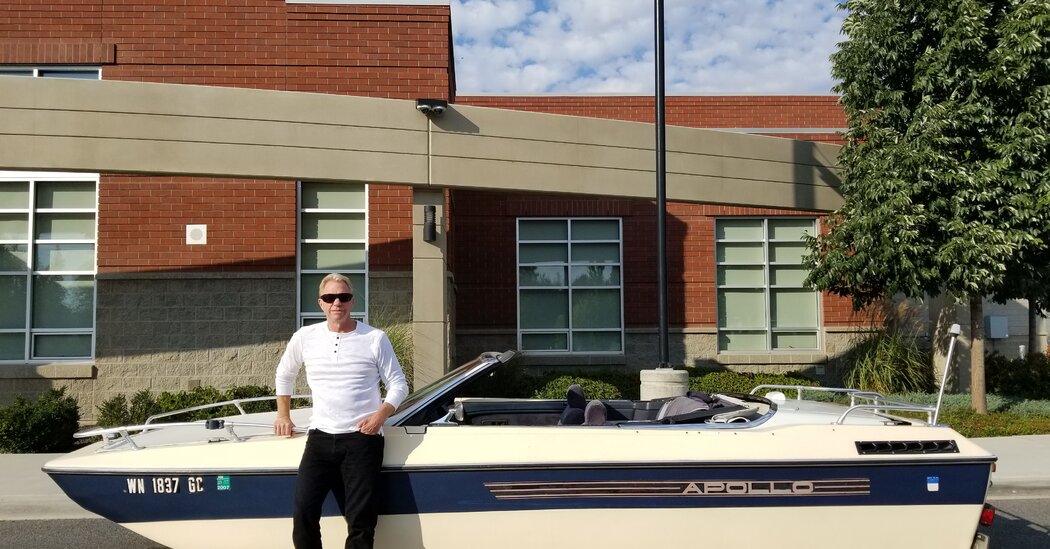 Tim Lorentz, a special-education teacher in Spokane, Wash., loves both cars and boats. He has raced cars and has owned a variety of muscle and exotic vehicles.

“Car guys always want to own or drive a unique car that no one else owns,” Mr. Lorentz said. “I created an eight-passenger convertible. Why not a boat mounted over a convertible? I have never seen another one like it.”

The LaBoata was “instant fun,” he said, until he received a letter from the Washington Department of Motor Vehicles canceling his registration and title. The authorities had noticed his converted convertible, and they weren’t amused. He removed the boat shell, drove the car to the D.M.V. and had it reinspected, reinstated and relicensed. He went home and popped the boat back on, and he has had no issues since.

Kelvin Odartei Cruickshank, who is 19 and lives in Accra, Ghana’s capital city, built, from scratch, a two-person car that looks like a ramshackle DeLorean. It took three years to complete. Mr. Cruickshank used about $200 of scrap metal and parts not normally used in cars because of financial constraints.

The Seattle Seahawks are very much still in the running for Baker Mayfield. (Photo by Stacy ... [+] Revere/Getty Images) Getty Images The Seattle … END_OF_DOCUMENT_TOKEN_TO_BE_REPLACED

(CNN) — Kim Kyung-seop recalls going to cheap bars after class with his friends, where they binged on as much makgeolli as possible. "You know the … END_OF_DOCUMENT_TOKEN_TO_BE_REPLACED