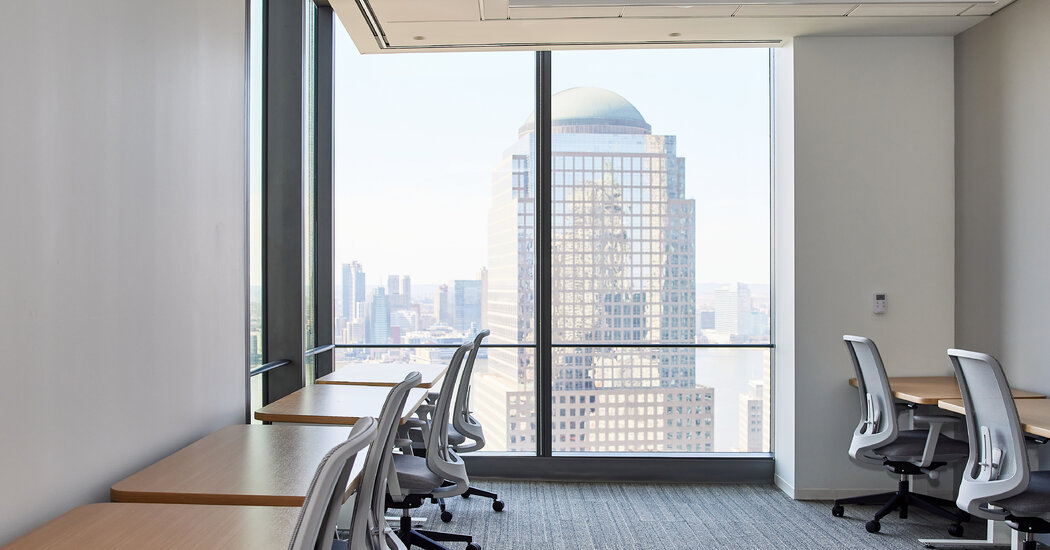 Before, businesses had little interest in spending on such services, according to Rebecca Humphrey, an executive vice president at Savills and head of the Workplace Practice Group. “A client would say ‘I don’t want to pay for that, I just want this deal done,’” she said. “The pandemic has shifted that.”

Her Savills colleague, Mr. Lipson, said he saw possible changes for even some of the staunchest traditionalists, like white-shoe law firms in Washington. “Senior partners went home last March thinking ‘my paper, I can’t do without my paper, and I can’t do without my assistant right outside my office,’” he said. “Then they billed the same amount of hours the next week and thought, ‘huh, that went better than I thought?’”

With companies anticipating changes, and reactions to them, one new role the real estate firms may be playing is that of the scapegoat.

For businesses with employees reluctant to return to the office, the consultants’ stamp of approval can provide credibility — and a reason to make office workers come back.

“We’re very helpful to play the bad guy,” Ms. Humphrey said, noting a fair amount of business had related to auditing office plans and helping companies communicate changes or bring people back. “It helps in messaging to say ‘we brought the outside guys in’.”

What Is an Office For?

Sixteen floors up in a quiet Midtown Manhattan high-rise, Joseph J. Sitt leapt to his feet and pointed to a television headline that heartened him: Remote work would soon end for New York City government employees. He had been agitating for a signal like this. “If he’s not going to have workers back in the office,” he said, “who is?”

Mr. Sitt, chief executive of Thor Equities, reopened his own workplace last July, unveiling what he called a “Covid conference room,” with chairs spaced a shade more generously. (“I guess I should call it the socially distanced conference room,” he corrected himself.) He was counting on a “violent reopening.”

There were no arrests in three quarters of last year’s fatal shootings, according to statistics provided by Mr. Krasner’s office, even as arrests for … END_OF_DOCUMENT_TOKEN_TO_BE_REPLACED