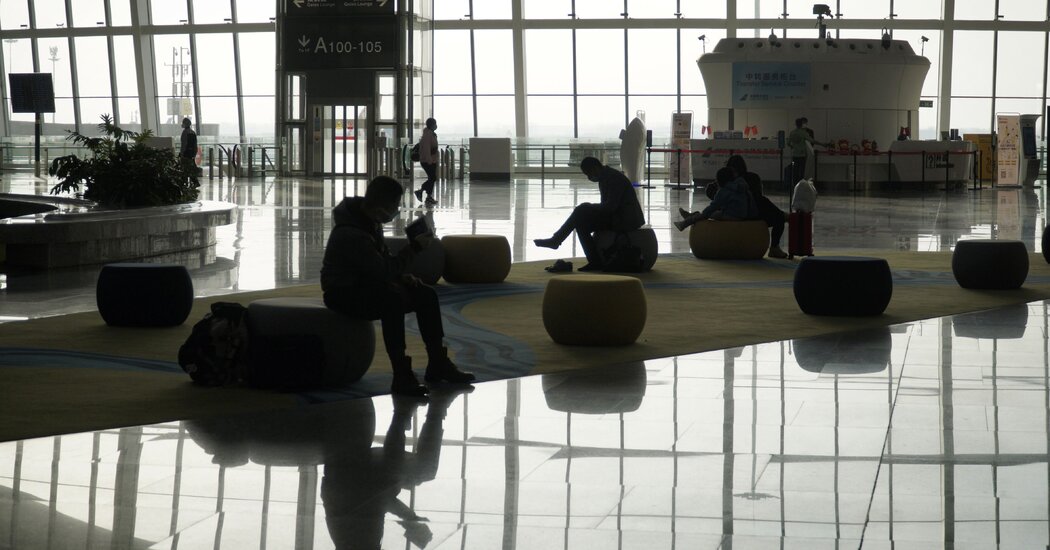 For the past year, people trying to go to China have run into some of the world’s most formidable barriers to entry. To stop the coronavirus, China bans tourists and short-term business travelers outright, and it sets tough standards for all other foreigners, even those who have lived there for years.

The restrictions have hampered the operations of many companies, separated families and upended the lives of thousands of international students. Global companies say their ranks of foreign workers in the country have dwindled sharply.

At a time of strained tensions with the United States and other countries, China is keeping itself safe from the pandemic. At the same time, it risks further isolating its economy, the world’s second-largest, at a moment when its major trade partners are emerging from their own self-imposed slumps.

barred the entry of foreign workers and students since late December.

In China, officials regard travel limits as crucial to their success in containing the virus. Since the outbreak started, China has reported more than 101,000 Covid cases. Although questions have been raised about the accuracy of the numbers, they are far lower than in the United States, where 29.8 million people have tested positive for the virus. China’s strategy reflects its strengths as well as its weaknesses.

China was the only major economy to grow last year. It knows businesses will find a way to keep their Chinese operations running, with or without expatriates, and it is betting that they will come back when the pandemic eases. At the same time, China’s restrictions highlight the inadequacies of its vaccine rollout, which has been slow compared to those of the United States, Britain and other countries.

have said that foreigners wanting to enter China could avoid some visa paperwork by taking a Chinese-made Covid-19 vaccine. The government has presented the rule as an easing of its visa application procedures. But it does not help travelers from countries like the United States where Chinese vaccines are not available.

“It’s kind of a Catch-22,” said Jeff Jolly, who has been stuck in the United States since July after leaving Shanghai, where he runs a language training center and academic consultancy.

In a statement, China’s foreign ministry said: “We believe this is a meaningful exploration of facilitating international travel once mass vaccination has been achieved.”

temporarily suspend the entry of foreigners from Britain, even if they had visas or valid residence permits. It described the move as a “temporary response” as cases of Covid-19 surged in Britain.

The situation has left Ms. Astbury Allen feeling overwhelmed. She worries most about the trauma this separation is inflicting on her daughters.

Her 12-year-old, Livia, became depressed and hid under her blanket, refusing to come out of her room for three days. When Mae, her usually cheerful 7-year-old, saw her mother crying last month, she became very upset and emotional, Ms. Astbury Allen said.

Chief Covelli said Mr. Crimo planned the shooting for several weeks, but that the authorities had not yet established what his motive was. “We have no … END_OF_DOCUMENT_TOKEN_TO_BE_REPLACED

Kevin McKenzie and Martine van Hamel were standing in the dining room of their weekend house in Woodstock, N.Y., trying to figure out when they got … END_OF_DOCUMENT_TOKEN_TO_BE_REPLACED