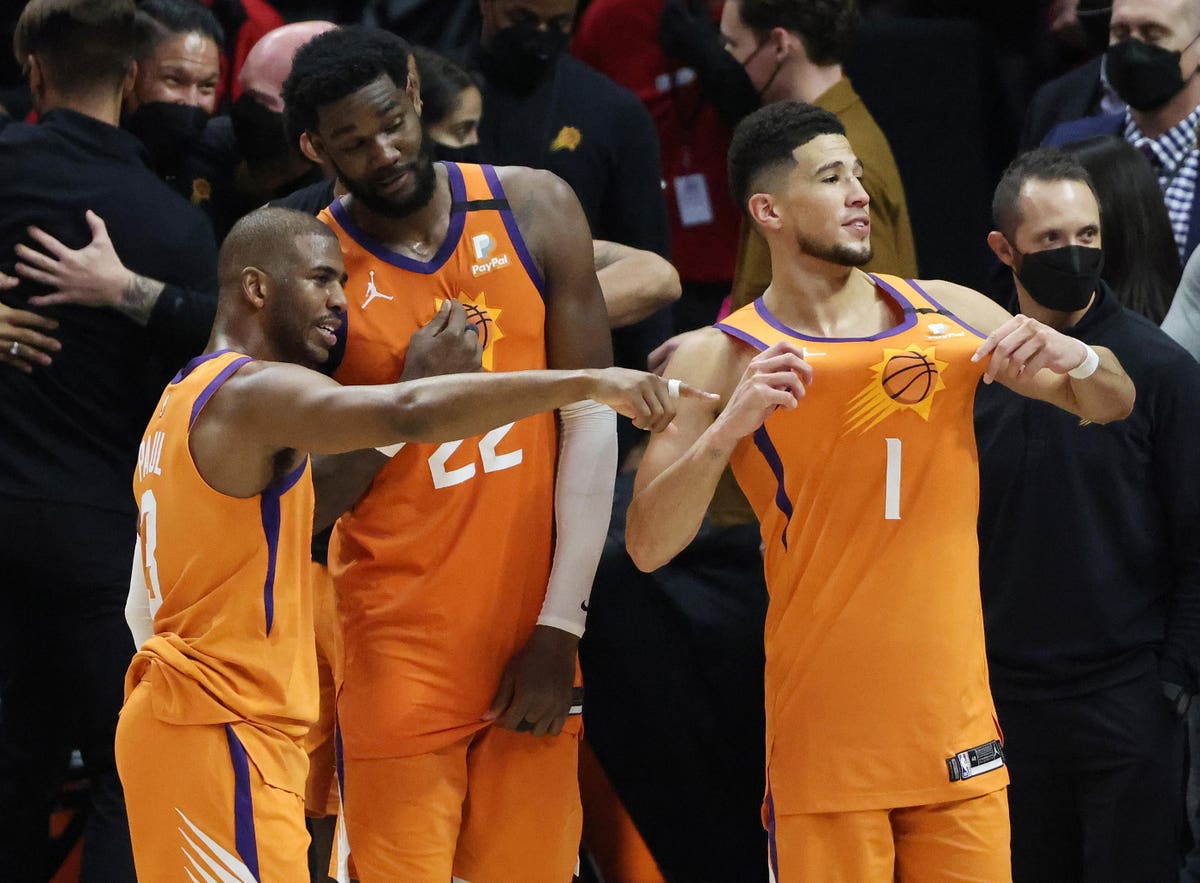 The key to Chris Paul’s longevity and his ability to transcend generational changes in the NBA’s style of play over the course of his long career has not been adapting the way he plays. Instead, it has been the opposite; to continue to do what he does best in defiance of the groupthink.

It is common knowledge that a key development in NBA offenses over the last decade-plus has been a reappraisal of shot values, and in particular, as a direct result of that, a marked and deliberate decline in the frequency of mid-range shots. Once the mindset began to take hold that a 35% three-point shot was more valuable than a 40% mid-range two – which seems so obvious in hindsight – shot profiles around the league subsequently changed beyond all recognition, and the league moved into a realm where a lot of frontcourt players almost never took a middy at all.

That knowledge however is often contorted into a misconception that mid-range shots are bad, and always to be avoided. This is not the case. Only bad mid-rangers, ones with poor expected shot value, are to be eradicated. Players can and should take them if they are good enough at them. And Chris Paul is definitely good enough at them.

Indeed, he is in all probability the world’s best.

On pull-up two-pointers, Paul is shooting a colossal 54.1% and doing so on 6.5 attempts per game, the league’s third-best efficiency on the seventh-most attempts. For comparison purposes, DeMar DeRozan, lauded mid-range genius, is shooting 49.8% on 11.9 attempts per game, while Paul George’s 6.3 attempts per game see him hit only 39.3%. From 10 to 14 feet out, Paul shoots a hefty 56.9%, second only to Richaun Holmes, and only Kevin Durant, C.J. McCollum, LaMarcus Aldridge and Trae Young can best his 53.9% shooting from 14-19 feet. As a combination of volume and efficiency, then, Paul is an unrivalled backcourt mid-range guru.

Further to this, he is bringing his team with him. Two other Suns rank near to the top of the league in mid-range shooting, and it is not a coincidence that they are the Suns’s second and third stars. The improved DeAndre Ayton is only just behind Paul from 10-14 feet with a 55.9% mark, along with 44.8% from 14-19. Across both ranges, Devin Booker shoots 46.7%, along with 45.9% more between 20 feet and the three-point line. And with both Cameron Payne and Mikal Bridges also hitting over 50% from between 10-14 feet, the Suns have three of the NBA’s top scorers from that range, an area that much of the rest of the league eschews.

This is not a novelty or a convenience, but a tactical advantage, and one that starts with Paul. He does not have the size or burst to get beyond defenders through tools alone, or to get to the rim and finish above the traffic once there. But what he does have is a fool proof handle that embodies style over substance, craft, guile, timing, decision-making, poise, patience, experience and vision.

In playing in this way, Paul becomes the mismatch. The quadruple threat, without the tools – the fact that he can do it against any sort of defender and defense means his team is never out of a possession when he is in. Three-point shooting is often called “floor spacing” as a synonym, which makes theoretical sense, as defenders have to cover more ground the further out the opposition is placed, yet Paul stretches the floor by making every area of it a threat. Not just through his own scoring, either, but through his team, creating efficient looks from the inefficient areas.

Having posted a 64-18 record – which would have been 65-17 had they not run out the bench in the last one – the Suns were by far the best team in the regular season. They have a tremendous chance at their second-consecutive NBA Finals, and at perhaps their first-ever NBA championships. And if they do do it, it will be in part by going against the gram. You can do that if you’re good enough.

The Bay Area is the last place in the U.S. with rental prices below pre-pandemic levels, according to a new report from Apartment List. That seems … END_OF_DOCUMENT_TOKEN_TO_BE_REPLACED

BUCHA, Ukraine — A breeze rustles through the cherry blossoms in bloom on almost every block in this small city, the white petals fluttering onto … END_OF_DOCUMENT_TOKEN_TO_BE_REPLACED