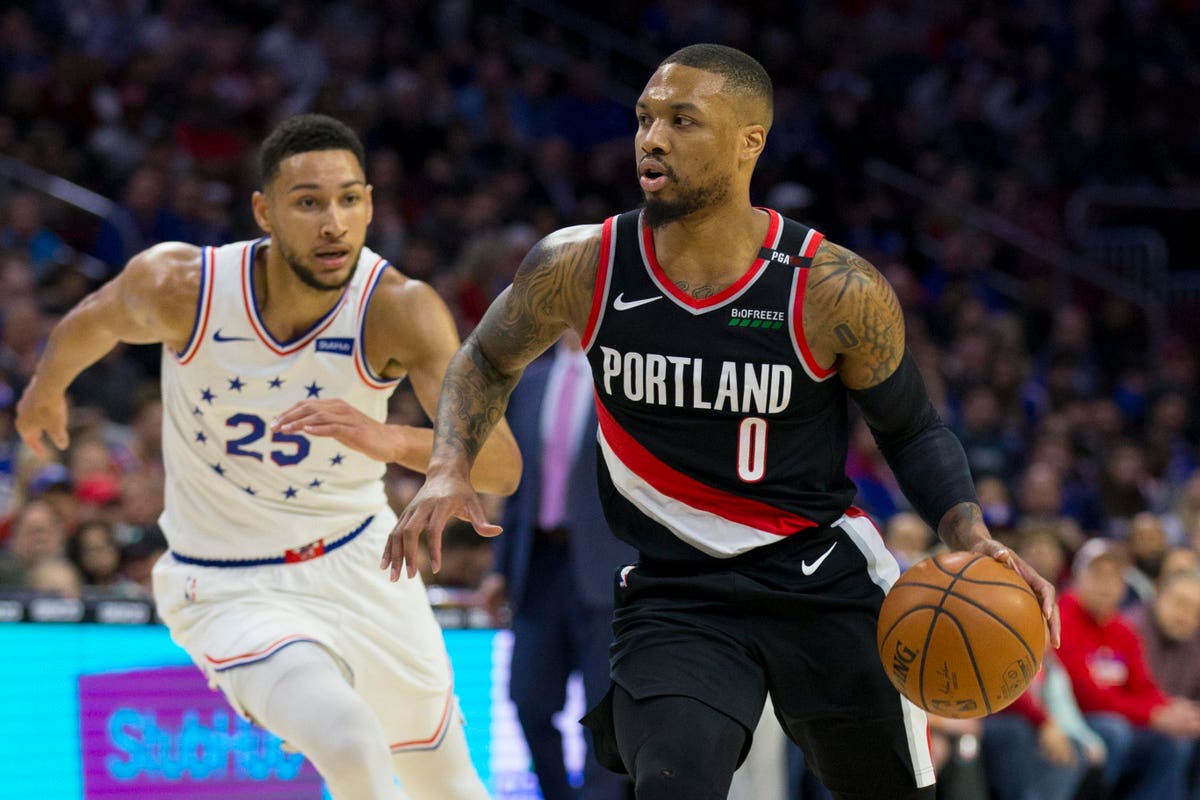 The Philadelphia 76ers’ decision not to panic-trade Ben Simmons may soon pay off thanks to the Portland Trail Blazers.

After spending all offseason batting away speculation about Damian Lillard’s long-term future in Rip City, the Blazers have stumbled out to an 11-14 start, which puts them 10th in the Western Conference. Lillard is out for at least another week with lower abdominal tendinopathy, while Nassir Little (ankle) and Anfernee Simons (ankle) are likewise sidelined at the moment.

First-year head coach Chauncey Billups is seemingly struggling to connect with his players, and the Blazers just fired president and general manager Neil Olshey on Friday for violating the team’s code of conduct. All of that puts the spotlight right back on Lillard and his future in Portland.

On Monday, Shams Charania and Sam Amick of The Athletic reported that in recent weeks, “Lillard has grown frustrated with the team’s play, and tension appears to be on the rise between the players and Billups.” Charania and Amick noted that Billups’ decision to use Lillard in pick-and-rolls less often than former head coach Terry Stotts has been a “point of contention.”

Beyond soring through his issues with Billups, Lillard also “wants significant changes to the roster,” according to Charania and Amick. Multiple sources told them that he “would like to play” with Simmons, who has yet to play for the Sixers this season as he continues to work on his mental readiness.

According to Charania and Amick, the Blazers previously discussed a trade package including CJ McCollum, a first-round pick and “a young player such as Nassir Little or Anfernee Simons,” but the Sixers wanted multiple first-round picks and pick swaps in addition to McCollum. On Monday, Kyle Neubeck of PhillyVoice reported the Sixers “have had no recent discussions with Portland” regarding a McCollum trade, “and a package centered around the Blazers guard is not currently of interest to the Sixers.”

Either way, the Sixers stand to benefit from the Trail Blazers’ turbulent start to the season.

If they do change their mind and become amenable to a deal with McCollum as the headliner, they’re now in position to demand a haul from Portland. Knowing that Lillard wants to play with Simmons and that the Trail Blazers are likely desperate to appease him gives the Sixers the upper hand in any trade negotiations between the two.

Even if the Sixers’ interest in McCollum remains lukewarm, they could try to loop in a third team to take him and send additional assets back to Philadelphia. Either way, Simmons figures to be one of the top players available on the market between now and the mid-February trade deadline, which gives the Sixers leverage over interested suitors.

Given the smoke emanating out of western Oregon, though, the Sixers may prefer to continue waiting out the Simmons trade market to see what develops between now and the deadline.

If the Blazers can’t offload McCollum or shake up their roster by flipping Robert Covington or Jusuf Nurkic for upgrades, how long will Lillard be willing to stick around? He publicly waffled on his future in Portland this summer, although he has since reaffirmed his dedication to the franchise.

“Right now I’m not sure what I’m going to do. What I can say is my intentions and my heart has always been set on being in a Trail Blazers uniform for my entire career,” Lillard told reporters in July. “But I think over time, you want to win it all. And I want to win it all in a Trail Blazers uniform. But we all have to be making strides toward that.”

The Blazers did bring in Larry Nance Jr. this offseason, but otherwise, they signed Cody Zeller, Ben McLemore, Tony Snell and Dennis Smith Jr. to veteran-minimum contracts. All of them are decent role players, but none are needle-movers who factor into Portland’s long-term future.

The Blazers are thus staring at a fork in the road leading up to the trade deadline. They could attempt to remake their roster on the fly in a last-gasp effort to convince Lillard not to request a trade, but their desperation to do so could force them to overpay.

“The best way to put it is to be more urgent about what our next step is and how we move forward,” Lillard said in July. “We’re not a bad team; we’re a winning team. We’ve got a great environment, we’ve got a great city, we’ve got great fans, there’s a lot of positives.

“I just think we’ve reached that point where it’s like, OK, it’s not enough. Do we actually want to win it all? Is that what we’re shooting for? We’ve got to do things to show that. We’ve got to put action behind that. That desire to win at that level — that’s been my only thing this entire time.”

The Blazers could also decide that no amount of tinkering around the edges will get them back into championship contention. Rather than reshuffle deck chairs on the Titanic, they could decide that now’s the best time to trade Lillard, who’s already 31 years old and is in the midst of his worst season since the mid-2010s.

If they go that route, the Sixers will be there waiting with Simmons as the centerpiece of a trade package, along with perhaps a combination of Tyrese Maxey, Matisse Thybulle and future draft picks.

According to ESPN’s Stephen A. Smith (h/t Neubeck), Lillard would prefer a trade to the New York Knicks if he does ask out of Portland. However, Smith added that “there are people in his camp who would like him to give Philadelphia stronger consideration.”

Either way, don’t be surprised if the Trail Blazers wind up being the key to resolving the long-standing logjam between Simmons and the Sixers.

Unless otherwise noted, all stats via NBA.com, PBPStats, Cleaning the Glass or Basketball Reference. All salary information via Spotrac.

These first months of the year are traditionally when hopeful homebuyers sit down to tally their raises or bonuses and assess what they can afford. … END_OF_DOCUMENT_TOKEN_TO_BE_REPLACED