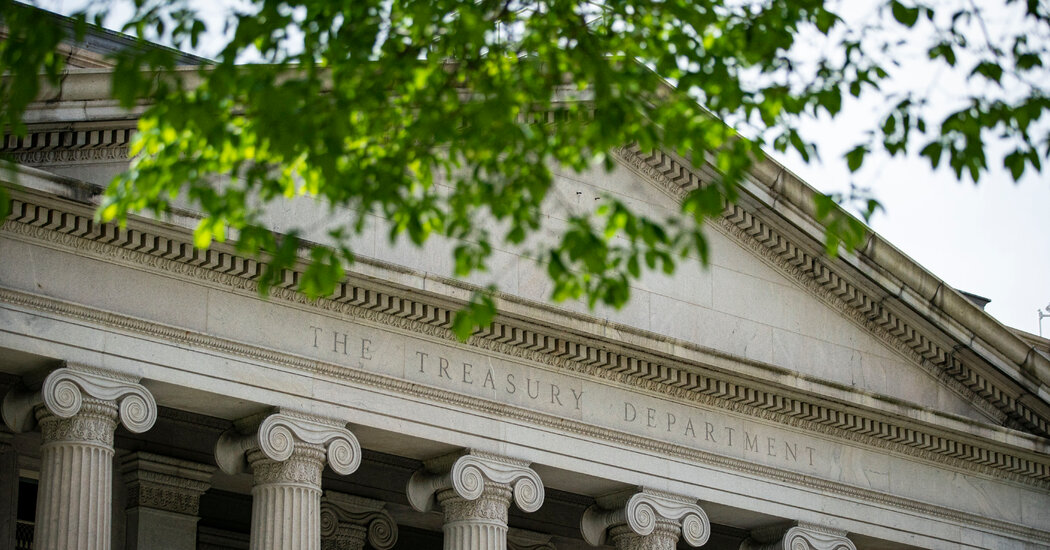 The Biden administration on Thursday defended its assessment that it could raise $700 billion in revenue by pumping money into the Internal Revenue Service to beef up its enforcement capabilities amid criticism that its projections were overly rosy.

The Treasury Department released a 22-page report laying out the administration’s new “tax compliance agenda,” which is a centerpiece of its plans to pay for a $1.8 trillion infrastructure and jobs proposal. The Biden administration wants to give the I.R.S. $80 billion over the next decade so that it can overhaul its outdated technology and ramp up audits of wealthy taxpayers and corporations.

The Biden administration’s estimates of the return on investment that it could generate from boosting the I.R.S. budget far surpassed projections by the nonpartisan Congressional Budget Office. And John Koskinen, a former I.R.S. commissioner under President Barack Obama and President Donald J. Trump, has suggested that it would be hard for the cash-strapped agency to efficiently spend that much money.

The Treasury Department said that it believes its projections are conservative. Much of the revenue from more rigid enforcement would become evident in the later part of the decade, the report said, but Treasury officials believe that with more enforcement staff and better technology the I.R.S. can chip away at the “tax gap.”

$1 trillion owed to the government is not being collected every year. The Treasury Department estimated on Thursday that in 2019 the tax gap was $584 billion and is on pace to total $7 trillion over the next 10 years.

The Treasury report said that much of the revenue it estimates would come through its “information reporting” rules for financial institutions. This would give the I.R.S. more visibility into corporate accounts to determine how much money they are actually taking in and what should be taxed. The department said it expects that such reporting would be helpful for audits and would serve as a deterrent against corporate tax evasion.

The Biden administration has faced questions from Republican lawmakers, such as Senator Mike Crapo of Idaho, to justify its claims that giving the I.R.S. so much money will yield such robust returns. Conservative political groups have criticized the Biden administration plan to hire an army of I.R.S. agents, saying it’s a way to hike taxes.

The Treasury report attempted to rebut such claims, noting that increased audits would be focused on the rich.

“It is important to note that the President’s compliance proposals are designed to ameliorate existing inequities by focusing on high-end evasion,” the report said. “Audit rates will not rise relative to recent years for those with less than $400,000 in actual income.”

AUSTIN, Texas--(BUSINESS WIRE)--As the first multifamily management company to be recognized in the Public Relations and Marketing Excellence Awards, … END_OF_DOCUMENT_TOKEN_TO_BE_REPLACED

There have been whispers of cooling housing and rental prices in the San Francisco Bay Area, but that hasn't yet translated into practical, noticeable … END_OF_DOCUMENT_TOKEN_TO_BE_REPLACED

Cars pass in Independence Square at twilight in Kyiv, Ukraine, Monday, Oct. 31, 2022. Rolling ... [+] blackouts are increasing across Ukraine as the … END_OF_DOCUMENT_TOKEN_TO_BE_REPLACED