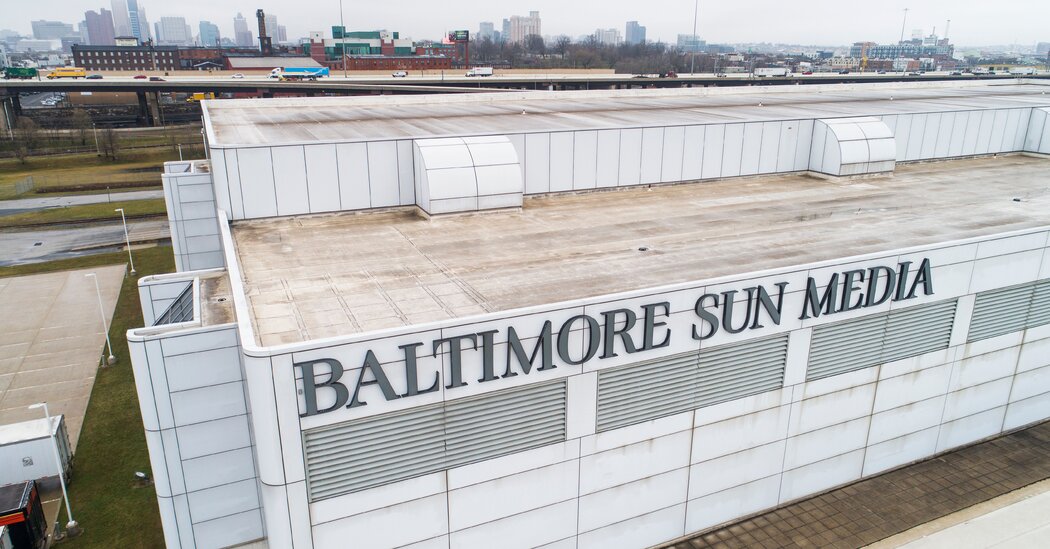 Tribune Publishing said on Monday that it had ended talks to sell itself to Newslight, a company set up last month by the Maryland hotel executive Stewart W. Bainum Jr. and the Swiss billionaire Hansjörg Wyss, after Mr. Wyss withdrew from a planned offer on Friday.

Tribune Publishing’s special committee, which evaluates bids, said in a news release on Monday that the Newslight plan could no longer “reasonably be expected to lead to a ‘superior proposal’” than the binding agreement the company had reached in February with Alden Global Capital, a New York hedge fund. (An earlier version of this item misstated that the agreement was nonbinding.)

Mr. Bainum and Mr. Wyss had swooped in last month with a proposal of $18.50 per Tribune share, beating out the bid from Alden, which was for $17.25 a share.

The pathway to a deal involving Mr. Bainum, the chief executive of Choice Hotels, one of the world’s largest hotel chains, is not completely blocked.

In a letter on Saturday, Mr. Bainum informed the Tribune board of Mr. Wyss’s exit from a potential deal, adding that he remained committed to a proposal at $18.50 a share, after examining the company’s finances and discussing a possible agreement with other potential backers.

“I remain confident that there is significant interest in joining this effort and expect the necessary arrangements among one or more additional equity financing sources can be completed expeditiously,” Mr. Bainum wrote in the letter. He declined to comment for this article.

Tribune’s special committee said in its statement on Monday that it would “carefully consider any further developments in order to determine the course of action that is in the best interest of Tribune and its stockholders, subject to the terms of the Alden merger agreement.”

The committee added that, in keeping with a previous recommendation, its board would advise company stockholders to vote in favor of the Alden deal.

Tribune, the publisher of The Chicago Tribune, The Baltimore Sun, The Daily News and other metropolitan newspapers across the country, has been the target of Alden, its largest shareholder, since last year.

Because Alden is known for slashing costs at the roughly 60 daily newspapers it controls through its MediaNews Group subsidiary, journalists at Tribune publications cheered the surprise entry of Mr. Bainum and Mr. Wyss into the bidding. Alden has said it allows newspapers that might otherwise fold in a struggling industry to remain in business.

Tribune shareholders are expected to vote on a buyer this summer, after the board formally approves an offer.

AUSTIN, Texas--(BUSINESS WIRE)--As the first multifamily management company to be recognized in the Public Relations and Marketing Excellence Awards, … END_OF_DOCUMENT_TOKEN_TO_BE_REPLACED

There have been whispers of cooling housing and rental prices in the San Francisco Bay Area, but that hasn't yet translated into practical, noticeable … END_OF_DOCUMENT_TOKEN_TO_BE_REPLACED

Cars pass in Independence Square at twilight in Kyiv, Ukraine, Monday, Oct. 31, 2022. Rolling ... [+] blackouts are increasing across Ukraine as the … END_OF_DOCUMENT_TOKEN_TO_BE_REPLACED