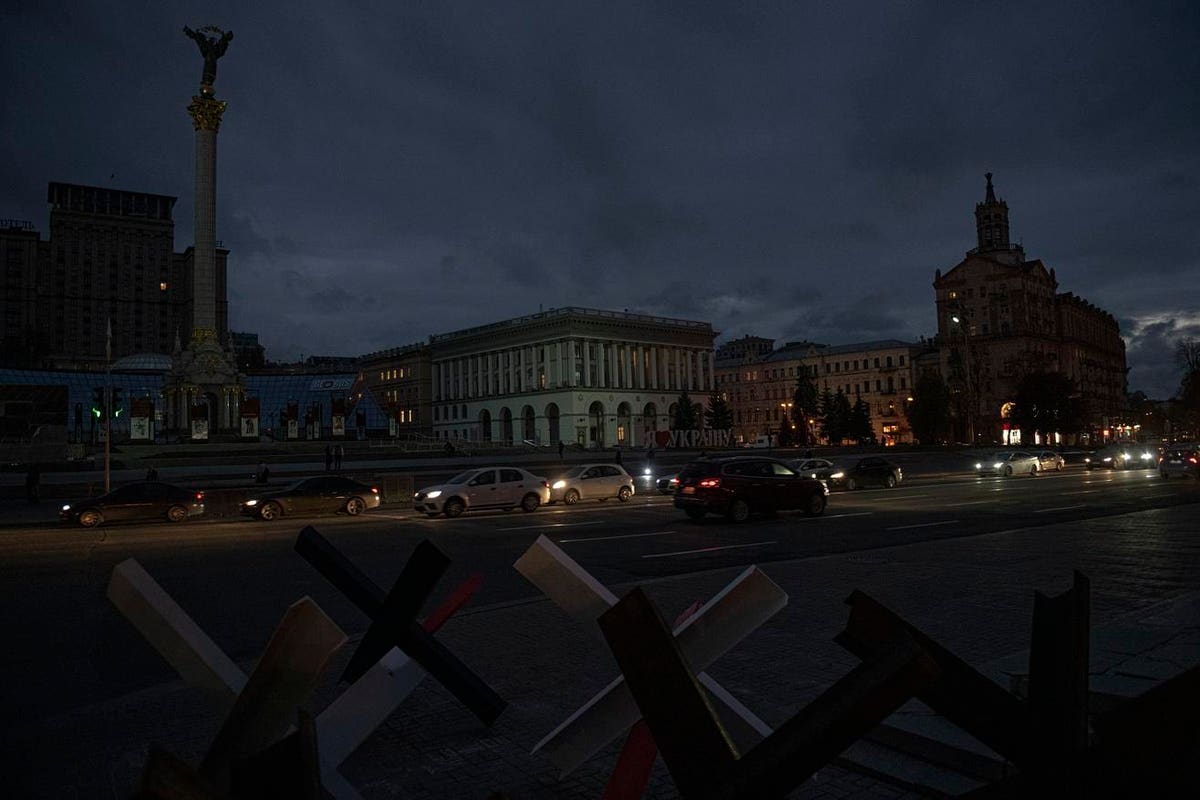 As Russia’s attack on Ukraine continues and the war rages on, reliable sources of information are critical. Forbes gathers information and provides updates on the situation.

Tuesday, November 1. Day 251. According to the President of Ukraine, 40% of all Ukrainian energy infrastructure has been seriously damaged as a result of Russian attacks. Ukrainian president Volodymyr Zelenskyy had a meeting with the European Commissioner for Energy, Kadri Simson, during which he disclosed the consequences of Russia’s energy terrorism, as well as the measures Ukraine is taking to stabilize its energy grid. “Unfortunately, due to the strikes of missiles and kamikaze drones by the Russian Federation on our energy system, we have suspended the export of electricity to Europe. But I am sure that we will restore everything, and in a calmer time, when the situation in our energy system will be stabilized,” said Zelenskyy.

Iran plans to send more than 200 drones to the Russian Federation starting in November. According to the main intelligence department of the Ministry of Defense of Ukraine, Shahed-136, Mohajer-6 and Arash-2 drones will be delivered via the Caspian Sea to the port of Astrakhan, in Russia. Drones will arrive in a disassembled state, then, on the territory of the Russian Federation, they will be assembled, repainted and applied with Russian markings, in particular “Geran-2”.

Starting November 1, in the temporarily occupied territories of Ukraine, the Russian regime intends to start its fall draft to fill the ranks of the Russian armed forces, reported the Ministry of Foreign Affairs of Ukraine. Under the guise of conscription, mobilization is also underway in Crimea, the nature and methods of which testify to the desire of the Russian military-political leadership to reduce the number of Ukrainians and Crimean Tatars on the peninsula as they are the most resistant to Russian occupation. The Ministry of Foreign Affairs of Ukraine strongly condemns Russia’s intention to start conscription. “Under international humanitarian law, an occupying power is prohibited from forcing protected persons to serve in its armed forces, as well as from pressuring and promoting voluntary military service,” written in the statement of the Ministry of Foreign Affairs.

Mykolayiv. Around midnight, the Russian army attacked the city with S-300 type missiles, as a result of which a number of civilian objects were damaged. The mayor of Mykolaiv, Oleksandr Senkevich, reported that a two-story residential building was completely destroyed and a woman was killed. A fire broke out in another house due to the impact of ammunition and shrapnel.

Monday, October 31. Day 250. Russian forces unleash massive missile attack on the entire territory of Ukraine. In the morning, air raid alarms sounded throughout Ukraine. Out of more than 50 cruise missiles, air defense forces managed to shoot down 44. According to the Prime Minister of Ukraine, Denys Shmyhal, 10 regions were affected by missiles and drones, where 18 objects were damaged, and most of them energy-related. Hundreds of settlements in seven regions of Ukraine were cut off from power. “Local emergency shutdowns continue in the Kyiv, Zaporizhzhia, Dnipropetrovsk, and Kharkiv regions. Today, as in previous weeks, it is important that all Ukrainians consciously consume energy and reduce the load on the network,” said Shmyhal.

Kyiv Region. Due to massive Russian shelling, part of the Kyiv region was left without electricity. According to the mayor of Kyiv, Vitali Klitschko, 80% of the consumers of the capital of Ukraine remained without water supply, 350,000 apartments in Kyiv remain without electricity. As a result of the attack, two people were injured in the Kyiv region. One of them is in serious condition. There was also damage to private buildings.

Kharkiv. According to Oleh Synyehubov, the head of the Kharkiv Regional State Administration, about 50,000 consumers were cut off from power in Kharkiv due to the morning missile strikes launched by the Russian army, which damaged critical infrastructure. In the Kharkiv region, about 90,000 local residents were disconnected from electricity. As a result of problems with electricity, “water was supplied with reduced pressure to some districts of Kharkiv and to some large settlements of the region, because there was not enough power in the power grids for the pumps to create the proper pressure,” said Synyehubov.

Cherkasy Region. Two-thirds of the region was cut off from power supply as a result of a Russian attack on a critical infrastructure facility. The head of the Cherkasy Regional Military Administration, Ihor Taburets, reported other four victims of shelling are currently in the hospital. Work to restore electricity supply in the region continues.

Dnipropetrovsk Region. According to the head of the Dnipropetrovsk Regional State Administration, Valentyn Reznichenko, the Marhanets community came under Russian fire. 40 shells from BM-21 Grad missile launchers were fired into the community. As a result of the attack, a 31-year-old woman died. Another woman is injured. “Almost 30 high-rise and private buildings were damaged in the city. The local lyceum, administrative building, cars and power lines were mutilated,” reported Reznichenko. In the morning, the Russians caused serious damage to energy infrastructure facilities in Dnipro and Pavlohrad. As a result, the system could not cope with the electrical load causing blackouts.

Sunday, October 30. Day 249. The Russian Federation suspends its participation in a formal agreement to allow the movement of grain out of Ukrainian ports, the Russian Ministry of Defense reported. The grain deal was signed by Ukraine and Russia with Turkey and the UN at the end of August in Istanbul, and provides for the unblocking of Ukrainian ports for the export of food and farmed goods. The Russian Federation refused the agreement “in view of the terrorist act carried out by the Kyiv regime on October 29 of this year with the participation of UK specialists against ships of the Black Sea Fleet and civil courts involved in the security of the grain corridor.”

The President of Ukraine, Volodymyr Zelenskyy, emphasized Russia began deliberately aggravating the food crisis back in September, when it blocked the movement of ships with Ukrainian food. From September to today, 176 vessels have already accumulated in the grain corridor as they’ve been blocked from navigating their routes. “Some grain carriers have been waiting for more than three weeks. Algeria, Egypt, Yemen, Bangladesh, Vietnam, and other countries can all be equally destabilized by this Russian decision to block exports,” Zelenskyy added.

NATO called on Moscow to urgently renew the U.N.-brokered deal that enabled Ukraine to resume grain exports via the Black Sea amid a global food crisis, Reuters reported. “President Putin must stop weaponising food and end his illegal war on Ukraine,” NATO spokesperson Oana Lungescu said. “We call on Russia to reconsider its decision and renew the deal urgently, enabling food to reach those who need it most.” According to the Minister of Infrastructure of Ukraine, Oleksandr Kubrakov, the ship Ikaria Angel, carrying 40,000 tons of grain, was supposed to leave the Ukrainian port today. “These foodstuffs were intended for Ethiopians that are on the verge of famine. But due to the blockage of the “grain corridor” by Russia, export is impossible,” Lungescu said.

Russian launch nuclear provocations in the city of Enerhodar, in Ukraine’s Zaporizhzhia Region. Most of the occupied city of Enerhodar (where Europe’s largest nuclear power plant is located) was left without electricity due to Russian shelling. According to the mayor of Enerhodar, Dmytro Orlov, the Russian troops hit one of the substations. “We are waiting for updates on the extent of damage and restoration of power supply,” he added.

Donetsk region. During the day, the Russian military forces launched 24 attacks on the civilian population in Donetsk, Ukraine. The police of the Donetsk region recorded more than 30 destroyed buildings as a result of Russian shelling. In all, the attack caused fires in 16 settlements, 31 civilian objects were destroyed and damaged, including residential buildings, the city council building, utility buildings, garages and cars. According to Pavlo Kyrylenko, the head of the Donetsk Regional State Administration, as a result of Russian shelling on October 29, 5 civilians of the Donetsk region were killed and another 8 people were injured: in Antonivka, Pervomaiskyi, Druzhba, Klishchiivka, and Yelyzavetivka. In addition, law enforcement officers discovered the bodies of 5 civilians who died during the occupation.

Kharkiv Region. According to the head of the Kharkiv Regional State Administration, Oleh Synyehubov, during the past day, the Russian army shelled the city of Kupyansk, as well as settlements and villages in various districts of the region. “In Kupyansk, as a result of shelling, a civilian industrial facility was damaged, and a large-scale fire broke out. Rescuers are working on the spot, the fire has been contained. Previously, no one was injured,” he reported. According to the regional Center of Emergency Medical Assistance, a 58-year-old resident of the Kupyansk district was hospitalized with an injury during the day. Also, Synyehubov emphasized that hostilities continue on the contact line with the Russian border.

AUSTIN, Texas--(BUSINESS WIRE)--As the first multifamily management company to be recognized in the Public Relations and Marketing Excellence Awards, … END_OF_DOCUMENT_TOKEN_TO_BE_REPLACED

There have been whispers of cooling housing and rental prices in the San Francisco Bay Area, but that hasn't yet translated into practical, noticeable … END_OF_DOCUMENT_TOKEN_TO_BE_REPLACED 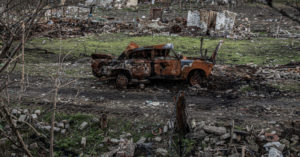 Boarding a ferry during relocation from the city of Kherson in Russian-controlled Ukraine on Monday.Credit...Alexander Ermochenko/ReutersKYIV, Ukraine … END_OF_DOCUMENT_TOKEN_TO_BE_REPLACED