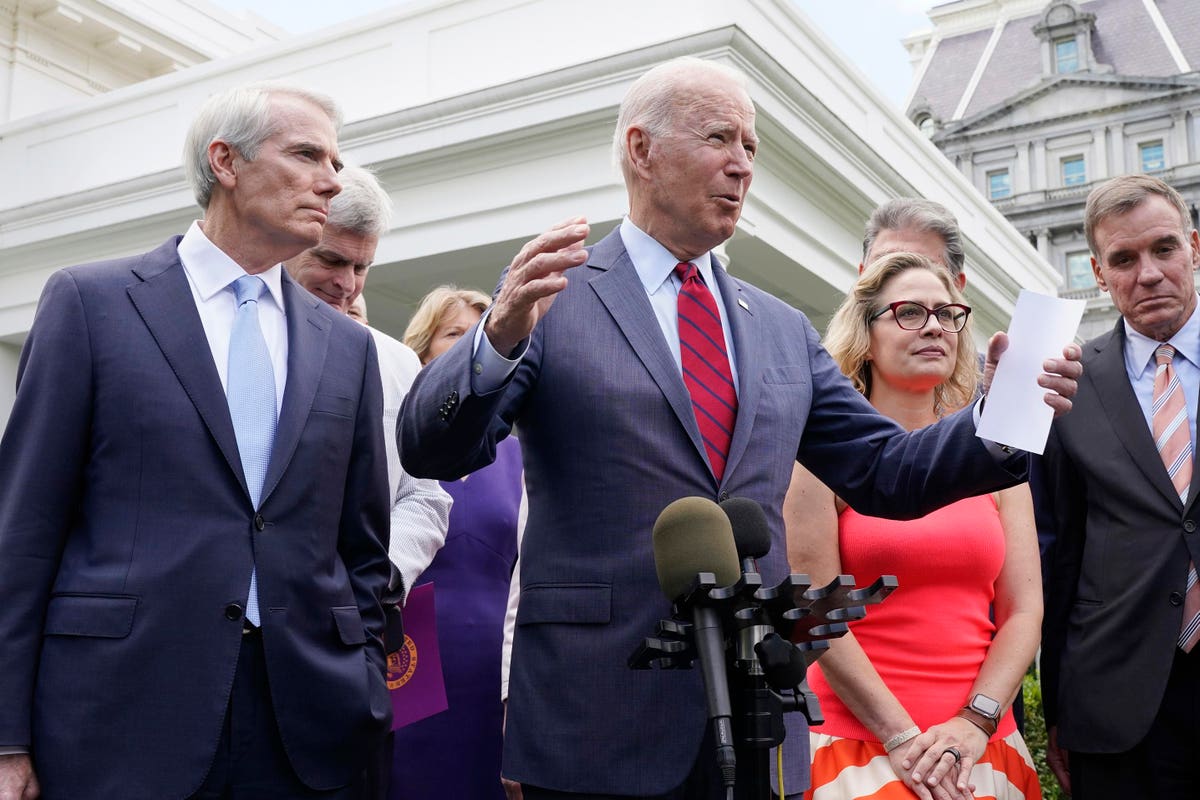 The modified infrastructure bill drafted by a bipartisan group of U.S. Senators and blessed by President Joe Biden is smaller than his initial proposal but retains dramatic levels of spending to cut carbon emissions from transportation, most notably by creating a network of charging stations across the country for battery-powered cars and trucks.

The Bipartisan Infrastructure Framework unveiled on Thursday afternoon would spend a total of $1.2 trillion over eight years, including $559 billion of new spending, the White House said. While previously proposed spending to help automakers boost production of electric vehicles isn’t explicitly part of the compromise bill, there is $7.5 billion for public infrastructure to keep them powered up.

The proposal focuses on building chargers at highway stops in rural and lower-income communities. “The largest investment in EV infrastructure in history, the Bipartisan Infrastructure Framework will accomplish the President’s goal of building 500,000 EV chargers,” the White House said.

The biggest single source of spending is $109 billion for roads, bridges and major construction projects across the U.S., as well as $25 billion to improve airports. But clean transportation is heavily backed in the modified spending bill, with $49 billion to aid public transit projects, $66 billion earmarked for freight and passenger rail upgrades and $7.5 billion for electric transit and school buses.

Federal support for electrified transportation, including commercial and government fleets and passenger vehicles, coincides with a broad-based transition across the auto industry to start weaning consumers off gasoline and diesel and into battery-powered cars and trucks as the effects of climate-damaging carbon exhaust expand. Eyeing that new market, global automakers including GM, Ford, Volkswagen and Hyundai have committed billions of dollars to add dozens of zero-emission models to their lineups, Tesla is expanding U.S. production capacity with a new plant in Texas, while EV startups including Fisker, Lucid, Rivian, Arrival and Xos cumulatively have raised billions of dollars (by going public in most cases) to get into production as quickly as possible.

The elimination of additional spending in Biden’s initial infrastructure proposal, the American Jobs Plan announced in March, particularly for programs explicitly targeting climate change-related initiatives, is drawing criticism from some Democrats, and it’s unclear how much support the scaled-down program will get from Republicans.

Many property purchasers in Alaska possess the same vision: Either hunker down away from the madding crowds in a refined log cabin or operate a … END_OF_DOCUMENT_TOKEN_TO_BE_REPLACED