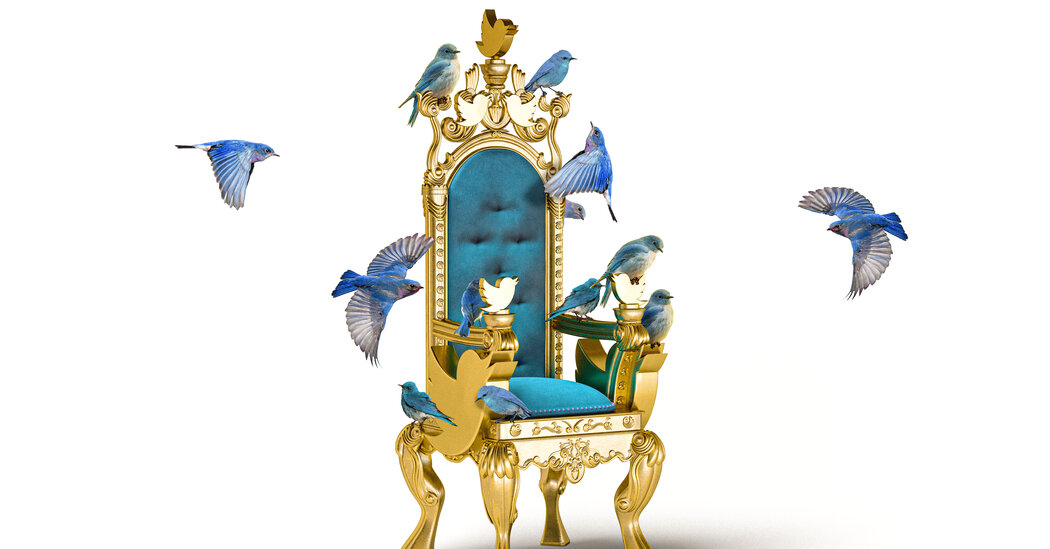 But by the early 2010s, it had grown into a global water cooler where millions of people went to make sense of the world around them. Its rapid-fire, 140-character bursts made it a valuable tool for those wanting to steer a conversation, attract attention to a cause or simply peer into the kaleidoscope of human thought.

On any given day, Twitter was the place to: talk about the news, complain about airline food, flirt with strangers, announce an earthquake, yell at your senator, cheer for your sports teams, post nudes, make dumb jokes, ruin your own reputation, ruin somebody else’s reputation, document police brutality, argue about anime, fall for a cryptocurrency scam, start a music career, procrastinate, follow the stock market, issue a public apology, share scientific papers, discuss “Game of Thrones,” find skillet chicken recipes.

And while it was never the biggest social media platform, or the most profitable, Twitter did seem to level the playing field in a way other apps didn’t.

But as Twitter and other social networks grew, powerful people found that these apps could help them extend their power in new ways. Authoritarians discovered they could use them to crack down on dissent. Extremists learned they could stir up hateful mobs to drive women and people of color offline. Celebrities and influencers realized that the crazier you acted, the more attention you got, and dialed up their behavior accordingly. A foundational belief of social media’s pioneers — that simply giving people the tools to express themselves would create a fairer and more connected society — began to look hopelessly naïve.

And when Donald J. Trump rode a wave of retweets to the White House in 2016, and used his Twitter account as president to spread conspiracy theories, wage culture wars, undermine public health and threaten nuclear war, the idea that the app was a gift to the downtrodden became even harder to argue.

Since 2016, Twitter has tried to clean up its mess, putting into effect new rules on misinformation and hate speech and barring some high-profile trolls. Those changes made the platform safer and less chaotic, but they also alienated users who were uncomfortable with how powerful Twitter itself had become.

These users chafed at the company’s content moderation decisions, like the one made to permanently suspend Mr. Trump’s account after the Jan. 6, 2021, insurrection. They accused the platform’s leaders of bowing to a censorious mob. And some users grew nostalgic for the messier, more freewheeling Twitter they’d loved.

AUSTIN, Texas--(BUSINESS WIRE)--As the first multifamily management company to be recognized in the Public Relations and Marketing Excellence Awards, … END_OF_DOCUMENT_TOKEN_TO_BE_REPLACED

There have been whispers of cooling housing and rental prices in the San Francisco Bay Area, but that hasn't yet translated into practical, noticeable … END_OF_DOCUMENT_TOKEN_TO_BE_REPLACED

Cars pass in Independence Square at twilight in Kyiv, Ukraine, Monday, Oct. 31, 2022. Rolling ... [+] blackouts are increasing across Ukraine as the … END_OF_DOCUMENT_TOKEN_TO_BE_REPLACED