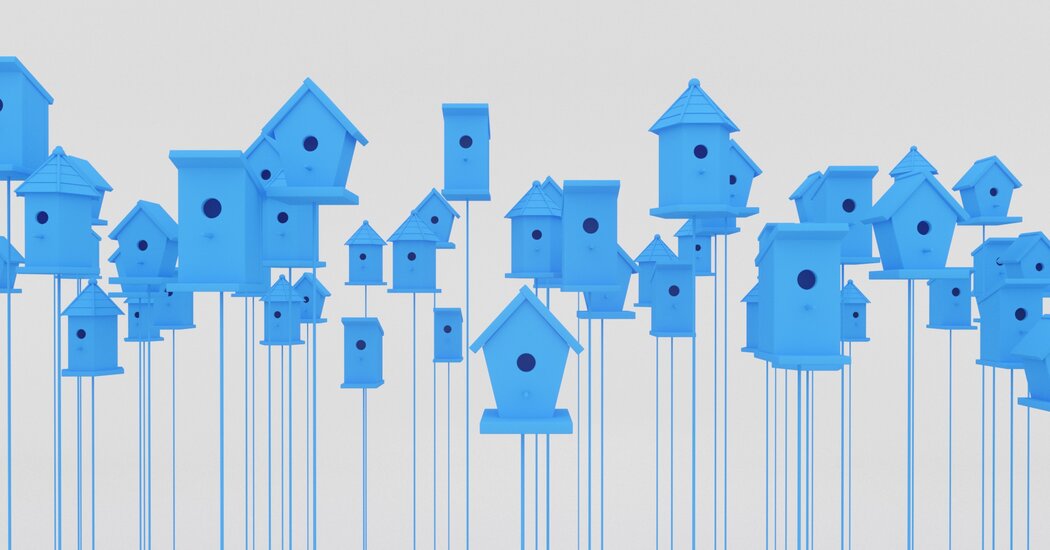 The Bluesky project would eventually allow for the creation of new curation algorithms, which would show different tweets at the top of users’ timelines than Twitter’s own algorithm. It would give users more choice about the kinds of content they saw, Mr. Dorsey said, and could allow Twitter to interoperate with other social media services.

Bluesky grabbed the attention of many technologists who were already working on decentralization. Soon small groups of them were meeting with Mr. Agrawal and Mr. Dorsey on Sundays to discuss the project, according to two participants who spoke on the condition of anonymity to discuss the private meetings, while others traded ideas in an online chat room.

Some Bluesky participants proposed a single app that piped in all their social media feeds. Others wanted custom algorithms that could, for instance, block them from seeing spoilers about their favorite TV show. And some were focused on making their online identities portable, so that an account could be moved between social media companies the way a phone number can be moved from AT&T to Verizon.

“One of the things that Bluesky would offer is curation and filtering experiences that are independent of those offered by the social media proprietorships,” said Tim Bray, an internet software pioneer and a former vice president at Amazon who participated in some of the discussions.

Jay Graber, a cryptocurrency developer, was selected in August to lead the Bluesky organization. And in February, Ms. Graber announced that the project had officially registered as a public benefit corporation and was building a prototype.

The project caught the attention of engineers at Reddit, who had preliminary discussions with Twitter engineers about how their sites might someday interoperate, two people familiar with the conversations said, but the companies have not formally agreed to any plans to work together.

Some skeptics believe Twitter is jumping on the web3 bandwagon, joining a trendy movement in tech to shift many services, including social media, to so-called blockchain technology. But executives say that Twitter is catering to what an overwhelming number of users want, while following the decentralization mandate laid out by Mr. Dorsey before he departed as C.E.O. in November.

AUSTIN, Texas--(BUSINESS WIRE)--As the first multifamily management company to be recognized in the Public Relations and Marketing Excellence Awards, … END_OF_DOCUMENT_TOKEN_TO_BE_REPLACED

There have been whispers of cooling housing and rental prices in the San Francisco Bay Area, but that hasn't yet translated into practical, noticeable … END_OF_DOCUMENT_TOKEN_TO_BE_REPLACED

Cars pass in Independence Square at twilight in Kyiv, Ukraine, Monday, Oct. 31, 2022. Rolling ... [+] blackouts are increasing across Ukraine as the … END_OF_DOCUMENT_TOKEN_TO_BE_REPLACED