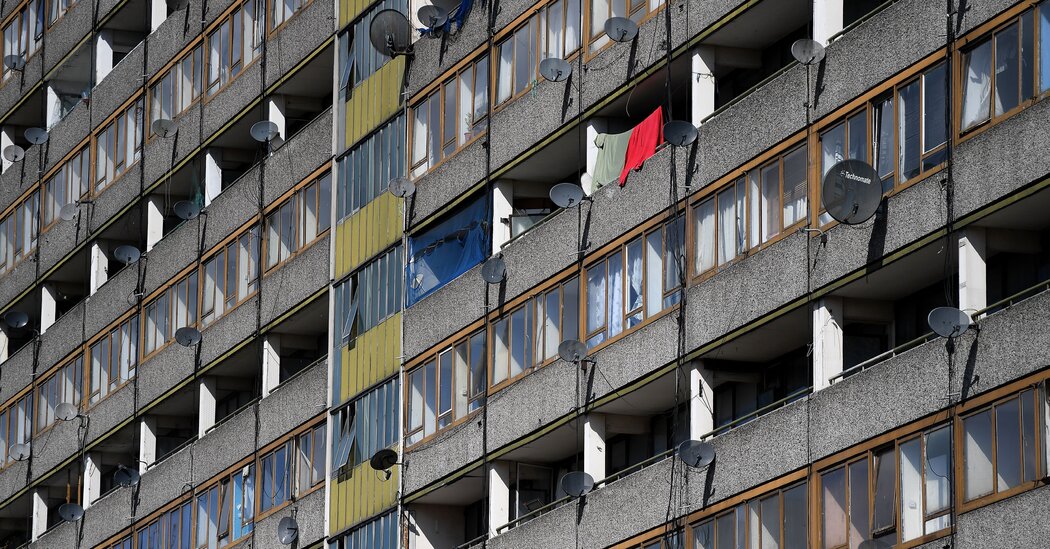 Energy prices paid by most British households are set to rise 80 percent this fall, putting further pressure on consumers squeezed by higher prices and posing a daunting challenge for the next prime minister.

A big jump in energy bills had been forecast for weeks, but the specific numbers released Friday morning by Britain’s energy regulator — a typical British household would pay 3,549 pounds (about $4,200) over a year for electricity and natural gas, from the current £1,971 — hit like a thunderclap in a country already reeling from double-digit inflation.

It is the latest economic blow to European consumers and businesses as the war in Ukraine stretches already tight markets for energy.

The news of the price increases came during a moment of deep political drift in Britain, with Prime Minister Boris Johnson preparing to leave office and his Conservative Party preoccupied by a contest to replace him. Mr. Johnson has left it for his successor to craft a response to the skyrocketing energy costs.

The front-runner to replace Mr. Johnson, Liz Truss, has promised targeted aid to help those hardest hit by higher bills, though she has steadfastly refused to detail her plans. She and her opponent, Rishi Sunak, both reject more sweeping measures, like using state subsidies to freeze the energy price cap for two years.

Consumer prices in Britain rose 10.1 percent last month from a year earlier, the fastest pace in 40 years, squeezing household budgets. The Bank of England has predicted that inflation would peak at 13 percent in October as the new energy prices turn up in household bills. Other estimates are higher; analysts at Citi have said the rate could reach as high as 18 percent next year.

“The pressure on stretched households will only intensify, and the calls for support will get ever louder,” wrote Martin Young, a utility analyst at Investec, a financial services firm, in a recent note to clients. Mr. Young expects another jump, to £4,210, in January.

The price hikes and how to deal with them have become a hot subject of political discourse in Britain and across Europe. While the British government has offered a package that includes £400 per household to help residents with soaring bills, a wide range of politicians, consumer advocates and energy executives now say that more forceful intervention is needed to cushion households from the surge in energy costs.

Recently, Britain’s opposition Labour Party said that it would freeze energy tariffs where they are now, paying part of the £29 billion cost by increasing the so-called windfall taxes that the Conservative government imposed earlier this year on oil and gas giants operating in the North Sea.

The main component in Ofgem’s calculations was a more than doubling of wholesale electricity and natural gas costs. These account for about 70 percent of the new price cap.

Coping with increases of such magnitude is beyond the scope of Ofgem, whose role is to protect consumers from profiteering by suppliers, Mr. Brearley said. “The truth is this is beyond the capacity of the industry and the regulator to address,” he added.

Looking to the race for the next prime minister, Mr. Brearley called on the winning candidate to intervene decisively in the energy markets.

“What I am clear about is the prime minister with his or her ministerial team will need to act urgently and decisively to address this,” he said. “The outlook for the winter without any action looks very difficult indeed.”

The leadership contest has been dominated by Ms. Truss’s promise to cut taxes, which is popular with the rank-and-file Conservative Party members who will vote for the next prime minister. But economists say it will do little to protect the most vulnerable people from the ravages of soaring energy bills.

With another hefty price increase looming in October, the public outcry over energy costs is likely to haunt the next prime minister. Unless the government develops an effective response, some analysts said, the issue could cripple the government and tilt the next election to the Labour Party.

“We have a sort of worst-of-both-worlds system,” said Jonathan Portes, a professor of a professor of economics and public policy at Kings College London. “Household prices are related to the spot market, and we sort of save up price increases and dump them on households all at once.”

Soon after Herschel Walker, the former football star, announced he would run for U.S. Senate in Georgia as a Republican, his son Christian appeared … END_OF_DOCUMENT_TOKEN_TO_BE_REPLACED

SpaceX launched four people to the International Space Station from Florida on Wednesday, as Elon Musk's company keeps up a steady pace of crewed … END_OF_DOCUMENT_TOKEN_TO_BE_REPLACED