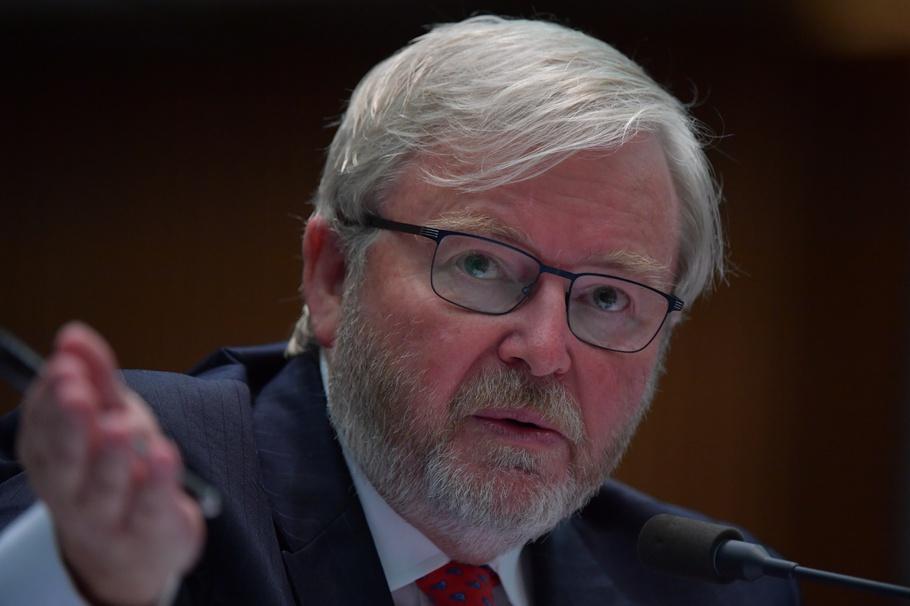 A joint effort by the U.S. and China to fight cancer could represent a latter-day equivalent of the exchange of table tennis players between the two countries that led to a historic thaw in bilateral relations in the 1970s, former Australia Prime Minister Kevin Rudd said at a global online healthcare summit organized by Forbes China on Saturday.

“Given all that’s going wrong in the U.S.-China relationship, we should turn cancer collaboration between China and the United States into the ping-ping diplomacy of the 21st century,” said Rudd, who is currently the CEO of the New York-headquartered Asia Society.  “If those guys could play ping-ping to bring the U.S.-China relationship in from the cold back in the early 1970s, then I think we can do something similar now if we put our mind to it.”

The 2021 Forbes China Healthcare Summit was held to discuss the theme of “Advance the Global Fight Against Cancer and Achieve a Moonshot in the Post-Pandemic Era.” The event was held in strategic partnership with Memorial Sloan Kettering Cancer Center. Forbes China is the Chinese-language edition of Forbes.

Though the COVID-19 pandemic this year has led to more than four million deaths globally in the past year and a half, cancer will likely kill far more people around the world this year– close to 10 million. Cancer patients are more vulnerable to contracting COVID-19 than others, and have more than double the COVID-19 death rate compared to COVID-19 patients without cancer.

Rudd was hopeful about collaboration between the two countries because the fight again cancer “cuts right across political and ideological divides into people’s lives.”

Speaking by video, Forbes Chairman and Editor-in-Chief Steve Forbes recalled that Joe Biden, then the U.S. vice president, advanced collaboration within the U.S. on a “moonshot” to fight cancer following the death of his son Beau Biden from brain cancer in 2015. “We hope now as president, Joe Biden will be able to advance discussion about cancer and promote international collaboration,” Forbes said.

The Mississippi River town of Ste. Genevieve, MO, might be the ideal spot for a buyer in search of a refreshing idea.This mixed-use structure on the … END_OF_DOCUMENT_TOKEN_TO_BE_REPLACED

More From ForbesJan 26, 2022,09:00am ESTCompany Named For Jetsons Son Unveils Autonomous Cargo EVTOL Drone Of The Near … END_OF_DOCUMENT_TOKEN_TO_BE_REPLACED

The prison in Hasaka where thousands of Islamic State fighters are held, in 2019.Credit...Ivor Prickett for The New York TimesThe prison at the center … END_OF_DOCUMENT_TOKEN_TO_BE_REPLACED