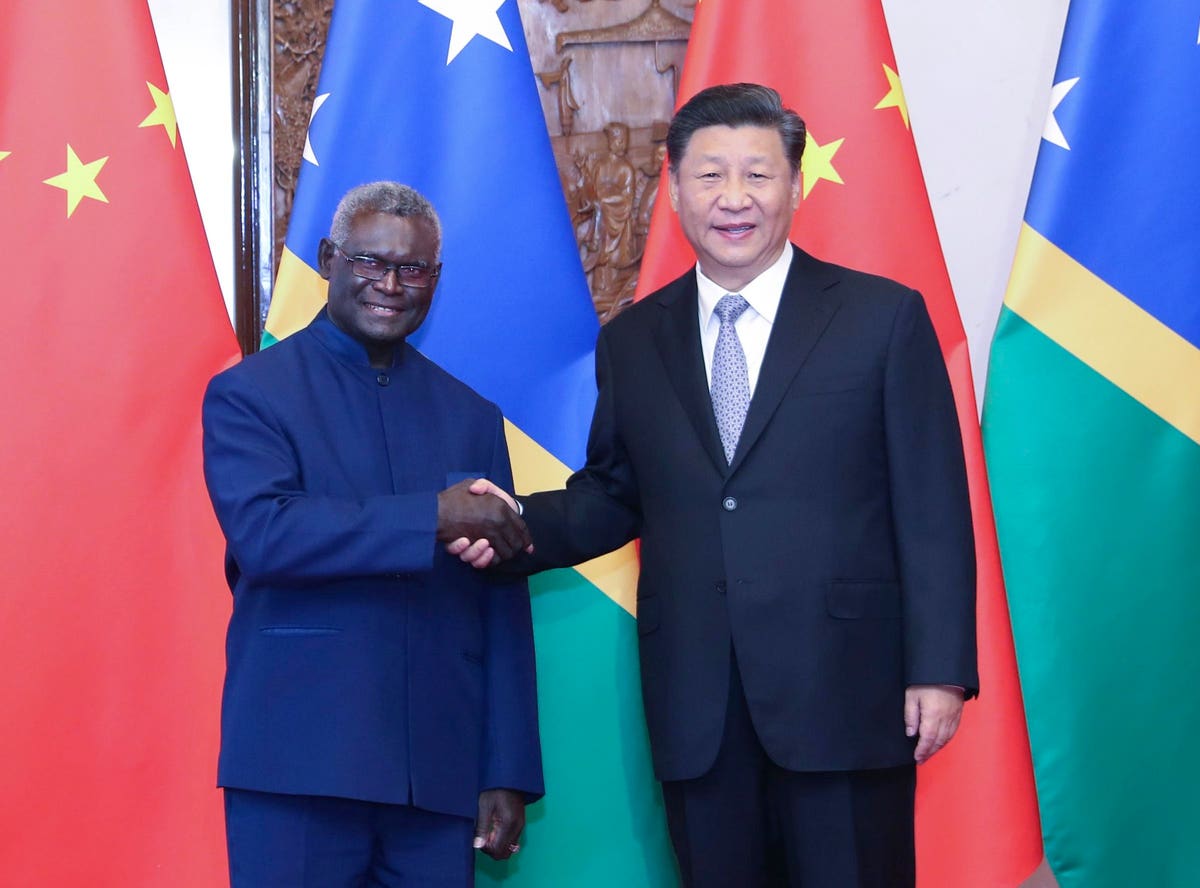 The U.S. and China are in a showdown over a legendary World War II battleground. The Solomon Islands were the site of the Guadalcanal campaign, a bloody and heroic U.S. victory, led by the U.S. Marine Corps, which gave the Allies clear supremacy in the Pacific. State Department officials are visiting the Solomon Islands this week in an attempt to best another Pacific foe: China. China announced yesterday that it signed an agreement with the Solomon Islands that would allow it to send law enforcement and security services there upon request. The U.S. and its allies fear that this will allow China to establish a naval base or foothold. Understanding how this pact came to be offers lessons for U.S. policy in the Pacific.

In September 2019, the Solomon Islands made what is known as “The Switch”: ending their 36-year diplomatic relationship with Taiwan and establishing ties with China. China aggressively seeks to convince the few countries that have relationships with Taiwan to back down. It bars lucrative Chinese investment and tourism—especially important for small Pacific islands—from countries that hold out. Taiwan accused China of bribing the notoriously corrupt Solomons. Members of the Solomons’ opposition party protested The Switch, as did residents of the island of Malatia. One of the largest and most populous of the Solomon Islands, Malatia’s long-standing tensions with the government in Honiara, which is on the island of Guadalcanal, erupted into armed conflict in 1998. In response to The Switch, the U.S. offered a $35 million aid package directly to Malatia—angering Honiara. At the end of 2021, Malatians traveled to Honiara to protest The Switch and Prime Minister Manasseh Sogavare’s subsequent spurning of Malatia. Police unleashed tear gas, and violence broke out, including ransacking of Chinese businesses, arson, and millions of dollars of destruction. Fearing the protests would bring down his government, Sogavare called in peacekeepers from Australia, New Zealand, Fiji, and Papua New Guinea to assist. Sogavare narrowly survived a no-confidence vote in December.

To solidify his power, Sogavare looked for additional reinforcements. China was happy to assist—and had already set the stage. Shortly after The Switch in 2019, Sogavare signed five memoranda of understanding with China for investment and infrastructure, including Belt and Road Initiative projects—gravely needed in a country with a low Human Development Index score. Chinese companies poured investments and influence into the archipelago of 690,000 people with a land mass the size of Maryland. China was surely eyeing the Solomons’ untapped mineral resources, as well as its deep water ports that would allow it to block adversary military activity. After violence engulfed the capital in 2021, China offered Sogavare a deal that would allow him to summon Chinese security forces to prop him up at any time. A draft of the secret agreement leaked on March 24 reveals vague language that can easily be exploited by Beijing to intervene in The Solomons’ democratic process and to achieve its own strategic goals, possibly including docking warships and establishing a military base. For example, it permits China to maintain civic order by deploying “police, armed police, military personnel and other law enforcement or armed forces.”

Washington, Canberra, and Wellington expressed grave concern over the deal and launched a flurry of diplomatic activity. Prime Minister Sogavare has vehemently rejected domestic and international calls to abandon the deal. He criticized those who “branded [Solomon Islands] unfit to manage [its] sovereign affairs.” Sogavare also claims that he will not allow China to establish a military base, and that Australia is still the Solomons’ “partner of choice.”

This saga in the Solomons offers wisdom for the future of U.S. relations in the Pacific. First, to improve its relationships with Pacific island states, the U.S. must not treat them like children. Sogavare is right that nations do not want to be viewed as incapable of managing their own affairs. The U.S. must ensure that its rhetoric, public and private, respects small island nations and their representative governments. It must approach as a friend who wants to help and cooperate on shared goals, without a sense of entitlement.

Relatedly, the U.S. must not be viewed as meddling in the internal politics of Pacific islands. Bypassing Honiara to offer aid to a subnational government that supports its Taiwan policy has understandably sullied the Solomons’ relationship with the U.S. Investing $35 million to interfere in a country’s internal affairs will not produce positive returns. The U.S. must seek alternate routes of influence.

Third, the U.S. must show that it takes its relationships in the Pacific seriously by establishing embassies. The U.S.’s light diplomatic footprint in the Pacific has allowed China to make inroads. Only in February did the U.S. announce that it would reopen its embassy in the Solomon Islands, which has been shuttered since 1993. The U.S. should also open embassies in Vanuatu, Kiribati, and Tonga, all of which have development and debt profiles that make them susceptible to Chinese economic coercion, much like the Solomons. China is interested in establishing a port in Vanuatu, and Kiribati de-recognized Taiwan in 2019. Currently, these and other small Pacific island countries are covered by the U.S. Embassies in Papua New Guinea and Fiji, a thousand or more miles away. The U.S. relies on Australia and New Zealand for many diplomatic, military, and intelligence efforts in the Pacific. But long-distance friendships are hard to maintain, and handshakes are too powerful to outsource. U.S. diplomats are missing opportunities to provide insights that can only occur through direct bilateral engagements, and actionable recommendations to Washington that reflect unfiltered American interests. To avoid a Solomon Islands-like situation, the U.S. needs more Pacific embassies, and the partnerships and economic relations they can facilitate.

Fourth, the U.S. should strengthen its formal relationships with Pacific nations. Renegotiations of the Compacts of Free Association with Palau, Micronesia, and the Marshall Islands are underway but delayed; their swift completion must be prioritized. The U.S. should commence discussions with other states regarding similar agreements to avoid China creating strategic and economic footholds.

The U.S. may have lost to China in tug-of-war over the Solomons. But the U.S. can win in the Pacific if it adds strong, committed, Pacific island partners to its team. Wisdom gained from the current saga in the Solomons should guide U.S. Pacific policy going forward.

The Seattle Seahawks are very much still in the running for Baker Mayfield. (Photo by Stacy ... [+] Revere/Getty Images) Getty Images The Seattle … END_OF_DOCUMENT_TOKEN_TO_BE_REPLACED

(CNN) — Kim Kyung-seop recalls going to cheap bars after class with his friends, where they binged on as much makgeolli as possible. "You know the … END_OF_DOCUMENT_TOKEN_TO_BE_REPLACED