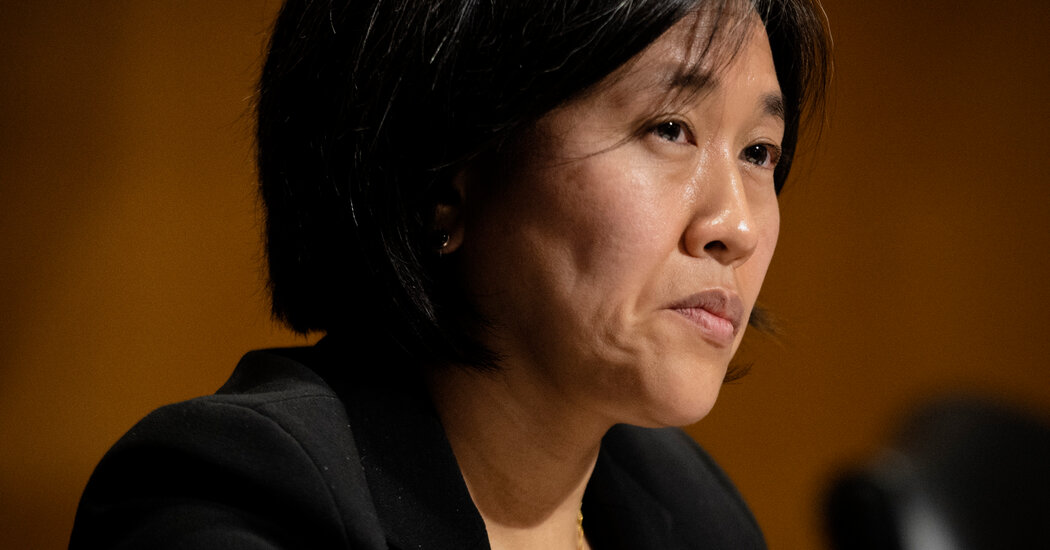 Katherine Tai, the United States trade representative, made a case on Thursday for using trade policies to fight climate change, devoting her first speech in her new position to addressing one of President Biden’s top priorities.

“For too long, the traditional trade community has resisted the view that trade policy is a legitimate tool in helping to solve the climate crisis,” Ms. Tai said at a virtual event held by the Center for American Progress.

“As we have so often seen with labor issues, there is a certain refuge in arguing that this is all a question of domestic policy and that we need not tackle the daunting task of building international consensus around new rules,” she said. “But that dated line of thinking only perpetuates the chasm that exists between the lived experiences and expectations of real people on the one hand and trade experts on the other.”

In her remarks, Ms. Tai spoke of the need to address illegal logging and overfishing, and she promised to enforce environmental rules in the United States-Mexico-Canada Agreement.

blocked a deal to import liquefied natural gas from the United States because of concerns around emissions of methane, a potent heat-trapping gas. Recent investigations have found that China’s production of cheap solar panels, a technology widely seen as crucial for cleaning up America’s electric grid, may be linked to forced-labor practices in China’s Xinjiang region.

This year, a dispute over intellectual property rights between two South Korean battery manufacturers threatened to disrupt plans to expand electric vehicle manufacturing in the United States. The two companies, LG Energy Solution and SK Innovation, finally reached a $1.8 billion settlement this month before the Biden administration had to decide whether to formally intervene.

In her speech, Ms. Tai called the settlement “a big win for American workers, the environment and our competitive future.”

AUSTIN, Texas--(BUSINESS WIRE)--As the first multifamily management company to be recognized in the Public Relations and Marketing Excellence Awards, … END_OF_DOCUMENT_TOKEN_TO_BE_REPLACED

There have been whispers of cooling housing and rental prices in the San Francisco Bay Area, but that hasn't yet translated into practical, noticeable … END_OF_DOCUMENT_TOKEN_TO_BE_REPLACED

Cars pass in Independence Square at twilight in Kyiv, Ukraine, Monday, Oct. 31, 2022. Rolling ... [+] blackouts are increasing across Ukraine as the … END_OF_DOCUMENT_TOKEN_TO_BE_REPLACED