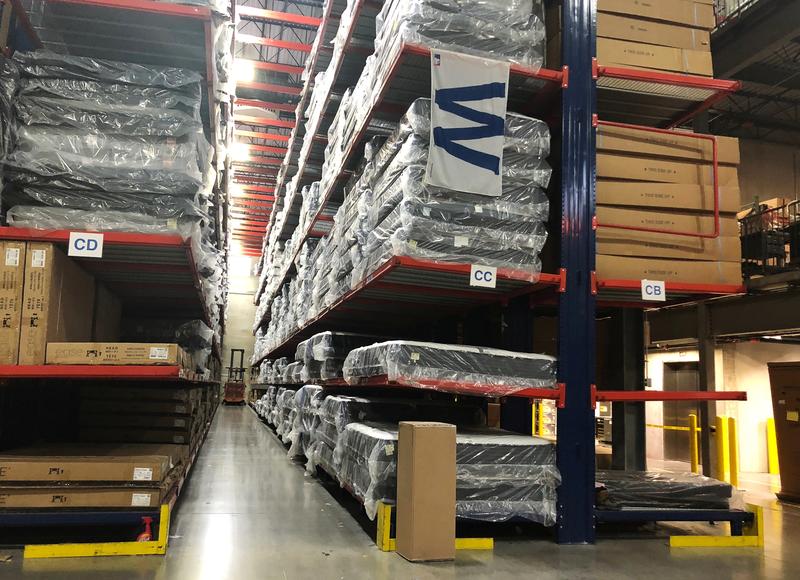 WASHINGTON (Reuters) – U.S. wholesale inventories increased solidly in January even as sales surged and it is taking wholesalers the shortest time in six years to clear shelves, a sign of strengthening demand that aligns with expectations for faster economic growth this year.

Inventories rose 0.6% in January from a year earlier. Sales at wholesalers jumped 4.9% after advancing 1.9% in December. At January’s sales pace it would take wholesalers 1.24 months to clear shelves. That was the shortest since November 2014 and was down from 1.29 months in December.

Domestic demand is picking up after hitting a pothole late in the fourth quarter, driven by declining COVID-19 infections and nearly $900 billion in additional pandemic relief from the government. Consumer spending rebounded sharply in January after slumping in November and December.

“Pent-up demand, particularly coming from middle- and high-income households who have been aggressively saving throughout the crisis, is set to drive consumption spending throughout the year as the health crisis begins to abate,” said Matt Colyar, an economist at Moody’s Analytics in West Chester, Pennsylvania.

Spending is likely to accelerate further if Congress, as expected, approves President Joe Biden’s $1.9 trillion coronavirus relief plan. The bill, which was passed by the Senate on Saturday, will send onetime $1,400 checks to many low- and middle-income Americans as well as extend government-funded unemployment benefits for millions of people.

Economists estimate the economy could grow this year by as much as 7%, fueled by the massive fiscal stimulus and rollout of vaccines that are expected to get the pandemic under control. That would be the fastest growth since 1984 and would follow a 3.5% contraction last year, the worst performance in 74 years.

Businesses are replenishing inventories after they were drawn down early in the pandemic, helping to underpin manufacturing. But a big chunk of the inventory build is coming from imports, which could keep the trade deficit elevated.

The government reported last week that imports of goods raced to a record high in January. Wholesale stocks of motor vehicles and parts rebounded 1.2% in January. There were also increases in stocks of professional and computer equipment, as well as petroleum. Machinery inventory, however, fell.

The Myanmar military’s bloody crackdown on the nationwide resistance to its rule showed no sign of easing on Sunday, with a human rights group … END_OF_DOCUMENT_TOKEN_TO_BE_REPLACED

Secretary of State Antony J. Blinken on Sunday criticized the Chinese government for a lack of transparency during the pandemic, particularly during … END_OF_DOCUMENT_TOKEN_TO_BE_REPLACED

DAVOREN PARK, Australia — No one really knows when backyard sheds became meaningful to men, as a retreat and a place to tinker. But in the late 1990s, … END_OF_DOCUMENT_TOKEN_TO_BE_REPLACED