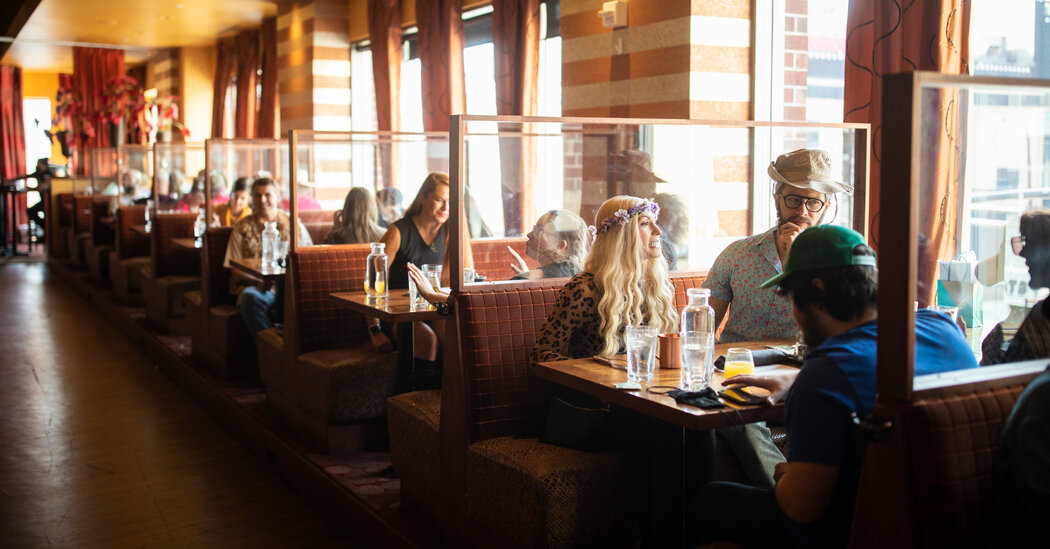 The second year of the coronavirus pandemic is starting with rising hopes for the economic outlook — and a long way to go.

Positive signs are emerging as restrictions on businesses lift and the pace of vaccine distributions ramps up. But millions remain unemployed, and many economists are cautioning that a return to pre-pandemic conditions could take months, if not years.

That reality became all the more evident on Thursday, when the Labor Department reported that a total of 709,000 workers filed first-time claims for state unemployment benefits in the week that ended March 6. Though the figure was 47,000 lower than the week before — and touching the lowest levels of the last year — it was still extraordinarily high by historical standards.

“The story week in and week out is that magnitude steals the show,” said AnnElizabeth Konkel, an economist at the career site Indeed. The report “really paints the picture of long-term joblessness,” she said, adding, “That is the reality for millions of Americans and is going to be a hurdle for the recovery to clear.”

final approval to President Biden’s $1.9 trillion relief package, which will inject the economy with a fresh surge of federal aid. The legislation, signed by Mr. Biden on Thursday, includes an extension of federal jobless benefits, which could provide a stopgap measure of relief for those still out of work as the labor market begins to heal in earnest after months of uneven improvement.

employers added 379,000 jobs in February, an unexpectedly robust number that reinforced confidence in the strength of the economic recovery roughly one year into the pandemic-induced downturn. The gains came largely in the hard-hit leisure and hospitality industries.

“The pieces are falling into place for a more substantial improvement in the labor market,” said Sarah House, a senior economist at Wells Fargo.

As vaccination rates climb, the weather warms up and additional government help arrives, many economists foresee a more positive trajectory.

“We’re seeing a huge pickup in hiring,” said Julia Pollak, a labor economist with the employment site ZipRecruiter. “I think for many employers, it’s becoming real, and for many job seekers it is as well.”

Phil Shell loves the Bay Area and its real estate market. He’s been building his career here as an agent over the past eight years, but even he hasn’t … END_OF_DOCUMENT_TOKEN_TO_BE_REPLACED

DS4 Cross DS The Plug-in hybrid seems the perfect answer to the electric car dilemma; battery power for all your local needs and a traditional motor … END_OF_DOCUMENT_TOKEN_TO_BE_REPLACED