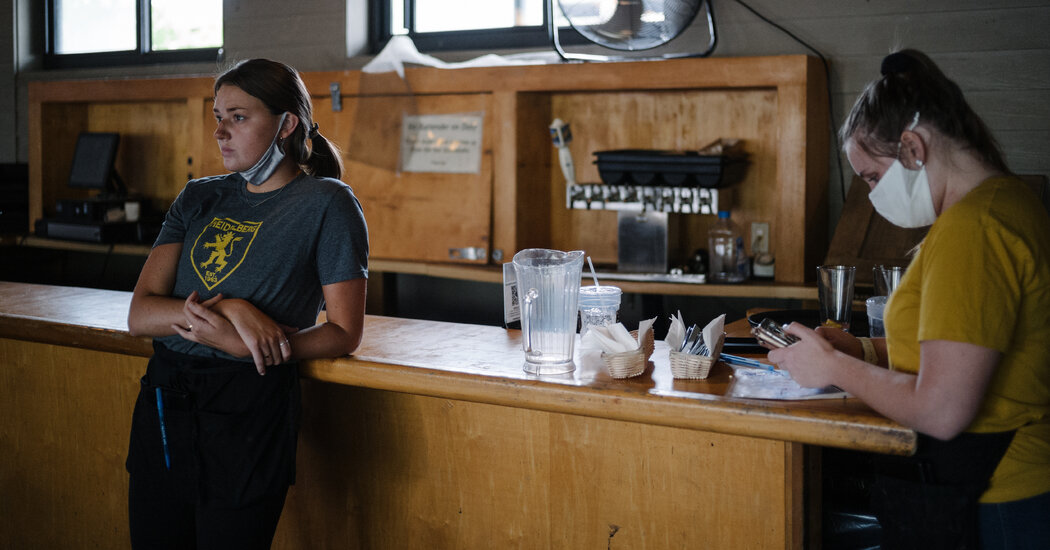 The latest update on the labor market is scheduled to arrive Thursday morning when the government releases its weekly report on jobless claims.

Analysts surveyed by Bloomberg expect that the number of new claims filed will fall slightly from the previous week.

Last week, the Labor Department reported that 505,000 workers filed first-time claims for state benefits in the week that ended May 1. An additional 101,000 new claims were filed for Pandemic Unemployment Assistance, a federal program covering freelancers, part-timers and others who do not routinely qualify for state benefits. Neither figure is seasonally adjusted.

The labor market is struggling to return to normal after more than a year of being whipsawed by the pandemic. Restrictions are lifting, businesses are reopening and job listings are on the upswing. Hiring increased in April but at a slower pace than anticipated.

complained of having trouble finding workers. The U.S. Chamber of Commerce and several Republican governors have asserted that a temporary $300-a-week federal unemployment supplement has made workers reluctant to return to the job.

The U.S. Labor Department said that as of Wednesday, six states — Iowa, Mississippi, Missouri, Montana, North Dakota and South Carolina — had notified the department that they were terminating federal pandemic-related unemployment benefits next month.

The unemployment rates in those states in March, the latest month for which data is available, ranged from 3.7 percent in Iowa to 6.3 percent in Mississippi.

A handful of other states with Republican governors, including Tennessee, Arkansas, Alabama, Wyoming and Idaho, have said they also planned to withdraw from the federal program.

38,000 new cases being reported each day and 600 Covid-related deaths. Less than half the population is fully vaccinated.

There is halting progress from employers as well, as businesses continually update their assessment of costs and customer demand. They are wary of locking themselves in to hiring more workers or raising pay when there is so much uncertainty swirling.

Nationwide, the unemployment rate was 6.1 percent, and there are 8.2 million fewer jobs than in February 2020.

The Seattle Seahawks are very much still in the running for Baker Mayfield. (Photo by Stacy ... [+] Revere/Getty Images) Getty Images The Seattle … END_OF_DOCUMENT_TOKEN_TO_BE_REPLACED

(CNN) — Kim Kyung-seop recalls going to cheap bars after class with his friends, where they binged on as much makgeolli as possible. "You know the … END_OF_DOCUMENT_TOKEN_TO_BE_REPLACED