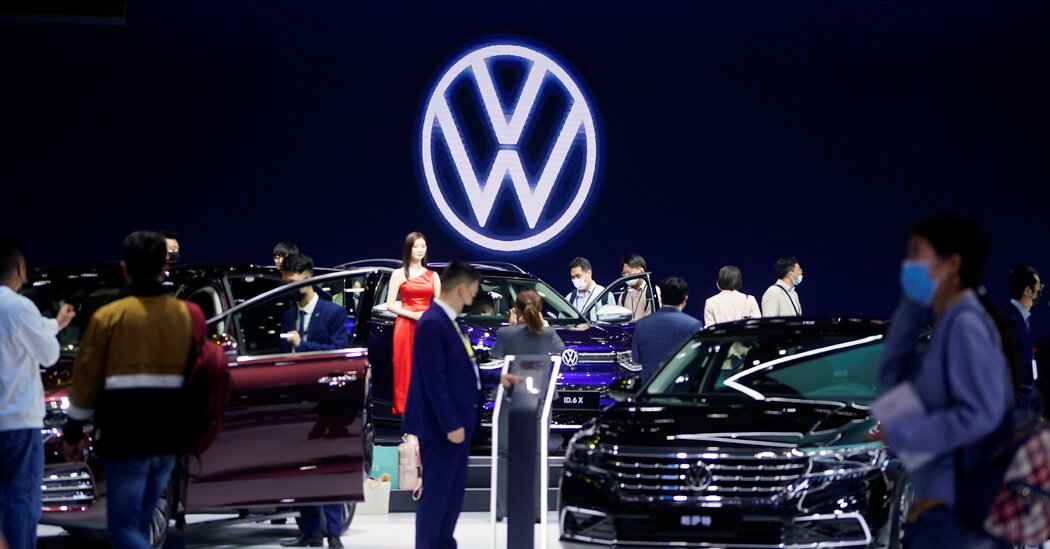 A spike in sales to Chinese customers helped Volkswagen rebound strongly from the disruption caused by the pandemic, the carmaker said Thursday, underlining China’s importance to the German economy.

Sales in the first three months of 2021 rose 13 percent compared to a year earlier, to 62.4 billion euros, or $75 billion, while profit rose nearly sevenfold to 3.4 billion euros, the company said. Vehicle sales in China, which is Volkswagen’s largest market, rose more than 60 percent.

The recovery in sales bodes well for the German economy. Vehicles are the country’s biggest export product. But Volkswagen also illustrates Germany’s dependence on China when tensions between Beijing and the European Union are rising because of the Chinese government’s treatment of minority groups and its crackdown on dissent in Hong Kong.

As is typical for Volkswagen, the company’s Audi and Porsche divisions generated most of the profit. The luxury vehicles have a higher profit margin than the more affordable cars that account for most of Volkswagen’s volume.

shortage of semiconductors that has afflicted all carmakers in recent months, but warned that the chip famine could become more acute in months to come.

Volkswagen sold 60,000 battery-powered vehicles out of a total of 2.4 million during the quarter. That may be a disappointment to the company, which has staked its future on a new line of electric cars, the first of which went on sale late in 2020.

America is absorbing the shock of another bloody mass shooting, a day after an 18-year-old man wearing body armour and carrying assault rifles entered … END_OF_DOCUMENT_TOKEN_TO_BE_REPLACED

Once home to baseball Hall of Famer Ty Cobb, this estate rests on the eastern shores of Lake Tahoe. Now, 1472 Flowers Ave. is on the market asking … END_OF_DOCUMENT_TOKEN_TO_BE_REPLACED