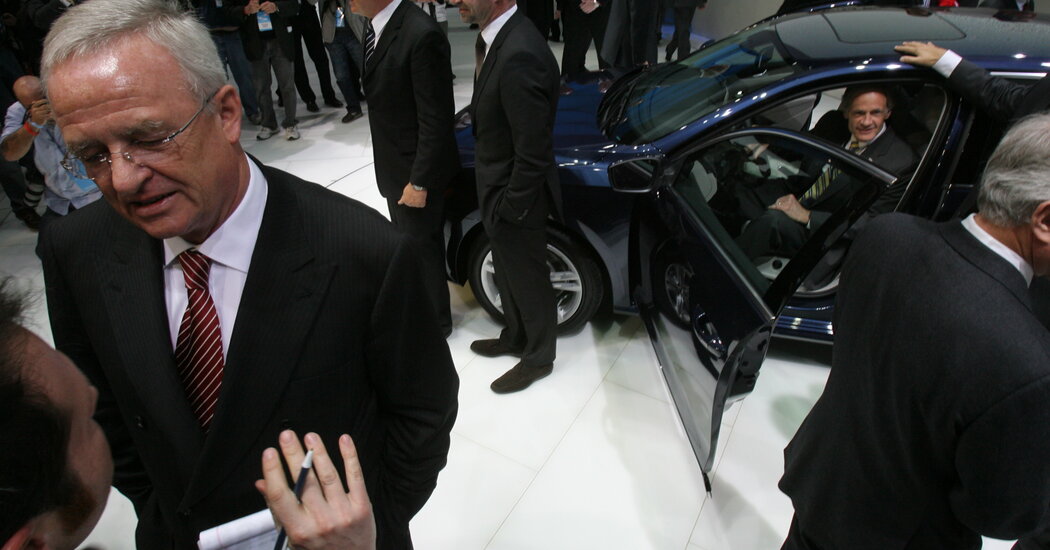 Volkswagen said on Friday that it would seek financial compensation from its former chief executive and the former head of the Audi division, accusing them of failing to act after learning that diesel vehicles sold in the United States were fitted with illegal emissions-cheating software.

The decision by the German carmaker’s supervisory board marks a turnabout. Volkswagen had been reluctant to publicly accuse former top managers of complicity in the emissions fraud, which has cost Volkswagen tens of billions of euros in fines, settlements and legal fees.

At the same time, the supervisory board said it found “no breaches of duty” by other executives who were members of Volkswagen’s management board in September 2015, when the scandal came to light.

That group includes Herbert Diess, now the chief executive of Volkswagen, who had joined the company two months earlier from BMW. Hans Dieter Pötsch, now chairman of the supervisory board, was chief financial officer and a member of the Volkswagen management board at the time, a position he had held for more than a decade.

Martin Winterkorn, the former chief executive, failed “to comprehensively and promptly clarify the circumstances behind the use of unlawful software functions” after learning about the misconduct in July 2015.

Mr. Winterkorn, who resigned shortly after the emissions fraud became public, also failed to ensure that questions by U.S. authorities “were answered truthfully, completely and without delay,” the supervisory board said. Shareholders suffered damages as a result, the board said, although it did not say how much money the company will try to recover.

Mr. Winterkorn’s lawyers said in a statement Friday that he denied the accusations and had done everything possible “to avoid or minimize damage” to Volkswagen.

The Volkswagen board said it also concluded that Rupert Stadler, former chief executive of the Audi luxury car division, was negligent because he failed to investigate the use of illegal software in diesel vehicles sold in the European Union.

Mr. Winterkorn and Mr. Stadler face criminal charges in Germany that revolve around the same circumstances. Mr. Winterkorn’s trial was scheduled to begin in April, but judges in the case postponed it this week until September, citing the pandemic.

Mr. Stadler has been on trial in Munich since last year on charges that, even after the wrongdoing came to light, he allowed Audi to continue selling cars that were programmed to recognize when an official emissions test was underway and dial up emissions controls to make the car appear compliant. The cars were not capable of consistently meeting pollution standards.

Mr. Stadler’s lawyer did not immediately respond to a request for comment. In the past, Mr. Stadler has denied wrongdoing.

DALLAS — The rollback of abortion rights has been received by many American women with a sense of shock and fear, and warnings about an ominous … END_OF_DOCUMENT_TOKEN_TO_BE_REPLACED

The poshest place in California's Coachella Valley is The Madison Club. This exclusive gated community in La Quinta is where A-listers and tycoons … END_OF_DOCUMENT_TOKEN_TO_BE_REPLACED