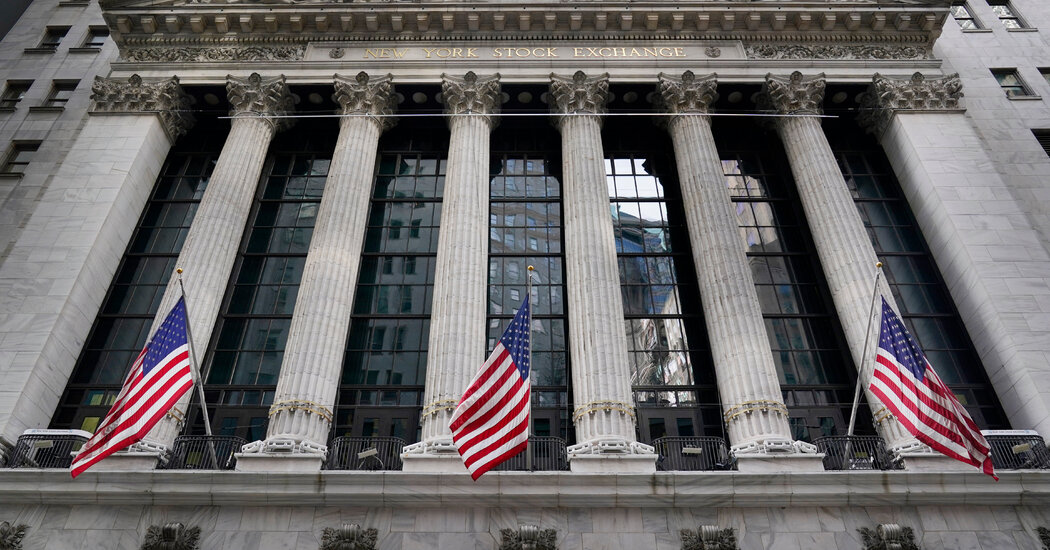 Tesla was one of the worst-performing stocks in the market on Wednesday, tumbling more than 4 percent. The company had once positioned itself as a prominent supporter of cryptocurrencies, and in March, it announced that it would accept Bitcoin in exchange for cars, helping to set off a surge in the asset.

The hard drive maker Seagate Technology — which has a stake in cryptocurrency company Ripple, the creator of the XRP currency — tumbled more than 2 percent. Shares of Seagate and Western Digital, another maker of hard drives, had been on a tear in recent days, as analysts spotlighted surging demand for its computer products, in part, from cryptocurrency miners. Western Digital was down nearly 3 percent.

Bitcoin wasn’t the only element moving the markets. Crude oil tumbled roughly 4 percent, on lingering concerns that the still-spreading coronavirus in India, as well as Thailand, Vietnam and Taiwan, could prompt new restrictions that could curtail economic activity.

The Stoxx Europe 600 index was 1.5 percent lower, while the FTSE 100 in Britain was down 1.3 percent. Stock markets in Asia ended the day mainly lower, with the Nikkei in Japan down by 1.3 percent.

Volatility in the stock markets lately has been driven by sentiment about inflation. Investors are nervous that a jump in prices —  coming as global economies reopen and as the government continues to pump stimulus funds to spur growth — could push the Federal Reserve and other central banks to raise interest rates or take other measures to cool growth. That would be bad news for riskier investments like stocks.

The Fed and other central banks have said they see the recent increases as transitory caused partly by supply chain issues as economies revive from lockdowns, and that they have no plans to remove emergency support for the economy.

Federal Reserve policymakers will release the minutes from their April meeting on Wednesday.

It’s a property that offers a unique open floor plan—plus a hot tub with a view.“It was a Methodist church located in a historic little area of St. … END_OF_DOCUMENT_TOKEN_TO_BE_REPLACED