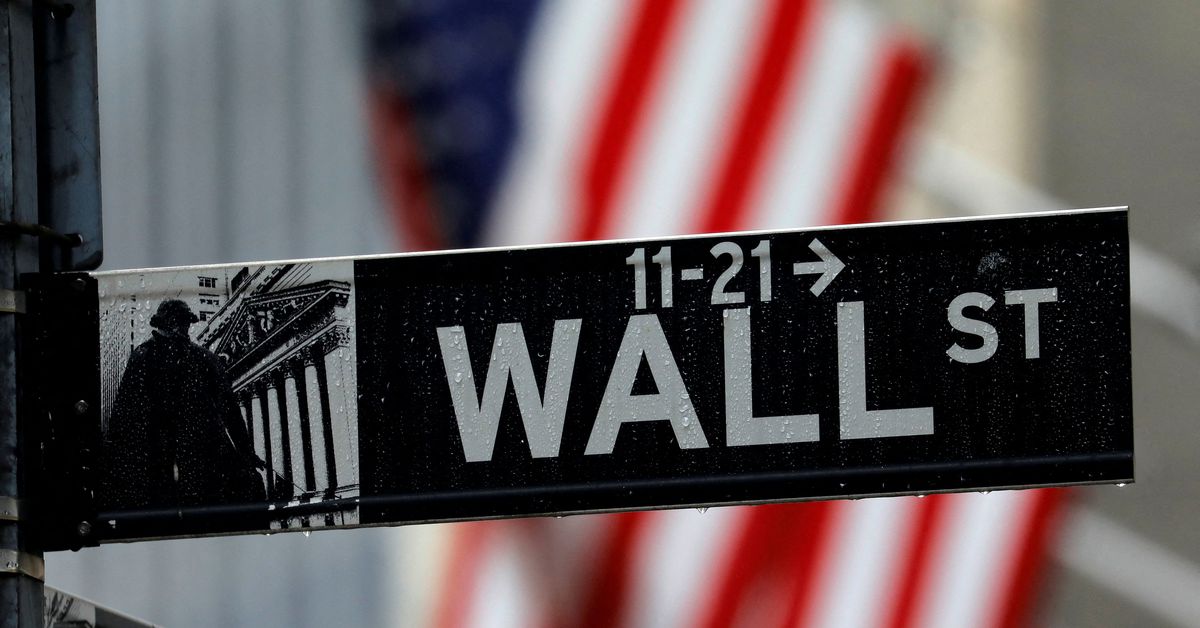 NEW YORK, Feb 27 (Reuters) – U.S. stocks drew buyers after a recent tumble, but some investors believe buying the dip this time may be a far riskier bet than in the past as markets face geopolitical strife and a hawkish Federal Reserve.

The benchmark S&P 500 surged more than 6% from Thursday’s lows to close higher on the week, after investors swooped in following sharp declines on the heels of Russia’s invasion of Ukraine. read more

Investors were preparing for more gyrations in asset prices after Western nations announced a harsh set of sanctions to punish Russia for its invasion of Ukraine, including blocking some banks from the SWIFT international payments system. [ read more

On the surface, last week’s rebound resembled past bounces the index has experienced in its more than 200% run over the past decade, when “buying the dip” proved a winning strategy.

Yet while bargain hunters over the last two years could count on the Fed’s historically loose monetary policy to offer stocks support, today they face heightened geopolitical uncertainty and a central bank that is expected to pull out the stops in its fight against inflation – starting with a widely anticipated rate increase in March.

“Investors were trained to buy the dip because they had the backing of the Fed. But now you could make a case that this is one of the most significant geopolitical events for the last decade, and you don’t have the Fed in your corner,” said Burns McKinney, a senior portfolio manager at NFJ Investment Group.

The S&P is down 8% year-to-date and confirmed it was in a correction by falling more than 10% from its record high earlier this week – its biggest decline since stocks lost nearly a third of their value in the COVID-19 selloff of March 2020 before doubling from their lows.

Many expect geopolitical tensions to continue plaguing markets, as the implications from the war in Ukraine become clearer.

Kyle Bass, founder and chief investment officer of hedge fund Hayman Capital Management, believes investors still have not factored in all of the possible outcomes that could result from Russia’s invasion of Ukraine, including a prolonged conflict that weighs on global growth and sends inflation higher by pushing up commodity prices.

“This is going to get worse before it gets better,” he told Reuters in a recent interview. “Asset managers don’t have these outcomes in their realm of possibilities.”

Measures to cut off some Russian banks off from SWIFT and place restrictions on the Russian central bank’s international reserves may fuel more market swings, including a renewed rush to safe haven assets such as gold and Treasuries, investors said. read more

“We saw an equity rally and risk assets rally recently on the basis that the West was not going to impose very severe sanctions, but that is certainly going to change,” said Peter Kinsella, global head of FX strategy at UBP. “The fact that it looks like this is going to be a more drawn out and protracted conflict is not a particularly good environment for risky assets.”

Bass said investors should own assets that can hold value during inflationary times, such as commodities and real estate.

McKinney is buying dividend-paying stocks that he expects to withstand future volatility in the market and moving some money into defense companies.

In addition to the fast-moving situation in Ukraine, investors next week will be watching Friday’s non-farm payrolls data for February – the last such employment report the Fed will see before its monetary policy meeting in March.

Anticipation of Fed tightening has weighed on markets in recent weeks, as investors price in around 165 points of interest rate increases by next February. Fed Chairman Jerome Powell said he expected to raise interest rates in March for the first time since 2018. FEDWATCH

Though Ukraine remains in flux, those in favor of buying on weakness argue that stock declines from past geopolitical events have been short-lived. LPL Financial’s study of 37 major geopolitical events since World War Two found that stocks were up an average of 11% one year later, provided a recession does not occur.

Retail investors have been among the dip buyers, purchasing a net $1.5 billion on Thursday, data from Vanda Research showed. read more

BlackRock (BLK.N)last week added to its strategic overweight in equities, saying investors may be overestimating how hawkish central banks will need to be in their battle against inflation. JPMorgan’s (JPM.N) analysts, meanwhile, argued that “initial volatility around rate liftoff didn’t last and equities made new all-time highs 2-4 quarters out.”

Others, however, are taking a more dour view, as the markets price in Fed tightening in the face of soaring inflation.

Charles Lemonides, portfolio manager of hedge fund ValueWorks LLC has been increasing his bets against some stocks, including semiconductor maker Broadcom Inc (AVGO.O) and plant-based meat company Beyond Meat Inc , skeptical that markets will be able to sustain a rally in the face of a hawkish Fed.

“The reality is that the market has had a huge run and inevitably you give back some of those gains,” he said.

AUSTIN, Texas--(BUSINESS WIRE)--As the first multifamily management company to be recognized in the Public Relations and Marketing Excellence Awards, … END_OF_DOCUMENT_TOKEN_TO_BE_REPLACED

There have been whispers of cooling housing and rental prices in the San Francisco Bay Area, but that hasn't yet translated into practical, noticeable … END_OF_DOCUMENT_TOKEN_TO_BE_REPLACED

Cars pass in Independence Square at twilight in Kyiv, Ukraine, Monday, Oct. 31, 2022. Rolling ... [+] blackouts are increasing across Ukraine as the … END_OF_DOCUMENT_TOKEN_TO_BE_REPLACED