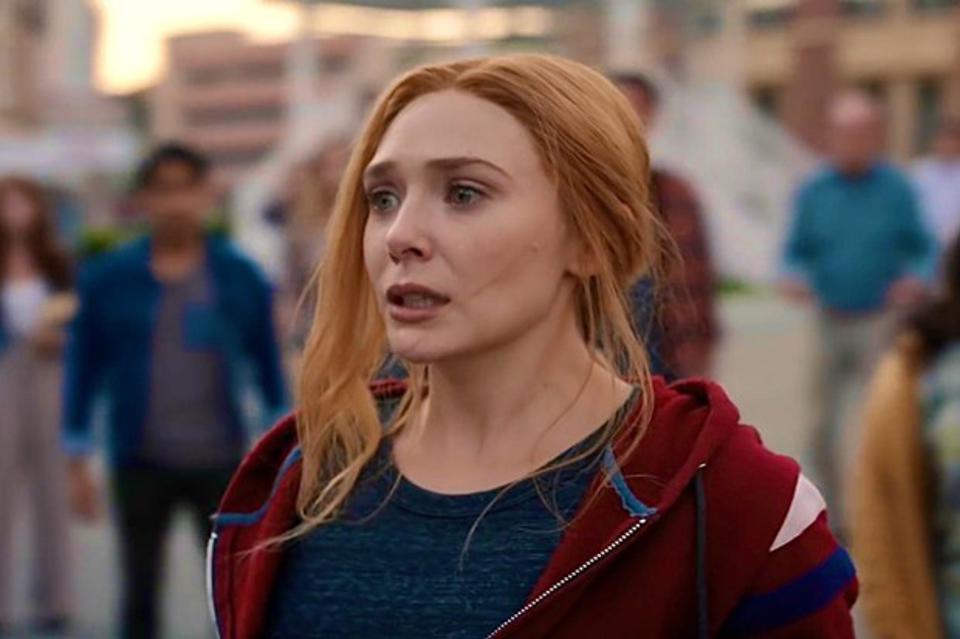 I am taking zero chances with my WandaVision finale thoughts this week, as previously saying that there’s a twist, or not a twist, or something big happens, or doesn’t happen, or the episode is good or bad or medium can all be taken as a spoiler, according to many. So here we are, you get nothing.

WandaVision wrapped up its first and possibly only season today with a finale that was satisfying based on what had been developed previously, although absent of the kind of wild cameos and universe-altering surprises that many fans had been expecting, perhaps unreasonably.

Here’s a list of things that did not happen this episode:

In short, we had a mostly traditional set of Marvel superhero battles. Wanda fights Agatha, ultimately consuming her power and becoming the Scarlet Witch, one of the most powerful beings in the universe, unlocking her true potential and an awesome costume. The series ends with a post-credits scene of her reading the Darkhold, presumably increasing her talents and abilities exponentially.

Vision faced off against White Vision, the promised Paul Bettany teased cameo being…himself, which I find hilarious in hindsight. I found this a touch confusing, because Wanda’s Vision “unlocked’ all the White Vision’s memories, restoring him to his true form. Wanda’s Vision disappears with the rest of the magic town, but now out there somewhere is White Vision with all old Vision’s memories, so I’m not quite clear on why he isn’t seeking out Wanda. And I guess he’s running on Wanda magic, not the Mindstone? Again, I found this all a bit hard to parse out.

Wanda’s children are gone, dissolved with the magic, and yet the last thing we hear in the series is them calling to her for help. Billy and Tommy, Wiccan and Speed, become actual, tangible heroes in the comics, so it stands to reason Wanda will work to bring them back somehow, and perhaps that’s where Mephisto comes in…someday.

The supporting cast got a little bit of the boot this week, with the most screen time probably going to Jimmy. Darcy drove a truck into the main villain in a five second cameo. Monica had a few scenes and bested fake Quicksilver, but her post-credits scene appeared to be a set-up for a role in Captain Marvel 2, likely a few years away at this point.

This felt like kind of the only way the finale could have gone, which made it a bit of an anticlimax, I suppose, but it felt like the “correct” end for Wanda’s grief journey here. The scene of Vision and children being wiped away was rather haunting, and I’m honestly not sure if she’s in a better or worse place now, with unlimited power and studying the Darkhold in total isolation. That seems…less than safe.

We will likely not hear from Wanda (or Vision) again until Doctor Strange 2. They have not ruled out a second season of WandaVision, but clearly it would have to change dramatically in format and be done with the whole sitcom concept.

All in all, I think this was a great series with powerful performances from Elizabeth Olsen, Paul Bettany and Kathryn Hahn. It’s a real departure from everything Marvel has done before, except for perhaps, this final episode full of aerial CGI superhero fights. But a solid ending all the same.

The PCR technology, which requires cycles of extreme heating and cooling, can multiply small segments of DNA millions or even billions of times in a … END_OF_DOCUMENT_TOKEN_TO_BE_REPLACED