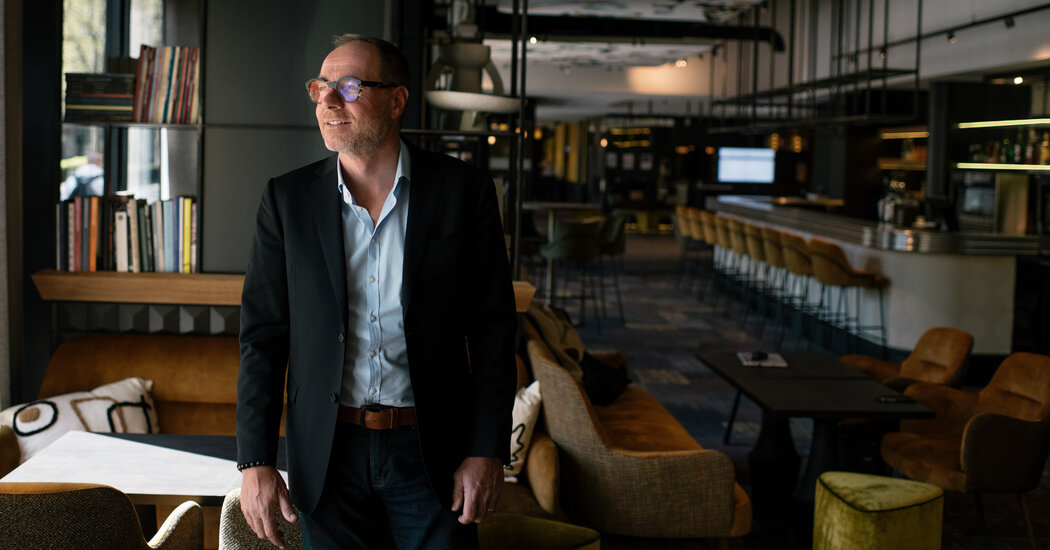 PARIS — For six months, Christophe Thiriet has been waiting for France’s grinding national lockdowns to be lifted so he can reopen his company’s restaurants and hotels in a picturesque corner of eastern France and recall the 150 employees who were furloughed months ago.

But when he asked them to return for a reopening in mid-May, he faced an unexpected headache: At least 30 said they wouldn’t be coming back, leaving him scrambling to hire new workers just as he needed to swing into action.

“When you close things for so long, people think twice about whether they want to stay,” said Mr. Thiriet, a co-manager of the Heintz Group, which owns 11 hotels and three restaurants around the riverside city of Metz, near the border with Luxembourg.

Restaurants and hotels across the country are facing the same problem. After months on furlough, workers in droves are deciding not to return to jobs in the hospitality industry. It’s a particular concern in France, which typically tops the list of the world’s most visited countries.

“We know we’re going to have customers again this summer — that’s not the problem,” said Yann France, the owner of La Flambée, a restaurant in the popular northern seaside city of Deauville. “The concern is that we won’t have an adequate work force at a time when we need to make up for a huge loss in sales.”

NT Hotel Gallery group, which owns five hotels and three restaurants around Toulouse. “Will things stay open, or could there be another shutdown because of a new virus?”

For those already facing signs of a labor squeeze, it’s now clear that a generous state-subsidized furlough scheme intended to help French employers keep staff on standby has also created unexpected downsides. In the half year in which hospitality employees received 85 percent of their salaries to stay home, many have had ample time to re-evaluate their futures.

“Many people are deciding they have other things to do than continue in a profession where nothing has been happening,” said Mr. Thiriet, who is also a representative of France’s biggest hospitality trade organization, UMIH, the Union of Hospitality Trades and Industries. He added that thousands of other employers in the organization have reported the same recruiting difficulties.

Catherine Praturlon is among those who decided to shift gears completely during the pandemic. A manager of a hotel in the Moselle region of eastern France for nearly 30 years, she had thought of doing something different but never made the leap.

When the government shuttered hotels on and off for months, and travelers slowed to a trickle, the job became boring, she said. “You had no perspective on the future,” Mrs. Praturlon said.

Instead of returning from furlough, she recently quit her job and took one in a different industry. (She said a confidentiality agreement prevented her from naming the field.) “The pandemic lit a fire under me to make that change,” she said.

announced this past week by President Emmanuel Macron.

imminent lifting of a yearlong ban on all but the most essential travel from the United States to the European Union, just in time for summer vacation, will draw back free-spending Americans after a long absence.

Breakfast in America, a popular pancake restaurant in Paris, said the furlough schemes, while essential to the restaurant’s survival, had paradoxically put some of his higher-paid workers at a disadvantage.

While waitstaff earning France’s monthly minimum wage of €1,539 get their full pretax salary under the furlough program, cooks and managers, who earn more, took about a 15 percent pay cut to stay home until the pancake house reopens.

At Mr. Thiriet’s restaurants and hotels in Metz, the 30 unexpected job vacancies are not yet debilitating, since restaurant reopenings will come in stages and tourism and bookings at hotels are not likely to return to prepandemic levels quickly.

Still, he said, it’s a challenge to replace employees with years and even decades of experience who decided during the pandemic that the work was no longer what they wanted.

“At first people said this is nice, one or two months relaxing at home,” Mr. Thiriet said. “Now, there’s a lack of long-term visibility about this industry, and some people are not so sure they want to be in it.”

He is working with other hotel and restaurant owners in the area to create retraining programs, in hopes of luring new candidates.

Mr. France said he and local restaurant and hotel owners were also working with unemployment offices in hopes of securing applicants in need of seasonal work to be ready for the anticipated crowds.

“We’ll try to limit the damage that’s been done to our business,” Mr. France added.

“But if we don’t have workers, it will be really hard.”

If you’ve ever dreamed of a quiet life on a boat in Alaska, this new waterfront listing can help you realize that vision.Of course, there's always … END_OF_DOCUMENT_TOKEN_TO_BE_REPLACED