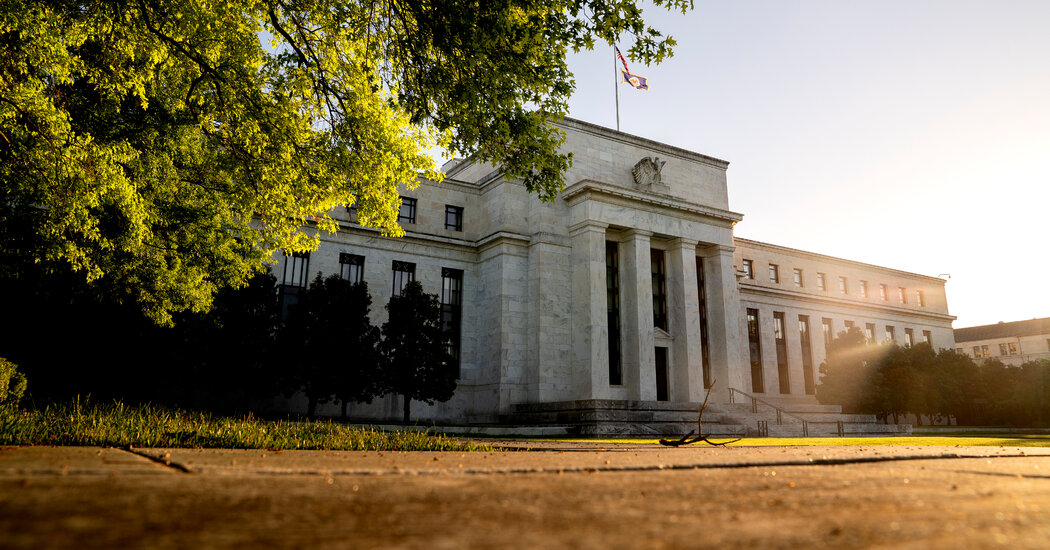 Federal Reserve officials have been facing a chorus of criticism for pledging to keep interest rates at rock bottom and for buying government-backed bonds at an enormous scale even as the United States economy bounces back from the pandemic. But after a weaker-than-expected April jobs report, they may have an easier time selling the idea that patience is a virtue.

“I feel very good about our policy approach, which is outcome-based,” Neel Kashkari, president of the Federal Reserve Bank of Minneapolis, said in a Bloomberg television interview shortly after the report came out. “Let’s actually allow the labor market to recover, let’s not just forecast that it’s going to recover.”

American employers added 266,000 jobs last month, far short of the one million that economists had been expecting. Analysts agreed that the figure was a severe disappointment, but lined up on little else: Some pointed to the numbers as a sign that the economy remains in a deep hole, while others saw in it validation for the idea that expanded unemployment insurance is discouraging work, causing labor supply issues that are hurting businesses.

What is clear is that the economy is nowhere near any mainstream estimate of full employment. And how the labor market recovery will look going forward — as the economy reopens and a huge number of displaced workers must reshuffle into jobs that suit their needs and interests — is wildly uncertain.

economically damaging downward spiral. Still, Fed officials have faced recent criticism for their new, less forward-looking approach. Some economists have worried that it could make them too slow to react to changes in the economy.

Fed doctrine had long been “to take away the punch bowl before the party gets out of hand,” Lawrence H. Summers, a former Treasury secretary, said at a recent webcast event. “What we’ve now said is — we’re not going to do anything until we see a bunch of drunk people staggering around.”

April’s report could make it easier for the central bank to justify the new method, since it shows how challenging it will be to forecast the speed and tenor of the recovery from the pandemic, which is likely to proceed differently than economic healing after a typical recession would.

“This is a highly uncertain environment that we’re in,” Mr. Kashkari told Bloomberg. “We have a long way to go, and let’s not prematurely declare victory.”

A sprawling waterfront compound on the eastern side of Lake Tahoe has hit the market for $55 million.Known as the Wovoka estate, it is owned by … END_OF_DOCUMENT_TOKEN_TO_BE_REPLACED

America is absorbing the shock of another bloody mass shooting, a day after an 18-year-old man wearing body armour and carrying assault rifles entered … END_OF_DOCUMENT_TOKEN_TO_BE_REPLACED