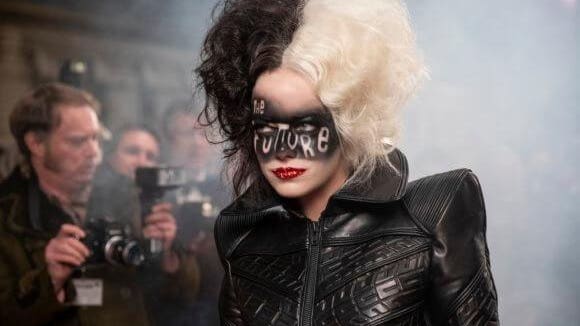 There had been rumblings in the wake of Scarlett Johansson’s lawsuit against Disney that Emma Stone might be considering similar options. Both leading ladies had big summer flicks which had promised them box office-specific bonuses, potential paydays that were lessened when Disney made the call to release Cruella (over Memorial Day weekend) and Black Widow (on July 9) in theaters and on Disney+’s “Premier Access.” We’ve heard no official word on the Johansson-specific litigation, and I’m guessing (like around 90% of all civil suits) it will settle well before trial. But I think it’s safe to say that Stone’s representatives and Walt Disney have come to a brokered peace. We just got word that Emma Stone has signed for Cruella 2 (or whatever it’ll end up being called), and I’m guessing she didn’t come cheap.

Cruella grossed $85 million domestic from a $26.5 million Memorial Day Fri-Mon debut, making it among the leggiest “big” Memorial Day openers ever. It also earned $222 million worldwide. Considering the deeply mixed record of Disney’s live-action reimaginings, it’s possible that $225 million was pretty close to “business as usual.” Yes, the Katzenberg-era remakes were ginormous hits ($1.053 billion for Aladdin, $1.263 billion for Beauty and the Beast and $1.67 billion for The Lion King), but we’ve always seen the likes of Dumbo ($350 million on a $150 million budget), Mary Poppins Returns ($350 million/$130 million), The Nutcracker and the Four Realms ($174 million/$133 million) and Christopher Robin ($197 million/$70 million). Considering the sheer popularity of 101 Dalmatians (over $1 billion in inflation-adjusted domestic earnings), I’m inclined to argue for a $350 million-plus finish.

However, and this is key, the Craig Gillespie-directed comedy, one focused on costumes, production design and “fabulous” characters engaged in high fashion and high crimes amid 1970’s-London, only cost around $100 million. So, when you factor $225 million worldwide plus whatever it made on SVOD (first on Disney+ and then on other platforms), I’m guessing it’ll either break even over the long run or has already done so. This isn’t a $150 million-$200 million flick like The Suicide Squad, Jungle Cruise or Space Jam: A New Legacy which arguably all cost way too much even for non-Covid times. As I’ve noted a few times, we may start seeing some coin-toss sequels getting greenlit for the image of presumed success. That Disney always avoided another lawsuit with one of its high-profile stars is arguably a bonus.

Since reviews were generally positive and the word-of-mouth (including an A from Cinemascore) was relatively strong, I’m not worried about any “Tomb Raider Trap”-type situations here. The big concern, assuming this movie even gets made (I’d speculate that Stone got a “pay or play” deal) or even if it gets made and doesn’t end up on Disney+, is whether it’s a “folks were only curious the first time” situation. However, if the core appeal of Cruella was less about “Hey, it’s a prequel/reimagining of that 101 Dalmatians villain!” and more “Hey, it’s Emma Stone being spectacular while playing Cruella de Vil,” then A) Stone is worth whatever she got and B) folks might show up again.

Alice Through the Looking Glass ($299 million in 2016 versus $1.025 billion in 2010 for Alice in Wonderland) and Maleficent: Mistress of Evil ($490 million in 2019 versus $759 million for Maleficent in 2014) underperformed partially due to a time gap. We can also blame the fact that what they represented (huge fantastical adventure films, anchored by female characters and/or major female movie stars no less) are far less rare than they were in 2010 and 2014. As such, in a skewed irony, the fact that Cruella was a pretty grounded and moderately-budgeted romp that wasn’t filled (obvious) special effects and world-changing action makes it more of a rarity in 2021 than something like Maleficent. That’s partially how Joker soared so high in 2019, by being a small, indie-minded character play for folks raised on mega-bucks action franchises.

Cruella, which slightly played like Nightcrawler for kids, has a similar “advantage,” one that may yet extend beyond the first movie. That doesn’t mean that Cruella 2 won’t A) cost too much in relation to its predecessor, B) end up being a “folks were only curious the first time” sequel and/or C) end up earning essentially the same as its predecessor even in a non-Covid environment. But, by virtue of its budget, its modest sensibilities, its “You don’t have to care about the IP to enjoy the film” mentality, it’s certainly in a safer spot than the previous aforementioned sequels. And if it makes for a public peace treaty between Disney and a major star who may or may not have been about to sue them, well, that’s just icing on the cake.

The Mississippi River town of Ste. Genevieve, MO, might be the ideal spot for a buyer in search of a refreshing idea.This mixed-use structure on the … END_OF_DOCUMENT_TOKEN_TO_BE_REPLACED

More From ForbesJan 26, 2022,09:00am ESTCompany Named For Jetsons Son Unveils Autonomous Cargo EVTOL Drone Of The Near … END_OF_DOCUMENT_TOKEN_TO_BE_REPLACED