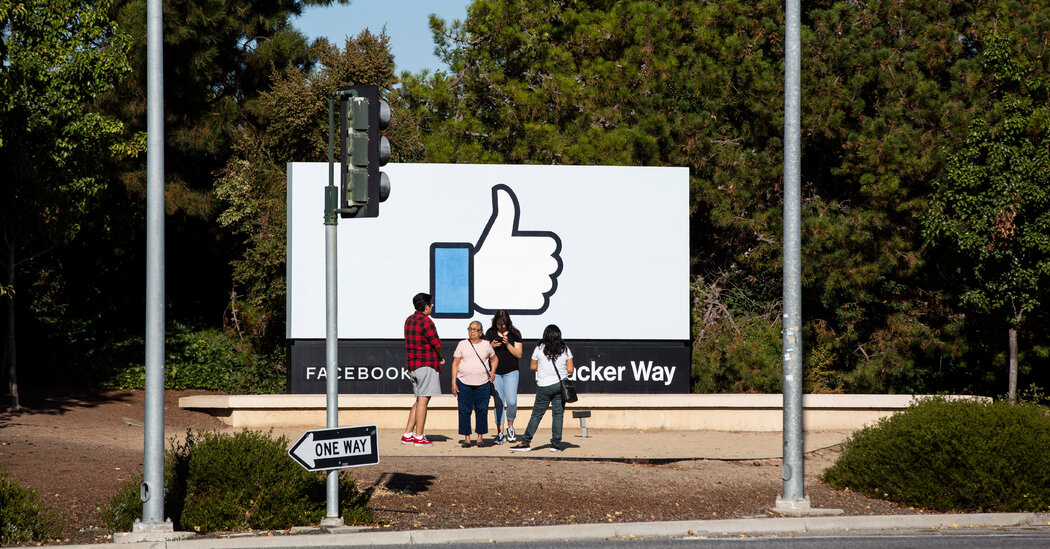 An independent panel called the Facebook Oversight Board on Wednesday upheld Facebook’s ban on former President Donald J. Trump, but said the company must review its decision to impose an indefinite suspension.

The company suspended Mr. Trump’s account on Jan. 7, after he used social media accounts to incite a mob of supporters to attack the Capitol a day earlier. The board gave Facebook six months to determine its final decision on Mr. Trump’s account status.

Here are key facts to know about the Facebook Oversight Board and its decision:

The board is a panel of about 20 former political leaders, human rights activists and journalists picked by Facebook to deliberate the company’s content decisions. It began a year ago and is based in London.

Facebook’s chief executive, Mark Zuckerberg, conceived the idea of having an independent body that acted like a Supreme Court in 2018. The idea was for the public to have a way to appeal decisions by Facebook to remove content that violates its policies against harmful and hateful posts. Mr. Zuckerberg said neither he nor the company wanted to have the final decision on speech.

The company and paid members of the panel stress that the board is independent. But Facebook funds the board with a $130 million trust and top executives played a big role in its formation.

So far the board has issued a handful of decisions on minor takedowns by Facebook. The majority of the rulings have overturned Facebook’s decisions.

What is the panel deciding related to Trump?

Two weeks after Facebook decided to temporarily lock the account of Mr. Trump, the company said it would refer the case to the Oversight Board, effectively punting to outsiders a final decision on the former president.

In a blog post, the company explained that executives had blocked Mr. Trump’s account because he had violated the company’s policies against the incitement of violence and that the deadly storming of the Capitol defied the company’s belief in a peaceful transition of government and the democratic process.

“We look forward to receiving the board’s decision — and we hope, given the clear justification for our actions on Jan. 7, that it will uphold the choices we made,” Nick Clegg, Facebook’s vice president for global affairs, said in the post.

The board will tell Facebook to remove the ban, or to keep it. The ruling may also come with more nuance. The board could say that the ban was appropriate at the time but is no longer necessary, or that the ban was the wrong decision from the start.

The company then has seven days to put the board’s ruling into effect.

How does the board make its decision?

The board takes cases that are referred by Facebook or the public. The panel then selects five members to first deliberate on each case, with one based in the home country represented by the case.

The members meet to discuss the case and vet public comments. More than 9,000 comments were submitted on Trump’s account. The board extended its 90-day deadline on decisions for the Trump case because of the high volume of public comments. The board will base its decision on two main criteria: if Facebook’s ban on Mr. Trump followed the company’s community standards and adhered to human rights laws. When the smaller panel of board members reaches a majority, the decision is taken to the full board for a vote.

In the Trump case, Facebook also asked the board to give policy recommendations on how to handle the accounts of political leaders. The company doesn’t have to adopt the recommendations.

Is this decision the final say on Trump?

If Facebook follows its own rules, then yes. The company has said that all decisions from the oversight board are binding, and that even Mr. Zuckerberg couldn’t overturn the rulings. (Mr. Trump was also barred, permanently, from Twitter, where he had some 88 million followers.)

But there is no body that enforces this agreement between Facebook and the board. Facebook has rejected one recommendation by the board that dealt with the takedown of a Covid-19 post. The company says recommendations are different from rulings and are not binding.

America is absorbing the shock of another bloody mass shooting, a day after an 18-year-old man wearing body armour and carrying assault rifles entered … END_OF_DOCUMENT_TOKEN_TO_BE_REPLACED

Once home to baseball Hall of Famer Ty Cobb, this estate rests on the eastern shores of Lake Tahoe. Now, 1472 Flowers Ave. is on the market asking … END_OF_DOCUMENT_TOKEN_TO_BE_REPLACED