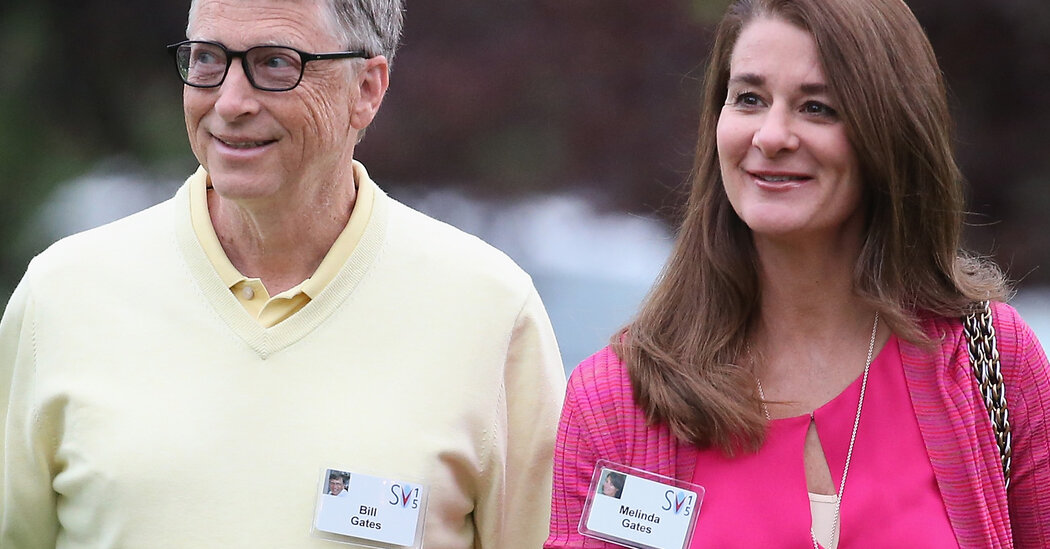 The Bill and Melinda Gates Foundation started with ambitions that, by its lofty standards today, appear almost quaint: providing free internet access to public libraries in the United States. As its founders’ objectives grew in scope, so did the foundation’s reach, until it achieved its current position as the pre-eminent private institution in global public health.

With 1,600 staff members directing $5 billion in annual grants to 135 countries around the globe, the Gates Foundation set a new standard for private philanthropy in the 21st century.

All of that was thrown into question on Monday when the world learned that the foundation’s co-chairs, who had been married for 27 years, filed for divorce in Washington State. Grant recipients and staff members alike wondered what would happen and whether it might affect the mission.

The message from the headquarters in Seattle was clear: Bill and Melinda Gates may be splitting up, but the Bill and Melinda Gates Foundation isn’t going anywhere. Their roles as co-chairs and trustees are not changing, and they will still set the agenda for the organization that bears their names. In an email on Monday, the Gates Foundation’s chief executive, Mark Suzman, reassured the staff that both Mr. and Ms. Gates remained committed to the organization.

observers noted that Ms. Gates had added her maiden name, French, to her Twitter profile.

The couple deployed their connections last year in response to the pandemic, calling leaders like Chancellor Angela Merkel of Germany and Crown Prince Mohammed bin Zayed of Abu Dhabi to drum up support for their plans. The foundation has committed $1.75 billion so far to its Covid-19 response, and played a key role in shaping the global deal to bring vaccines to poor countries.

That prominence has also brought a fair share of scrutiny, throwing a spotlight on Mr. Gates’s robust defense of intellectual property rights — in this case, specific to vaccine patents — even in a time of extreme crisis, as well as the larger question of how unelected wealthy individuals can play such an outsize part on the global stage.

“In a civil society that is democratic, one couple’s personal choices shouldn’t lead university research centers, service providers and nonprofits to really question whether they’ll be able to continue,” said Maribel Morey, founding executive director of the Miami Institute for the Social Sciences.

Before the news of the divorce broke, the Gates Foundation had been in the midst of a period of upheaval. The pandemic shuttered its headquarters in Seattle even as staff members drawn from the top ranks of government health agencies and the pharmaceutical industry worked to muster a response to the deadly, rapidly spreading new coronavirus.

And as his public profile during the pandemic grew, so did spurious conspiracy theories such as that the global immunization effort was a cover for Mr. Gates to implant microchips to track people, blatantly false but still damaging as misinformation increased vaccine hesitancy.

Then Mr. Gates’s father, Bill Gates Sr., also a foundation co-chair, died in September. The elder Mr. Gates had initially taken the lead on his son’s charitable endeavors while the younger Mr. Gates was still at the helm of Microsoft. Bill Gates Sr. was viewed by many as a calm voice and a moral compass within the organization, even as he had stepped back in recent years.

Dr. Morey said the recent changes could also present an opportunity to create a large, diverse board while increasing visibility into the foundation’s decision-making. “Part of the anxiety is coming from the lack of transparency in the day-to-day activities of the Gates Foundation,” she said.

Forbes estimates at $124 billion. The divorce won’t affect the money that has already been given to the foundation trust, but the couple may devote less money to it over time than they would have if they had stayed together.

“People are right to feel unmoored in terms of the direction of the foundation,” said Ms. Tompkins-Stange of the University of Michigan. “There’s a lot of ambiguity, as there might be in any divorce situation, but they seem committed to co-parenting the foundation.”

The Seattle Seahawks are very much still in the running for Baker Mayfield. (Photo by Stacy ... [+] Revere/Getty Images) Getty Images The Seattle … END_OF_DOCUMENT_TOKEN_TO_BE_REPLACED

LANSING, Mich. — At least 357 sitting Republican legislators in closely contested battleground states have used the power of their office to discredit … END_OF_DOCUMENT_TOKEN_TO_BE_REPLACED