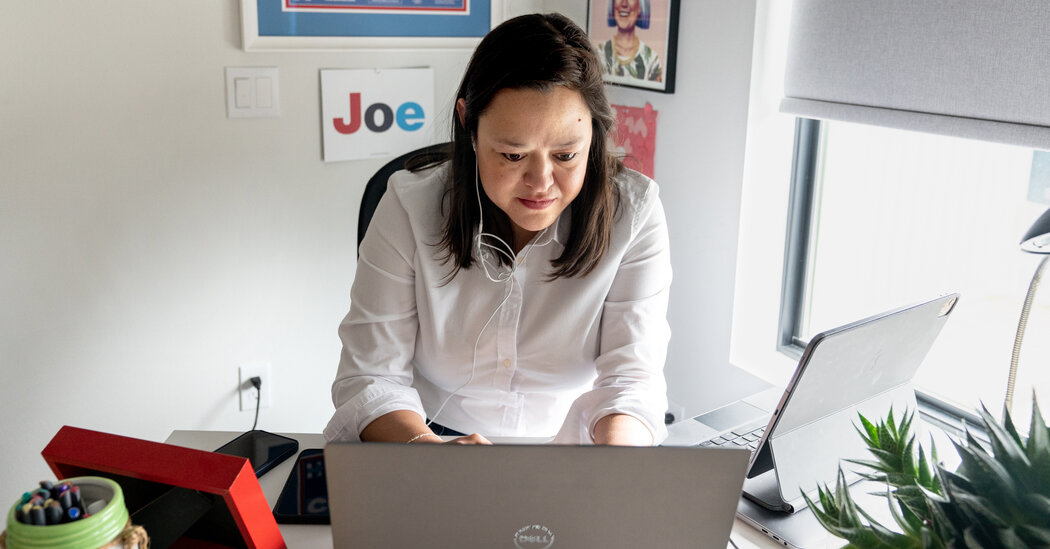 Before Ms. Pelton accompanied Alejandro N. Mayorkas, the homeland security secretary, on a trip to the border with Mexico last week, “I hadn’t left the island since last February,” she said.

“Trump always spoke in negative terms about the government and the island and how corrupt it was,” Ms. Pelton continued. “When we, the Biden administration, are unlocking some of those funds, it’s a big deal in the paper. I see how closely the local press is reporting on what the administration is doing and how it impacts the island.”

For now, Ms. Pelton said, the benefits of that perspective and a safe schooling setup outweighed the loss of networking with her colleagues. “There are colleagues that need to be in because of classified information,” she said. “I can do this from my bedroom.”

Maggie Thomas, 33, was named the chief of staff of the domestic climate policy office in January. She still has not met Ms. McCarthy, her boss, in person. In July, Ms. Thomas, who had been living in Boston while working for Senator Elizabeth Warren’s presidential campaign, packed up a Dodge Caravan with her boyfriend and drove across the country to move into a house across the street from her parents in Sacramento.

“My dad was very high risk for Covid, and being so far away really compelled me to be part of the community and part of their everyday life,” she said. “I now have a full 180-degree view of my childhood home.”

Ms. Thomas said she had grown comfortable in her routine at home. “I imagine I’ll eventually move to Washington,” she said, “but we are learning how to run a government remotely.”

Living in California also meant experiencing the effects of climate change as more than erratic lines on a chart. “There were a good three or four weeks after the wildfires, when the air quality was so dangerous we couldn’t even go outside,” Ms. Thomas said. “When you live through not being able to go outside, it starts to take on new meaning.”

Kevin McKenzie and Martine van Hamel were standing in the dining room of their weekend house in Woodstock, N.Y., trying to figure out when they got … END_OF_DOCUMENT_TOKEN_TO_BE_REPLACED