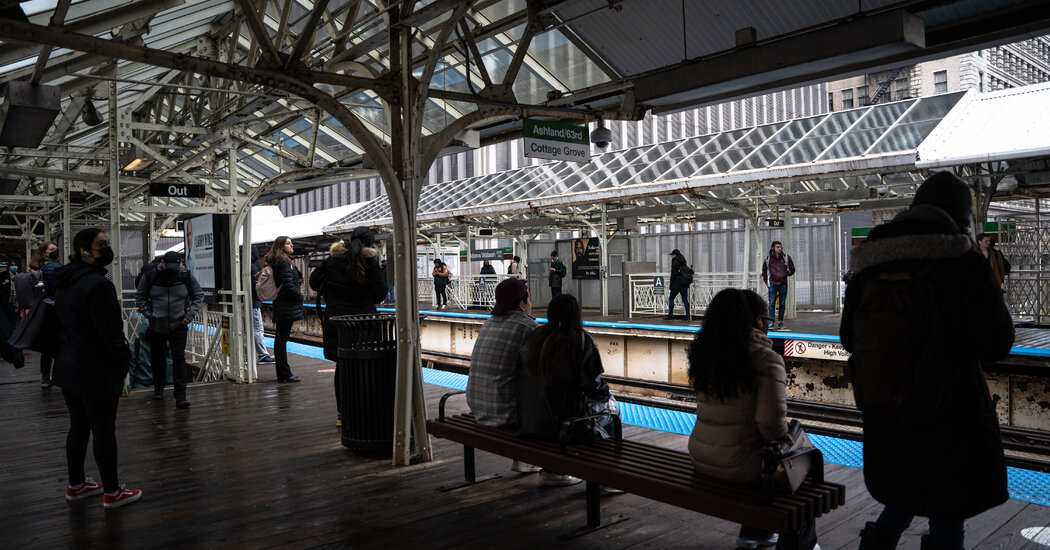 When it comes to the economy, more is usually better.

Bigger job gains, faster wage growth and more consumer spending are all, in normal times, signs of a healthy economy. Growth might not be sufficient to ensure widespread prosperity, but it is necessary — making any loss of momentum a worrying sign that the economy could be losing steam or, worse, headed into a recession.

But these are not normal times. With nearly twice as many open jobs as available workers and companies struggling to meet record demand, many economists and policymakers argue that what the economy needs right now is not more, but less — less hiring, less wage growth and above all less inflation, which is running at its fastest pace in four decades.

Jerome H. Powell, the Federal Reserve chair, has called the labor market “unsustainably hot,” and the central bank is raising interest rates to try to cool it. President Biden, who met with Mr. Powell on Tuesday, wrote in an opinion article this week in The Wall Street Journal that a slowdown in job creation “won’t be a cause for concern” but would rather be “a sign that we are successfully moving into the next phase of recovery.”

“We want a full and sustainable recovery,” said Claudia Sahm, a former Fed economist who has studied the government’s economic policy response to the pandemic. “The reason that we can’t take the victory lap right now on the recovery — the reason it is incomplete — is because inflation is too high.”

undo much of that progress.

“That’s the needle we’re trying to thread right now,” said Harry J. Holzer, a Georgetown University economist. “We want to give up as few of the gains that we’ve made as possible.”

Economists disagree about the best way to strike that balance. Mr. Powell, after playing down inflation last year, now says reining it in is his top priority — and argues that the central bank can do so without cutting the recovery short. Some economists, particularly on the right, want the Fed to be more aggressive, even at the risk of causing a recession. Others, especially on the left, argue that inflation, while a problem, is a lesser evil than unemployment, and that the Fed should therefore pursue a more cautious approach.

But where progressives and conservatives largely agree is that evaluating the economy will be particularly difficult over the next several months. Distinguishing a healthy cool-down from a worrying stall will require looking beyond the indicators that typically make headlines.

“It’s a very difficult time to interpret economic data and to even understand what’s happening with the economy,” said Michael R. Strain, an economist with the American Enterprise Institute. “We’re entering a period where there’s going to be tons of debate over whether we are in a recession right now.”

11.4 million job openings at the end of April, close to a record. But there are roughly half a million fewer people either working or actively looking for work than when the pandemic began, leaving employers scrambling to fill available jobs.

The labor force has grown significantly this year, and forecasters expect more workers to return as the pandemic and the disruptions it caused continue to recede. But the pandemic may also have driven longer-lasting shifts in Americans’ work habits, and economists aren’t sure when or under what circumstances the labor force will make a complete rebound. Even then, there might not be enough workers to meet the extraordinarily high level of employer demand.

Persistently weak pay increases were a bleak hallmark of the long, slow recovery that followed the last recession. But even some economists who bemoaned those sluggish gains at the time say the current rate of wage growth is unsustainable.

“That’s something that we’re used to saying pretty unequivocally is good, but in this case it just raises the risk that the economy is overheating further,” said Adam Ozimek, chief economist of the Economic Innovation Group, a Washington research organization. As long as wages are rising 5 or 6 percent per year, he said, it will be all but impossible to bring inflation down to the Fed’s 2 percent target.

Fed officials are watching closely for signs of a “wage-price spiral,” a self-reinforcing pattern in which workers expect inflation and therefore demand raises, leading employers to increase prices to compensate. Once such a cycle takes hold, it can be difficult to break — a prospect Mr. Powell has cited in explaining why the central bank has become more aggressive in fighting inflation.

“It’s a risk that we simply can’t run,” he said at a news conference last month. “We can’t allow a wage-price spiral to happen. And we can’t allow inflation expectations to become unanchored. It’s just something that we can’t allow to happen, and so we’ll look at it that way.”

speech in Germany this week, Christopher J. Waller, a Fed governor, argued that as demand slows, employers are likely to start posting fewer jobs before they turn to layoffs. That could result in slower wage growth — since with fewer employers trying to hire, there will be less competition for workers — without a big increase in unemployment.

“I think there’s room right now for inflation to come down a significant amount without unemployment coming up,” said Mike Konczal, an economist at the Roosevelt Institute.

The Fed’s efforts to cool off the economy are already bearing fruit, Mr. Konczal said. Mortgage rates have risen sharply, and there are signs that the housing market is slowing as a result. The stock market has lost almost 15 percent of its value since the beginning of the year. That loss of wealth is likely to lead at least some consumers to pull back on their spending, which will lead to a pullback in hiring. Job openings fell in April, though they remained high, and wage growth has eased.

“There’s a lot of evidence to suggest the economy has already slowed down,” Mr. Konczal said. He said he was optimistic that the United States was on a path toward “normalizing to a regular good economy” instead of the boomlike one it has experienced over the past year.

But the thing about such a “soft landing,” as Fed officials call it, is that it is still a landing. Wage growth will be slower. Job opportunities will be fewer. Workers will have less leverage to demand flexible schedules or other perks. For the Fed, achieving that outcome without causing a recession would be a victory — but it might not feel like one to workers.

AUSTIN, Texas--(BUSINESS WIRE)--As the first multifamily management company to be recognized in the Public Relations and Marketing Excellence Awards, … END_OF_DOCUMENT_TOKEN_TO_BE_REPLACED

There have been whispers of cooling housing and rental prices in the San Francisco Bay Area, but that hasn't yet translated into practical, noticeable … END_OF_DOCUMENT_TOKEN_TO_BE_REPLACED

Cars pass in Independence Square at twilight in Kyiv, Ukraine, Monday, Oct. 31, 2022. Rolling ... [+] blackouts are increasing across Ukraine as the … END_OF_DOCUMENT_TOKEN_TO_BE_REPLACED