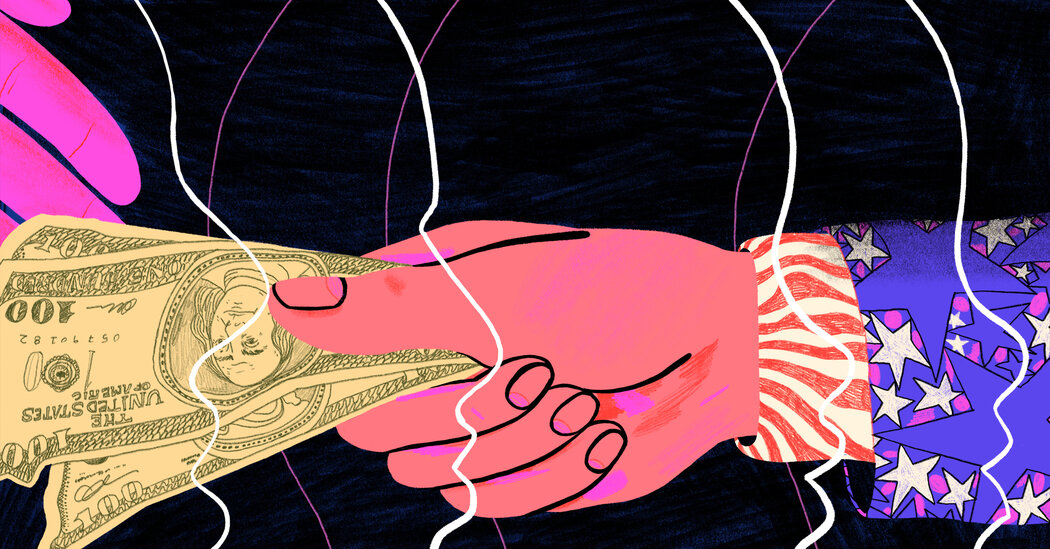 The Biden administration is moving in a new direction. It is trying to help low-income Americans by pushing for direct cash assistance in addition to expanding health insurance.

Each is a laudable goal. But doing both at once may not be feasible, as lawmakers raise concerns about the total price tag of Biden’s plans.

If the administration has to make hard choices, it can do more to help the poor by prioritizing cash transfers over expanded health insurance. That’s because cash helps recipients directly, while health insurance would pay mainly for care that many uninsured people were already receiving at low or no cost.

For over a decade, health insurance expansions have dominated the budget and politics of legislation directed toward the poor. In 2019, the government spent more than $600 billion on Medicaid — the major health insurance program for low-income Americans. This was more than 10 times the amount spent on the largest cash transfer program, the earned-income tax credit.

legislation enacted in March brought a welcome shift in focus toward cash benefits. Among its temporary provisions were about $100 billion in increased payments to low-income families with children and $15 billion in stepped-up wage subsidies for low-income workers, overshadowing the approximately $35 billion in new spending for health insurance.

The evidence indicates that for the low-income recipients of these programs, cash transfers will provide a greater bang for the government’s buck. Two separate studies that my collaborators and I conducted found that, on average, low-income adults would benefit more from a dollar in cash than a dollar of government spending on health insurance.

These kinds of comparisons are inherently difficult. One approach we took to measuring the value of health insurance to recipients was to see how much they were willing to pay for it. Another was to estimate the effects of such insurance on their lives, like improved health and increased economic security. Neither approach is airtight.

But they gave very similar answers: The benefit of Medicaid coverage received by a newly insured adult is less than half what that coverage costs taxpayers, which is about $5,500 a year.

The reason is simple: The uninsured already receive a substantial amount of health care, but pay for only a very small portion of it, especially when their medical bills are high.

estimated that 60 percent of government spending to expand Medicaid to new recipients ends up paying for care that the nominally uninsured already receive, courtesy of taxpayer dollars and hospital resources. In other words, from the recipient’s perspective the alternatives are $5,500 in cash or only about 40 percent of that — $2,200 — in health insurance benefits, on top of the care they were already receiving.

The United States has a longstanding tradition of providing free medical services to the indigent. Hospitals emerged in the 18th century largely to care for those with no other sources of help. In modern times, federal and state governments have enacted a grab bag of policies to help defray some of the costs incurred by hospitals and clinics in providing humanitarian care.

The result is today’s health care safety net for the uninsured. It is grossly inadequate and inefficient. It needs a radical overhaul.

But in the meantime, the direct benefits from expanding insurance to the low-income uninsured are, paradoxically, limited by the imperfect patches currently in place. Hospitals are major beneficiaries of health insurance expansions, which reduce their financial burdens and increase their profit margins.

Health insurance has always been an important financial tool for hospitals. During the Great Depression, they pioneered the first widespread health insurance in the United States to help ensure payment for provided care.

More recently, in 2006, when Senator Mitt Romney was the Republican governor of Massachusetts, he embraced the state’s health insurance expansion — which became the blueprint for Obamacare — as a way to reduce the costs that uninsured patients imposed on hospitals and taxpayers. Hospitals later used similar logic in lobbying for Medicaid expansions under Obamacare and against their repeal.

Of course, the newly insured have also benefited greatly from health insurance expansions. On this point, the evidence from Obamacare is in, and the research results are clear: Medicaid coverage is better than the safety-net care available to the uninsured.

saved lives. They also increased access to medical care and reduced medical debt, which can impose substantial financial and emotional pain on patients and their families, even though most of it is never repaid. Covering some of the remaining 30 million Americans who are still uninsured would most likely produce similar benefits.

But people in need also benefit greatly from cash. And there is evidence that cash transfers can also save lives.

In addition, a large body of work shows that wage subsidies to low-income workers with children help lift their families out of poverty, increase economic self-sufficiency, and improve their health and well-being. A recent experiment found that wage subsidies very similar to the ones that were temporarily expanded in March also increase employment and earnings for low-income adults without dependent children. Likewise, direct cash transfers provide important benefits to families and their children, whose academic achievement and physical and mental health can improve as a result.

In an ideal world, everyone would have health insurance and sufficient income. But in the real world, budgetary and political constraints often force wrenching trade-offs.

There are powerful moral imperatives for making sure that everyone has adequate medical care, as well as sufficient income for their nonmedical needs. It’s hard for economists to weigh competing moral imperatives.

But we can, at least, stack dollars on scales. And the good done by cash transfers tips the scale in their favor.

The Biden administration is now trying to make permanent its temporary expansions of both cash subsidies and health insurance. If forced to prioritize how best to help those who are struggling economically — either because of the coronavirus pandemic or from longer-term, structural obstacles — it’s time to recognize that cash is more effective than insurance.

Amy Finkelstein is the John and Jennie S. MacDonald professor of economics at the Massachusetts Institute of Technology.

After two years and a major price cut, the “Friends” star has sold off his Los Angeles penthouse for $21.6 million. Gregory Holcomb with Compass … END_OF_DOCUMENT_TOKEN_TO_BE_REPLACED

A festive cape, draped from your shoulders, paired with a dress and glitzy heels while you sip on mulled wine. That’s the sort of scene Macy’s was … END_OF_DOCUMENT_TOKEN_TO_BE_REPLACED