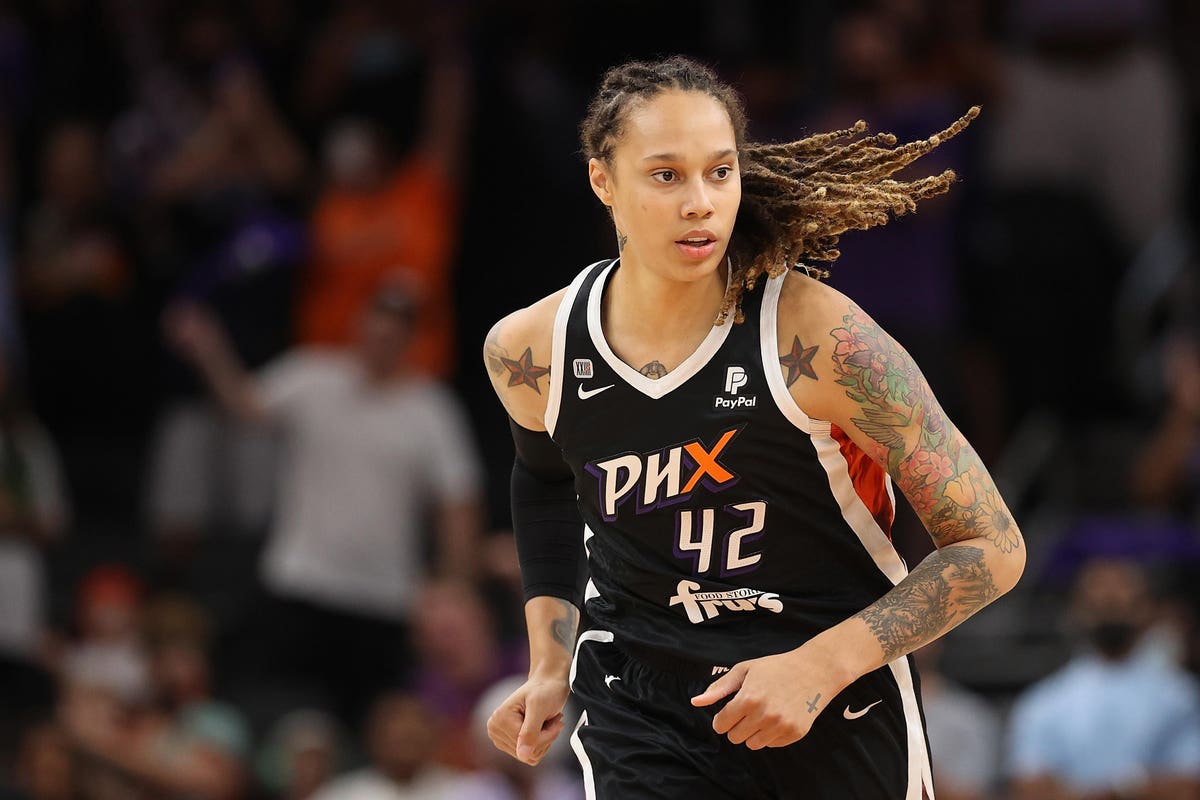 If you’re looking for outrage over the arrest and detainment of Brittney Griner, the WNBA All-Star and Olympic gold medalist who is currently sitting in a Russian jail, look no further than the Twitter feed of Bobbi Mullis, whose handle is @Swaggy_DgB. Two lightning bolts bookend the words “Free Brittney Griner” in her display name, and her feed is mostly a steady stream of Griner updates beneath a header image of a basketball flanked by Griner, tattooed, confident and smiling in her Team USA uniform.

Every day since March 5, when news broke that Griner was arrested at Moscow’s Sheremetyevo Airport and accused of transporting hashish oil, Mullis, 40, has posted support, concern and pleas for people to agitate the seats of power to help, in the words of one tweet, “Bring BG Home.”

“We can not let our voices for her freedom to become drowned out. Keep them raised!” she wrote on March 5. Other voices have joined in, too. “Where is the public outcry?” wrote Rozella Haydée White, who uses the Twitter handle @lovebigcoach. It’s a question well worth asking, but their cries may not amount to not much: @Swaggy_DgB has about 200 followers; @lovebigcoach, just under 7,900.

Now that Griner’s situation has seemed to take a turn for the worse – CNN reported Thursday that she will be held in detention until May, citing a Russian news source – the silence of her corporate benefactors has come into fresh light: Her agent at Wasserman Group, the WNBA, the WNBA players’ union, USA Basketball, her home team the Phoenix Mercury, have limited their public comments to not much more than their support and hopes for a safe return.

It wasn’t until March 17, about a month after her arrest and three weeks into the punitive global reaction to Russia’s invasion of Ukraine, that serious muscle echoed the sentiments of Griner’s fans. That’s when former Secretary of State Hillary Clinton, who tweeted “Free Brittney” along with an article about Griner. Few others with major platforms have weighed in.

“We’re following the experts’ advice here,” WNBA Commissioner Cathy Engelbert told Forbes in an interview this week, adding those experts include officials from the State Department and other federal agencies. “We are helping coordinate and drive that low-key strategy.” She added: “Obviously, nobody wants to do or say anything that will jeopardize Brittney’s safety.”

A spokesman for Clinton didn’t respond to a request for comment; neither did Nike, Griner’s largest corporate sponsor.

According to experts who specialize in Russian law and geopolitics, the muted communications strategy may actually be Griner’s best path to freedom, as outsized public attention makes it less likely that President Vladimir Putin or other Russian authorities will go easy on Griner to avoid being seen as caving to the West amid a war.

“Hillary Clinton is the main American villain from Putin’s point of view,” said Richard Anderson, a former CIA analyst and former UCLA professor who specializes in Soviet politics and foreign policy. “So if she’s the bad guy, and she’s for Brittney Griner, that makes Brittney Griner the bad guy. This is why I think it would be much better if she just said nothing.”

Griner, who is from Houston, was allegedly found with vape cartridges that contained oil derived from cannabis when she arrived in Moscow as part of an annual stint playing for UMMC Ekaterinburg. The team is affiliated with Ural Mining Metallurgical Company, the copper business run by Russian billionaires Andrei Kozitsyn and Iskander Makhmudov.

U.S. Representative Colin Allred, a congressman from Texas, told CNN she was arrested on February 17. If found guilty, she faces up to 10 years in prison.

Griner is a two-time Olympic gold medalist and has made the WNBA All-Star team six out of her nine years in the league. Despite that dominance, she has played for Ekaterinburg for several years. Playing overseas during the WNBA off-season is common among athletes in the WNBA, where the maximum base salary is $228,094. Bonuses and team and league marketing deals can push those earnings to more than $500,000.

International salaries can exceed $1 million, particularly on Russian teams bankrolled by billionaire oligarchs. Griner’s salary is unknown, but her teammate in Russia, WNBA player Diana Taurasi, was reportedly paid close to $1.5 million to skip her 2015 WNBA season, a fee that also came with other lavish perks. Still, it’s a pittance compared to their peers in the NBA, where the highest-paid player, Steph Curry, is set to make more than $45 million this year.

Criticism of that disparity reached a fever pitch after Griner’s arrest, but the difference comes down to the numbers: Women’s sports capture less than 1% of all corporate sponsorship dollars spent on sports and receive less than 5% of media coverage, according to the WNBA’s Engelbert. She hopes that the recent addition of big-name sponsors, most notably Google, will help support higher salaries and bigger bonuses. While the league doesn’t monitor how many players work overseas, she says “it’s a lot less than it used to be, and I think it’s going to be even less now that the risks have reared their head here.”

Well-paid or not, Griner’s decision to play in Russia this year has landed the 31-year-old, who is Black and lesbian, in a precarious spot. On Thursday, the court handling Griner’s case extended the period of Griner’s detention until May 19 at the request of investigators, CNN reported. In the meantime, Putin has amped up his counterattack on the U.S. and its allies, holding a rally Friday in support of the invasion a day after President Biden called him a war criminal. Earlier this week Putin called Russian war critics “traitors” and “gnats,” rebuking them for their embrace of “foie gras,” “oysters” and “so-called gender freedoms.”

While the low-key communications strategy for Griner may be a factor, it is unlikely to be the sole reason for the lack of a major outcry, said Aronte Bennett, associate dean of diversity, equity and inclusion and associate professor of marketing at the Villanova University School of Business.

“[She’s] a woman and playing in a sport that has, in my estimation, not received the respect that it deserves,” said Bennett. “Couple that with her being queer and black, and I think those three things combined make her unlikely to be the kind of media darling that we often flock to when there’s a call for help.”

At Thursday’s hearing Griner’s legal team was denied a request that she be transferred to house arrest, according to a person close to the situation who declined to be identified because of the case’s sensitivity. That person said if the investigation is not completed by May, a hearing that month will determine how much more time is needed before setting a trial date.

If the charges are legitimate and she’s convicted at trial, Anderson, the former CIA analyst, said he thinks it’s likely she’ll get the full sentence. He also says the people in the best position to help – UMMC Ekaterinburg’s owners – are not likely to step in for fear of being seen as advocating for the West during a war. That leaves her supporters at home little choice but to work quietly behind the scenes.

“I think it’s not the best strategy, it’s the only strategy, and I think the WNBA is wise to pursue it,” Anderson says.

If the silent strategy fails, Anderson said, it’ll be evident when U.S. officials join Clinton in speaking out. “At that point Joe Biden and others would stand up and say: ‘We’ve tried to negotiate quietly out of concern for the safety of this young woman,'” Anderson said. “‘But it’s become clear that they just intend to hold her. We don’t believe the Russian charges against her, and we demand that should be released and that her human rights be observed.'”

The Seattle Seahawks are very much still in the running for Baker Mayfield. (Photo by Stacy ... [+] Revere/Getty Images) Getty Images The Seattle … END_OF_DOCUMENT_TOKEN_TO_BE_REPLACED

(CNN) — Kim Kyung-seop recalls going to cheap bars after class with his friends, where they binged on as much makgeolli as possible. "You know the … END_OF_DOCUMENT_TOKEN_TO_BE_REPLACED