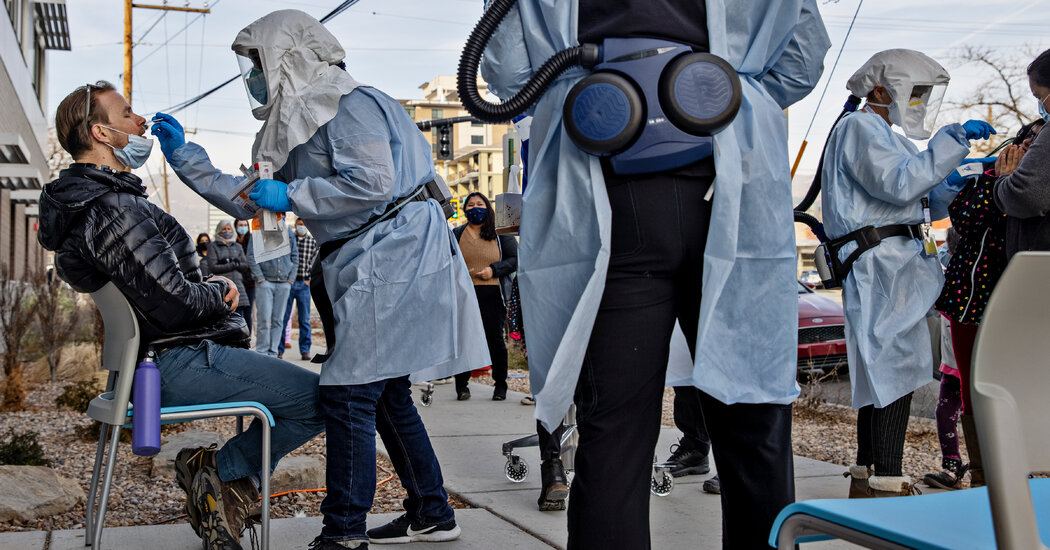 The January jobs report is arriving at a critical time for the U.S. economy. Inflation is rising. The pandemic is still taking a toll. And the Federal Reserve is trying to decide how best to steer the economy through a swirl of competing threats.

Unfortunately, the data, which the Labor Department will release on Friday, is unlikely to provide a clear guide.

A slew of measurement issues and data quirks will make it hard to assess exactly how the latest coronavirus wave has affected workers and businesses, or to gauge the underlying health of the labor market.

on Twitter and in conversations with reporters that a weak January jobs number would not necessarily be a sign of a sustained slowdown.

Economists generally agree. Coronavirus cases have already begun to fall in most of the country, and there is little evidence so far that the latest wave caused lasting economic damage. Layoffs have not spiked, as they did earlier in the pandemic, and employers continue to post job openings.

“You could have the possibility of a payroll number that looks really truly horrendous, but you’re pulling on a rubber band,” said Nick Bunker, director of economic research for the job site Indeed. “Things could bounce back really quickly.”

Economists typically pay more attention to the survey of businesses, which is larger and seen as more reliable. But some say they will be paying closer attention than usual this month to the data from the survey of households, because it will do a better job of distinguishing between temporary absences and more lasting effects from Omicron, such as layoffs or postponed expansions.

But economists have also cautioned not to minimize the impact that even temporary absences from work could have on families and the economy, especially now that the government is no longer offering expanded unemployment benefits and other aid.

“There isn’t that much Covid relief funding sloshing about anymore, so absences from work may actually reflect a meaningful decline in income,” said Julia Pollak, chief economist at the employment site ZipRecruiter.

Even in normal times, January jobs data can be tough to interpret. Retailers, shippers and other companies every year lay off hundreds of thousands of temporary workers hired during the holiday season. Government statisticians adjust the data to account for those seasonal patterns, but that process is imperfect. January is also the month each year when the Labor Department incorporates long-run revisions and other updates to its estimates.

“January is a messy month as it is,” Mr. Amarnath said.

This year, it could be extra messy because the pandemic has disrupted normal seasonal patterns. The labor shortage led some companies to hire permanent workers instead of short-term seasonal help during the holidays; others may have retained temporary workers longer than planned to cover for employees who were out sick. If that results in fewer layoffs than usual, the government’s seasonal adjustment formula will interpret that continued employment as an increase.

Other numbers could also be deceptive. The unemployment rate, for example, could fall even if hiring slowed. That is because the government considers people unemployed only if they are actively searching for work, and the spike in Covid cases may have led some to suspend their job searches.

Data on average hourly earnings could also be skewed because it is based on the payroll data — people who aren’t on payrolls aren’t counted in the average at all. Low-wage workers were probably the most likely to be missing from payrolls last month, since higher-wage workers are more likely to have access to paid sick leave. That could lead to an artificial — and temporary — jump in average earnings when policymakers at the Fed are watching wage data for hints about inflation.

Lil Wayne has just listed his modern megamansion in Miami Beach for an equally mega sum of $29.5 million.The rapper (whose legal name is Dwayne … END_OF_DOCUMENT_TOKEN_TO_BE_REPLACED