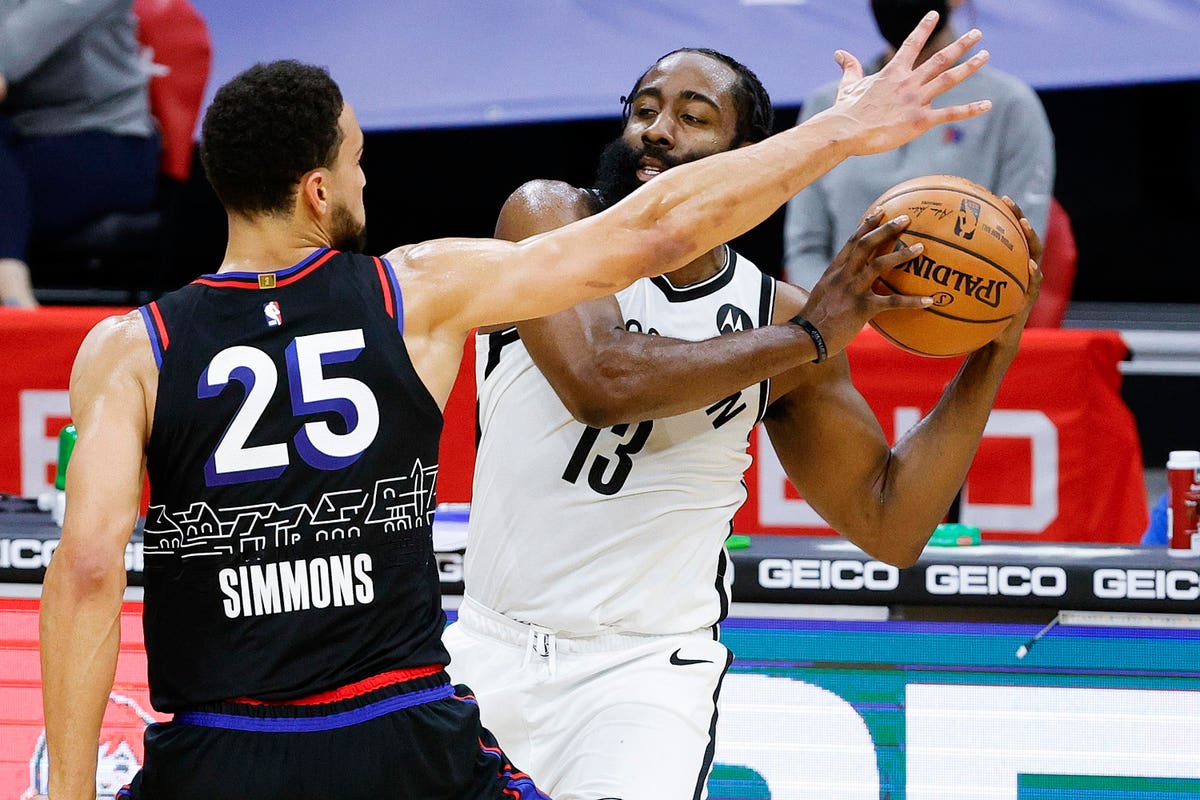 With the calendar having flipped to Dec. 15, a majority of NBA players who were free agents this past offseason are now eligible to be traded. That key date has led to a deluge of trade chatter in recent days, and more is bound to follow in the coming days and weeks.

Expect plenty of it to focus on Ben Simmons, who still has yet to suit up for the Philadelphia 76ers this season following an offseason trade request.

On Friday, ESPN’s Adrian Wojnarowski and Zach Lowe reported the Sixers were “becoming more engaged on multiple fronts in talks centered on Simmons” and have “been aggressively trying to assemble two- and three-team deal structures to land a package that would include a top-25-level player.” Shams Charania of The Athletic also reported they were “ramping up their efforts to spark multi-team trade scenarios to move Simmons,” although he noted “it’s unclear how much traction Philadelphia truly has on any move.”

If the Sixers hold firm on their demand for an All-Star-caliber player in exchange for Simmons, they might wind up having to wait until next offseason to offload him.

As ESPN’s Kevin Pelton and Bobby Marks noted Monday, it’s unclear whether any top-25 players are available at the moment. The Portland Trail Blazers appear amenable to dangling CJ McCollum—and Damian Lillard “would like to play” with Simmons, according to Charania and Sam Amick of The Athletic—but “a package centered around” McCollum is “not currently of interest to the Sixers,” according to Kyle Neubeck of PhillyVoice.

Charania and Bob Kravitz of The Athletic reported last week that the Indiana Pacers “are moving toward a substantial rebuild and are expected to open up trade conversations around some of their veteran stalwarts,” including Domantas Sabonis, Myles Turner and Caris LeVert. However, Sabonis is the only one of that trio who even approaches All-Star territory, and his positional overlap with Joel Embiid and Tobias Harris makes him a questionable fit in Philadelphia.

The Sixers have long hoped to pry Lillard out of Portland, but the six-time All-Star forcefully rejected trade conjecture while speaking with reporters last Friday. Washington Wizards guard Bradley Beal and Boston Celtics swingman Jaylen Brown figure to be on the Sixers’ list of potential targets, but both are far less likely to be moved midseason than they are next offseason.

And then there’s the elephant in the room: James Harden.

“If a strong enough deal for Simmons never comes Philadelphia’s way this season, there have been ongoing whispers about a free-agency sign-and-trade for Simmons that would allow Harden to join forces with Embiid and rejoin [team president] Daryl Morey,” Bleacher Report’s Jake Fischer reported Tuesday.

The Sixers nearly traded Simmons and Matisse Thybulle to the Houston Rockets in a package for Harden in January, according to Keith Pompey of the Philadelphia Inquirer, before the Brooklyn Nets outbid them. If Harden decides to test free agency by declining his $47.4 million player option for the 2022-23 season and the Nets aren’t willing to sign him to a max contract, a sign-and-trade for Simmons might be among their best options.

But can the Sixers afford to wait that long on a Simmons trade, knowing they’d be likely wasting a year of Embiid’s prime?

Without Simmons, the Sixers have scuffled out to a 15-13 record that has them tied with the Washington Wizards for the No. 6 seed in the East. A COVID-19 outbreak that sidelined Embiid, Thybulle and Harris for multiple games derailed their early-season momentum, but they’ve rarely looked like a legitimate contender even at full strength.

The Sixers are currently a +2400 to win this year’s title, and those odds likely factor in the possibility of a midseason Simmons trade. If the Sixers decide to punt on that until the offseason and Simmons never plays this year, it’s difficult to imagine them even advancing to the Eastern Conference Finals, much less the NBA Finals.

If the Sixers have reason to believe that Simmons will eventually rejoin them at some point this season, it’ll become far more reasonable to hold out on a trade until the offseason. Morey values optionality, especially for franchise-changing decisions such as this, and the Sixers will likely have a wider array of trade options next summer than they will between now and February.

But if they do decide to hold off on a Simmons trade until next offseason, that only ratchets up the pressure to land a legitimate All-Star in return.

A source told Amick in mid-November that “there are approximately 30 players who would satisfy the Sixers in a Simmons swap, and there’s an internal belief that a fair amount of them—let’s say five to 10—could become available in the next year or two.” However, there’s a vast difference between a star becoming available and the Sixers being the ones to land him, as they learned when Brooklyn outbid them for Harden.

The stakes will only grow higher for Morey the longer that this saga drags on. Many Sixers fans have grown exasperated and impatient, although the hope of a trade between now and Feb. 10 could temporarily ameliorate them.

There’s a non-zero chance that Simmons will still be on the roster beyond then, though. If that happens, the Sixers will effectively be throwing their title hopes out the window this year in favor of a longer-term swing at a star.

Simmons may be the Sixers’ last big trade chip with which to bring in that caliber of player. If Lillard, Beal, Harden and/or Brown become available over the offseason but the Sixers flip Simmons before then, they’ll likely have missed out on their best opportunity to upgrade their roster.

However, the Sixers need to weigh how realistic those options are before deciding to keep Simmons past the trade deadline. Holding out for a pipe dream could be even worse than selling low on him between now and February.

You have to go back to the start of the coronavirus pandemic to find mortgage rates as high as they are this week.According to the latest data … END_OF_DOCUMENT_TOKEN_TO_BE_REPLACED